What's On Disney Plus > Blog > Brands > Pixar > Beyond Infinity: Buzz and the Journey to Lightyear Review

Pixar gives everyone a look at the concept of Buzz Lightyear from his earliest beginnings in “Toy Story” to the Buzz Lightyear that inspired the toy in the behind-the-scenes documentary “Beyond Infinity: Buzz and the Journey to Lightyear.” The documentary allows the viewer to dive into his origins and his cultural impact to prepare for the next Pixar film. Plus, we get a look at the challenges the Pixar crew faced at in the 90s while coming up with the toy and the new challenges making a film about an actual Buzz Lightyear presented.

I’ve reviewed many of these behind-the-scenes documentaries, mostly from Marvel’s “Assembled” series, but I think this might be my favorite one so far. I was 10-year-old when “Toy Story” first hit theaters and I have been enamored with Buzz Lightyear ever since. He is one of my favorite Pixar characters, if not my all-time personal favorite. I love how out of touch he was with the fact that he was a toy. I loved that he really believed he was a space ranger. And I love the way Tim Allen plays the character with such earnestness that you can’t help but root for him. I was always going to be attracted to a Buzz Lightyear documentary. 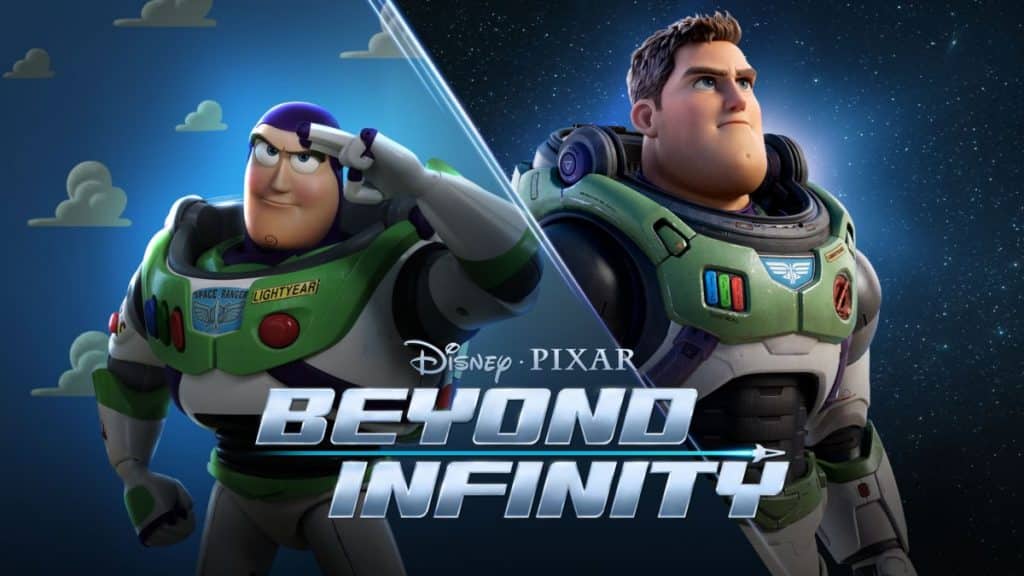 It’s quite interesting to me how they decided to come up with a movie about an actual Buzz Lightyear that inspired Andy to want the toy. I never considered the inspiration for Andy wanting a Buzz Lightyear toy from the films. He’s a kid and it’s a cool looking toy was really all I ever needed. But I am very intrigued to see where the “Lightyear” film goes with the story as it’s supposed to be the film that made Andy want the toy. Of all the “Toy Story” characters to get an origin story, Buzz makes sense, but I’m still not sure what made anyone say Buzz needed an origin story. Still, I’ll be ready to take it in.

I really loved hearing from Pete Docter about Pixar’s early years and how they decided to go from working on animated shorts to deciding to animate a Christmas special that eventually turned into the feature length “Toy Story.” I had never heard of Pixar when “Toy Story” came out, but when it was time for “A Bug’s Life” and “Toy Story 2,” I was eager to see what they could produce because of how great “Toy Story” was. Not all of their films have hit for me over the years as I’ve matured and the direction of the studio has taken some detours, but of all the studios Disney currently owns, it has the best track record. Sorry, Marvel and Walt Disney Animation Studios, but it’s true.

A good behind-the-scenes documentary, especially one released and viewed before a major film release, should make you more eager to see the upcoming film. This documentary does that in spades. I’m excited for “Lightyear.” I want to go back and watch the “Toy Story” films over again. I want to watch the “Toy Story” shorts and specials again. I was already excited, but this documentary has amped that excitement to infinity and beyond.

What did you think of “Beyond Infinity: Buzz and the Journey to Lightyear?”

Jeremy has been a big Disney fan since he was a kid growing up during the Disney Renaissance. One day he hopes to go to every Disney Park in the world.
View all posts
Tags: beyond infinity, Buzz and the Journey to Lightyear, Buzz Lightyear, disney, documentary, lightyear, pixar, review, toy story