The final two families are facing off for a chance in the finals of “Be Our Chef.” The final competition is inspired by “Toy Story.” The Robbins and Platt families had to make a favorite dish from childhood.

This episode did the absolute best at conveying the motivation for both families. I learned a lot more about the families and why their children, specifically, developed an interest in cooking and dishes. If you’re looking for a reason to pull for either family, this episode finally gave a good reason for both. In earlier episodes, we meet some of the family, but the source of inspiration for the families just didn’t resonate with me. This episode, I understood motivations and desperately wanted to see both families succeed.

The portion of the episodes where the families meet the characters from the movie that inspires the dish has been hit or miss for me. This episode was a definite hit. I love the “Toy Story” franchise, so seeing Woody, Jessie and all the rest was wonderful for me. It’s fluffy. It’s obvious advertisement for Disney, but it’s still something I enjoy. 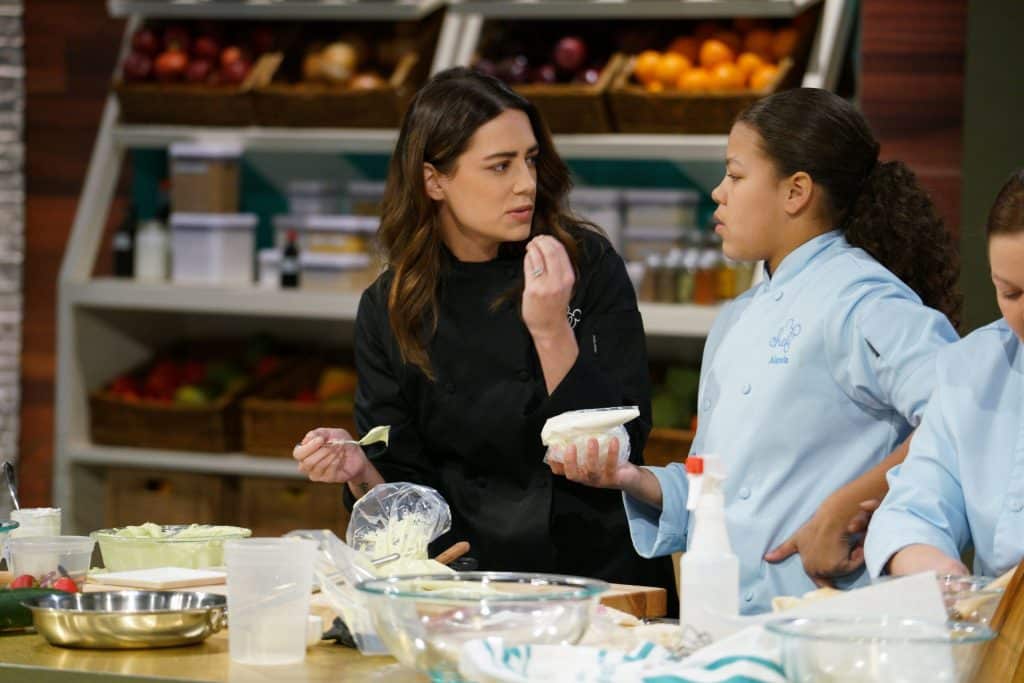 I love seeing these kids take charge and lead their families in coming up with ideas for the dish and then making the dish. This show is clearly geared towards families with kids and seeing a kid take charge in the kitchen can be inspiring for kids watching at home. I think it’s a great idea to help get kids off the couch and find a passion that motivates them, whether it be cooking or something else.

It’s another week of competition and another week of me wanting to try the dishes these families make in the kitchen. Both of them look absolutely delicious. I hope people watching at home have been inspired by these dishes and have taken it upon themselves to make these dishes at home. If there’s a second season, I hope Disney produces a montage of pictures of dishes attempted by people at home that were inspired by what they saw on the show.

When it’s all said and done, the Robbins family wins, giving them three wins in the competition and setting up an interesting scenario. The Robbins, Platt and Wells families all won three of their competitions. So, to break the tie and decide which two families go to the finale, they used the Garden Games wins as the tiebreaker. That’s a creative way of tying in the Garden Games segment. It makes it more than just a competition for some type of advantage during the main competition. It adds an extra layer to the segment and gives the families more reason to compete.

After that tiebreaker, the Robbins and Wells families will square off in the finale and I hope Disney goes all out for it. The families have attempted many different types of dishes in the competition and I really want them to make a full meal using those different types of dishes. It would be a great way of incorporating everything they’ve worked on into the finale.