The first season of the Disney+ Original cooking competition series “Be Our Chef” is winding down as the Wells and Robbins families square off with a spot in the Grand Finale on the line. The dishes in this episode are inspired by Princess Tiana from “The Princess and the Frog.”

The opening segments where the families meet the Disney characters are hit and miss. They can be cute. They’re basically obligatory advertising for the Disney parks. But, some episodes they hang on the bit just a little too long. This is not one of those episodes. It was easy to follow along as the families met Princess Tiana and was downright enjoyable. As this series continues, we’ll see more of these. I hope they are more like this one and less like when the families met the characters from “Frozen.”

The strength of this series is the dishes the families make. Every single dish has had me wanting to try it at home. These families are talented in the kitchen and they are serving to inspire me to try some new dishes. That’s something that any cooking competition show worth its salt will do, and this one has shined in that department. It’s certainly fluffy from time to time, but it keeps me entertained. 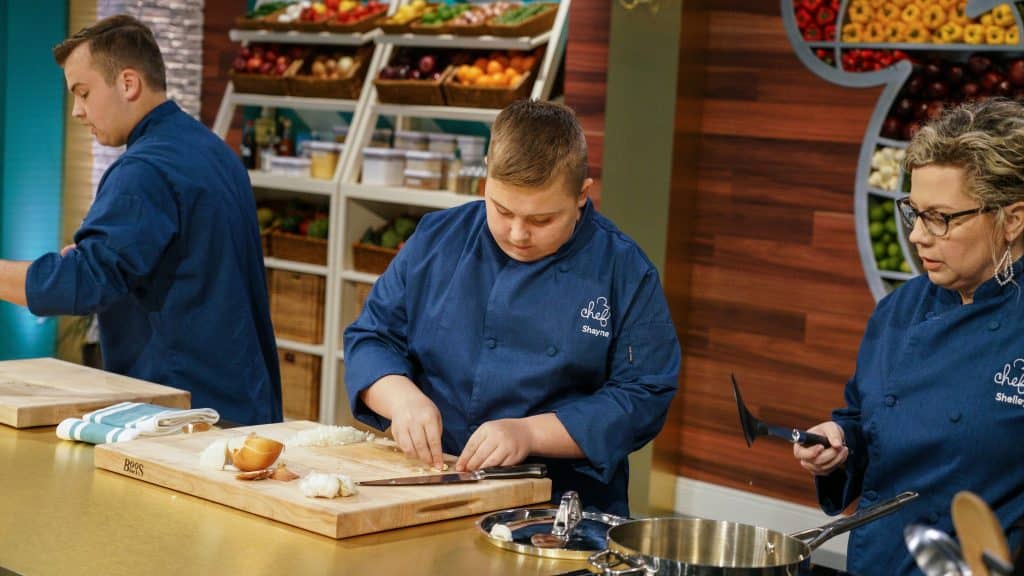 The Garden Game is always interesting and this week was no different. The Robbins family came through with a win and the ability to choose their reward. I’ve said it before and I’ll say it again, I prefer when the reward is extra time to finish the dish or extra help in the kitchen. The Robbins family chose to put the Wells family in timeout and I still don’t like it. I’ve accepted the timeout is part of the season, but I hope that it’s removed if there’s a second season.

In the end, the Wells family comes through with the win and it’s enough to clinch them a spot in the Grand Finale in two weeks. This continues the trend of every family who has used the timeout against their opponents having it come back to bite them as the Robbins family lost, just like every other family to use the timeout. There’s one more episode before the Grand Finale. The Robbins family will take on the Platt family. I’m interested to see who will get their second chance at the Wells family. It’s been a solid season, but there’s some definite room for improvement if the show gets a second season.

Jeremy has been a big Disney fan since he was a kid growing up during the Disney Renaissance. One day he hopes to go to every Disney Park in the world.
View all posts
Tags: be our chef, disney, Disney+ Original, retro review, review