Be Our Chef: Episode 108 “Worth Melting For” Review

What's On Disney Plus > Blog > Brands > Disney > Be Our Chef: Episode 108 “Worth Melting For” Review

Be Our Chef: Episode 108 “Worth Melting For” Review

Two more families are back in the Disney kitchen for the 8th round of the Disney+ cooking series “Be Our Chef.” In this round, the families must make a dish inspired by Elsa’s ice powers from the hit film “Frozen.” This episode is very important because it gives the Platt family a good chance at locking up a spot in the finale while the Merrill family needs the win to stay alive in the competition.

Before making their way to the kitchen, the families head to the Norway pavilion at Epcot to meet Elsa, Anna and Olaf. We’ve covered how Disney uses this segment as an ad for the parks and I’ve got to say this is my least favorite of these segments. Personally, I think that’s because I don’t particularly like the “Frozen” movies. I find Olaf to be the most annoying character in cinematic history, so I find no appeal in meeting him at the Disney parks, but it was nice for the kids in this competition.

Once in the kitchen, this is one of my least favorite of the Garden Games. The game itself wasn’t too thrilling and the win is a timeout where the winning family can force the other family out of their little cooking area for three minutes. I’m not a fan of this reward for the Garden game. I’ve said it before and I’ll say it again, I don’t like the idea of directly punishing the opposing family because they didn’t win some side game. I like the concept of the games, but this reward needs some work. The first time it was used, it actually backfired against the family using it and made things work for the family forced into timeout. It was poetic justice and I hope it’s that way every time until Disney does away with this reward. 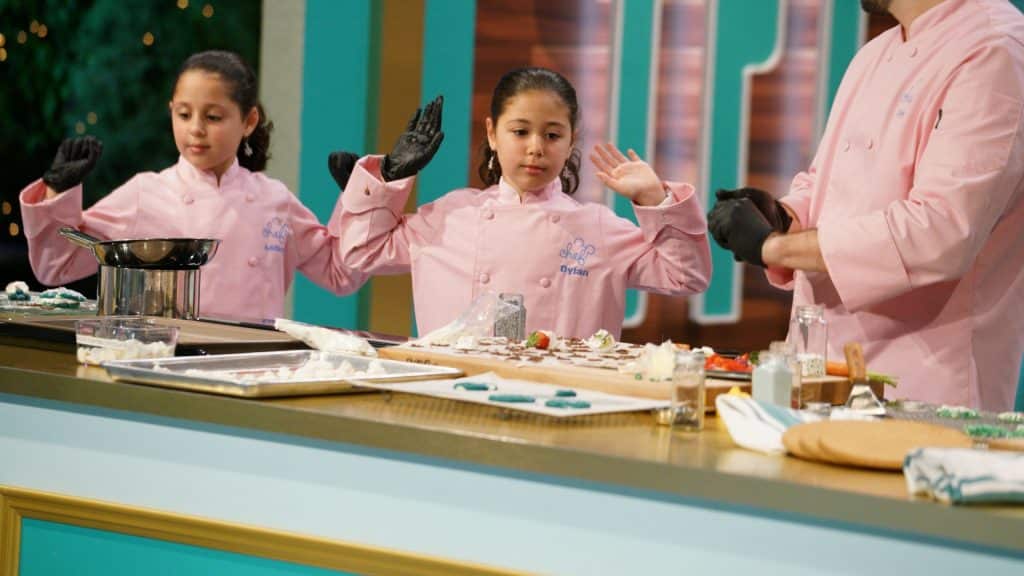 Chef Amanda makes her way back into the Disney kitchen to just this week’s competition. I can’t express how much I absolutely love the Disney chefs. They make the show, in my opinion. They bring their expertise into this friendly cooking competition and make things better. I’m telling you there’s a market for a more adult-oriented cooking or reality show featuring the Disney chefs.

In the end, the Platt family’s dish comes away with the win giving them 3 wins in the competition. The Merrill family falls to 1-3 in this competition and that’s not enough to get them to the finals. I think there’s a chance the Platt family could still miss the finale, but as of right now, the Platts have the inside track.

I really hope the finale of this show has the families making a multi-course meal using some of the ideas they’ve worked with in the earlier rounds. I think that would be a great idea to tie the competition together.

Jeremy has been a big Disney fan since he was a kid growing up during the Disney Renaissance. One day he hopes to go to every Disney Park in the world.
View all posts
Tags: be our chef, disney, Disney+ Original, review, Worth Melting For