James Cameron introduces the world to Pandora as he brings one of the most anticipated films in history to the big screen in “Avatar.” The film gives us a look at a group of Americans who end up trying to forcibly remove people from their home and knock down the trees because the forestland stands in the way of development. It’s basically the plot to “Pocahontas.”

This film is hauntingly beautiful. The CGI makes the people of Pandora look amazingly realistic considering it’s supposed to be a race of giant, blue people. The forestry is amazing to see. This film is just beautiful and it’s easy to see why Cameron was inspired to create the world we see in this film. As I watched the film, I couldn’t help but be drawn to the background and appreciate how gorgeous it looked. I want to see a world like Pandora that is completely untouched. It’s something that should be preserved.

I joked earlier about it sharing a plot with “Pocahontas.” While it’s true that is the basic plot, it’s a history lesson we should all never forget. It’s an updated version of the European colonization of the Americas and how the Native Americans were forced from their lands because the stood win the way of “progress.” The Na’vi were seen as savages for living in trees and not having the technological advancements as the military, but the military are the ones acting like savages as they attack for no real reason and only want to claim the land for their own rather than recognize the need for shared resources. It’s one of the worst parts of world history and one that can be worked into almost any movie’s plot. 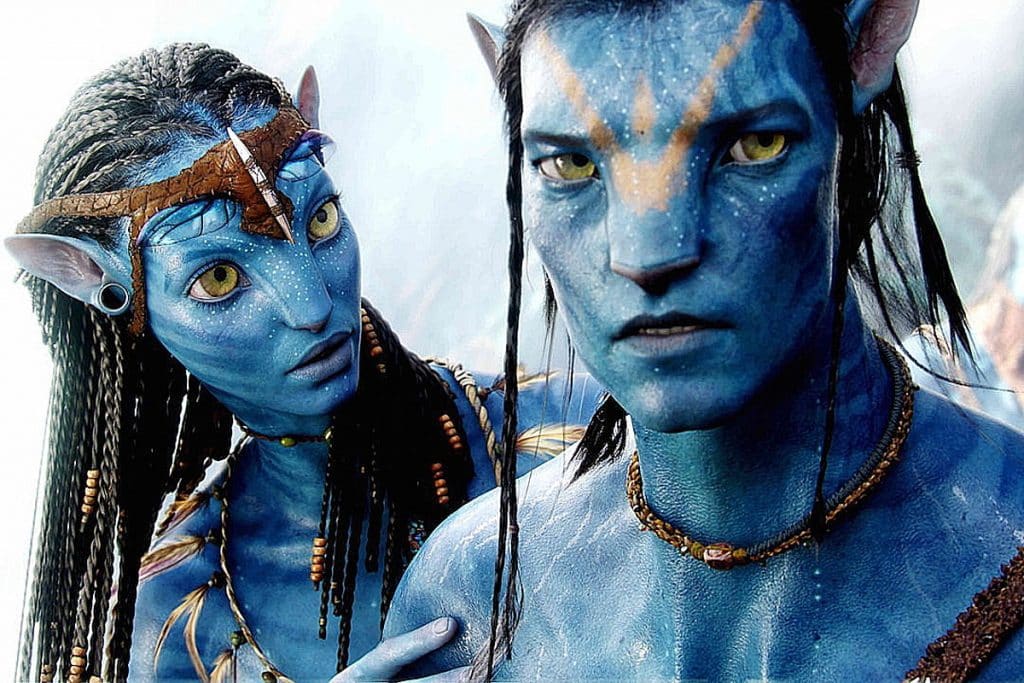 While the lesson is one we should never forget, it’s not the best version of that plot. I’ve seen it before. I’ll see it again. It’s appreciated, but at the end of the day, it doesn’t hit the way it should. I should be emotionally impacted by the attack on the Na’vi and the destruction of a lot of their homeland. I recognize it’s wrong. I’m clearly not siding with the developers, but I don’t have an emotional attachment to the characters. Sam Worthington’s performance is completely wooden when he’s in human form and only slightly improves when he becomes a Na’vi. I like Zoe Saldana as an actress, but I’m not buying her performance here either. I don’t know why, I just can’t care about the characters.

I wanted to wait until they hype for this movie died down before I watched it, so I could put it in the proper perspective. Too much hype can influence perception and I wanted to judge it on its own merit. Now, that I’ve had that opportunity, I’m not really impressed. Visually, it was stunning. But, it’s a lesson I’ve seen before and I’ve seen done better before. Much of the film is forgettable. I enjoyed myself watching the film, but it’s not one I would tell other people they have to see. It’s a fine effort, but could’ve been better.

What did you think of “Avatar?”

Jeremy has been a big Disney fan since he was a kid growing up during the Disney Renaissance. One day he hopes to go to every Disney Park in the world.
View all posts
Tags: avatar, disney, fox, retro review, review