Since the invention of the multiplane camera for Snow White and the Seven Dwarfs in the 30s, Walt Disney Animation Studios has always been pushing the boundaries of filmmaking. Following Walt Disney’s goal to “keep moving forward”, Disney Animation has recently created and released multiple shorts using a virtual reality platform, allowing viewers to become fully immersed in a 360° Disney story. Jeff Gipson is the director of “Cycles”, a Short Circuit film originally presented in VR. In today’s interview, I speak with Jeff about “Cycles” and what is coming next for the Walt Disney Animation Studios. You can check out our full conversation below:

CORBAN: What was your first experience working with Disney, and how did you get involved with “Cycles”?

JEFF GIPSON: My first experience working with Disney was actually as a Pixar Undergraduate Program intern at Pixar in 2011. I came to Walt Disney Animation Studios in 2013 as a lighting trainee for Frozen. “Cycles” came about through the Short Circuit program at Disney Animation in 2017, where anyone at the studio can pitch an idea for a short through blind submission.

CORBAN: I love that Disney provides opportunities for people across the company to get involved in storytelling, and “Cycles” tells a truly great story! The short film uses a style similar to time-lapse technology to show the progression of time in the lives of Rae, Bert, and Rachel. Alongside changing the age and appearances of these main characters, how did you use the features of the house to convey a sense of time passing in the film?

JEFF GIPSON: The house is a major character in the film. We have subtle shifts in texture, light, and set dressing to help show the story of where Bert, Rae, and Rachel are in their lives at each moment. 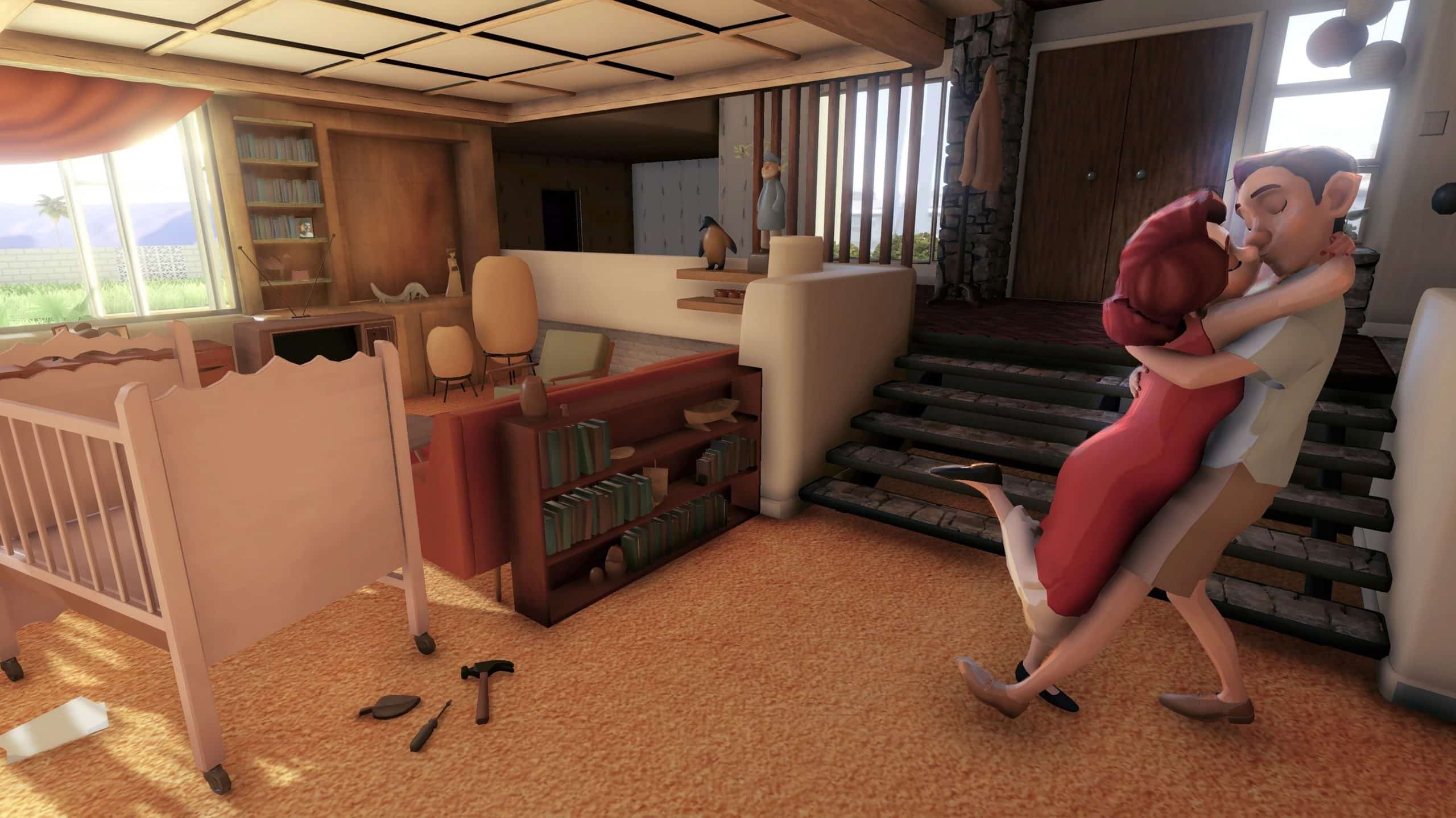 CORBAN: On a similar note, the final shot of “Cycles” features the house vandalized and in disrepair. Was the design of that house based upon a specific location, and what were you trying to convey to the audience by ending the short film this way?

JEFF GIPSON: The design was not based on an actual location but is definitely inspired by the homes I have seen and experienced on my weekends riding BMX around LA. It’s heartbreaking & sobering seeing the homes in similar condition; and in turn knowing that at one point this was someone’s childhood home, their first home, a place of comfort and happiness.

For me, the ending of the short is about impermanence. I think knowing and accepting that all of our journeys will end makes the present moment -wherever we are in our life- that much more special and precious. The ending is also about rebirth. Although not shown visually, if you listen closely the door to the home opens at the end.

CORBAN: “Cycles” has a message of hope and opportunity that continues to resonate long after its final shot. A few years ago, I had the opportunity to see “Cycles” in virtual reality before it came to Disney+, and it was mind-blowing! How does the process to create a VR short film compare to your experience working on non-VR short films like “Olaf’s Frozen Adventure” and “Inner Workings”?

JEFF GIPSON: Thank you! I think developing the story is always the most important part of the creation of any film. The two mediums share that very much in common. With VR there is the added challenge of answering “Why is the short in VR?” and “How do you create the story in a way that is clear for the audience to follow – both in the story as well as visually?”

In both “Cycles” and “Myth: A Frozen Tale”, the space is a huge part of the storytelling and we use visuals to help guide the audience through the film. We also use different technologies to create VR/ Real Time films than we would typically use on the other shorts I have worked on

I think the previsualization process of creating a VR film is much different as well. Storyboarding the film in a traditional sense helps but is not how the audience will ultimately view the film. Our technology team (Jose Gomez, Ed Robbins, and Mike Anderson) have created amazing techniques that help get a sense of the story early on in the VR headset.

CORBAN: There is a ton of potential for the VR platform, and “Cycles” was the perfect example of the depth of story that a VR short film could create. As you mentioned, you also directed the short film “Myth: A Frozen Tale” to accompany the release of Frozen 2. What was the inspiration behind that short film, and how does the VR platform allow you to show off the worlds of Frozen 2?

JEFF GIPSON: The inspiration for “Myth” came from my love of the bedtime stories I was told as a child. I started to imagine what would be a bedtime story if you grew up in or around Arendelle. I really focused on the elemental spirits and loved how they lent themselves to VR. The scale of the Earth Giants, the power of the water Nokk, the tiny cute Fire Salamander, and the beautiful wind are incredible characters to bring into VR.

Working in VR allowed for the audience to be transported into a storybook & stylized world of Frozen 2. having Brittney Lee as our production designer was incredible. She brought such a unique take on the worlds; they feel very much familiar to the world of Frozen but also have a unique sense of Disney films and art of the past.

CORBAN: While I have not seen “Myth: A Frozen Tale” yet, I am beyond excited to watch it when it lands on Disney+ on February 26! In the meantime, do you have any future projects in the works?

JEFF GIPSON: I can’t talk much about what is next, but definitely excited about the stories that can be told through new and emerging technologies.

CORBAN: I cannot wait to see what comes next from your team at the Walt Disney Animation Studios! Thanks so much for joining me to chat about “Cycles” – it was so great getting to hear your story!

To the reader, you can watch the Short Circuit film “Cycles”, now streaming on Disney Plus. And don’t forget to tune in to “Myth: A Frozen Tale” on Disney+ on February 26!

Corban has been a lifelong fan of The Walt Disney Company. Disney music is often the soundtrack of his life, and he loves listening to a new film score. In between new episodes of The Mandalorian, you can often find him planning his next trip to the Disney Parks or rewatching classic Disney TV shows.
View all posts
Tags: disney, disney plus, Disney+ Original, disney+ short circuit, disneyplus, frozen 2, interview, myth a frozen tale, short circuit, Walt Disney Animation Studios