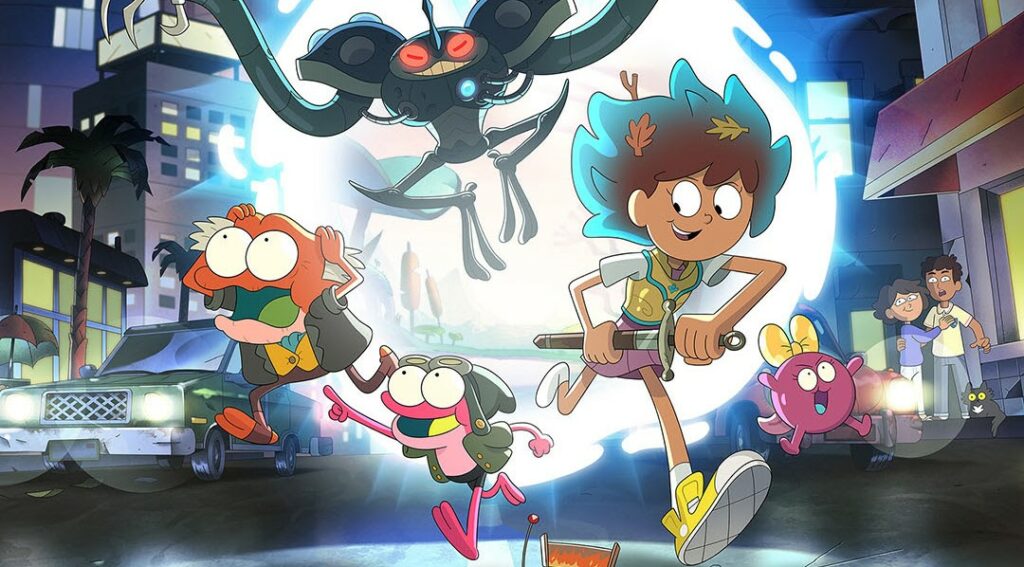 Disney has released a new sneak peek at the upcoming third season of “Amphibia”, which is returning to the Disney Channel, with new episodes dropping every Saturday throughout October and November.   It was previously revealed that new episodes from the third season will be released on Disney+ in the Fall, however, no exact Disney+ release date has yet been announced.

Season three of the Emmy Award-nominated series finds Anne and the Plantars transported from Amphibia to her hometown of Los Angeles, where the Frog Family must learn to navigate the complexities of this modern-day world, conceal their identities as talking frog people and search for a way home.

The first two seasons of “Amphibia” are available on Disney+ now.

Are you excited about the third season of “Amphibia” ?