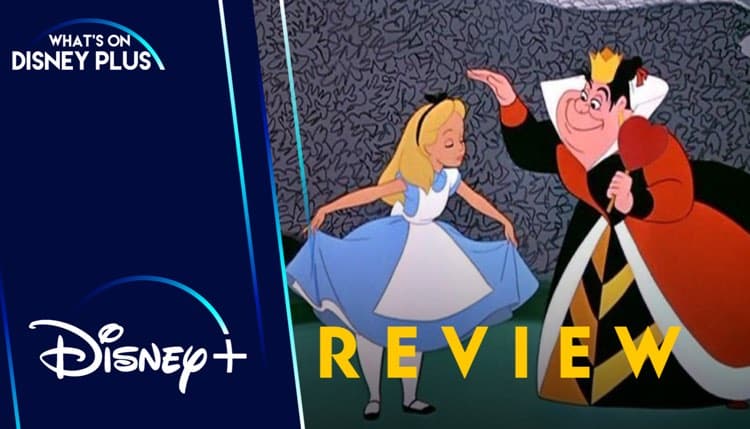 The Walt Disney Animation Studios takes a wild look at the animation narrative with the second film from Disney’s Silver Age, “Alice in Wonderland.” The film follows Alice as she chases the White Rabbit down the hole into Wonderland where she meets the craziest bunch of characters ever put to animation. She meets Tweedle-dee, Tweedle-dum, the Cheshire Cat, the Mad Hatter, the March Hare and the Queen of Hearts among others before finally waking up and learning it was all a dream.

When I was a kid, I thought this was the weirdest film I had ever seen. Years later and after seeing the films made by the Beatles, this is still the weirdest film I have ever seen. I understand this is a classic that has a lot of fans, but I’m still not one of them. It’s animated well. The story is easy to follow, even if it’s incredibly unusual. But, I just don’t enjoy myself when I watch this. It’s far from the worst Disney film I’ve ever seen, but it’s far from my favorite. I have been watching the Walt Disney Animation Studios films in order and that may have made me dislike this viewing more than previous ones. This film immediately follows “Cinderella” in chronological order and that works against this film when watching them in order. “Cinderella” is almost incomparable. And, while nothing really compares to this film either, it’s for an entirely different reason. Given that it’s not a sequel, it’s not fair to compare this film to previous ones by the studio, but it just feels disappointing after recently watching “Cinderella.”

There are still a lot of great things about this film. The characters are unforgettable. From the White Rabbit being late to the Mad Hatter and March Hare celebrating their unbirthdays and the Queen of Hearts shouting “off with their heads,” it’s certainly memorable. And, while some early Disney works have major issues as we progress as a society, the only disclaimer on this film is for tobacco use which is completely understandable.

I wonder if I would like this film better as a series of short chronicling Alice’s journey rather than a feature length movie. Every stop Alice made, I found things I liked, even if I didn’t enjoy the movie as a whole. I’m curious if Disney would consider breaking this up as shorts and presenting it that way while leaving it as feature length movie for those who love it. I know Disney is currently working on a new children’s series featuring Alice and I think that’s a great idea. The character is iconic and 70+ years after the film’s release, Disney should still be building on her popularity.

What did you think of “Alice in Wonderland?”

Jeremy has been a big Disney fan since he was a kid growing up during the Disney Renaissance. One day he hopes to go to every Disney Park in the world.
View all posts
Tags: Alice in Wonderland, disney, retro review, review, Silver Age of Animation, Walt Disney Animation Studios