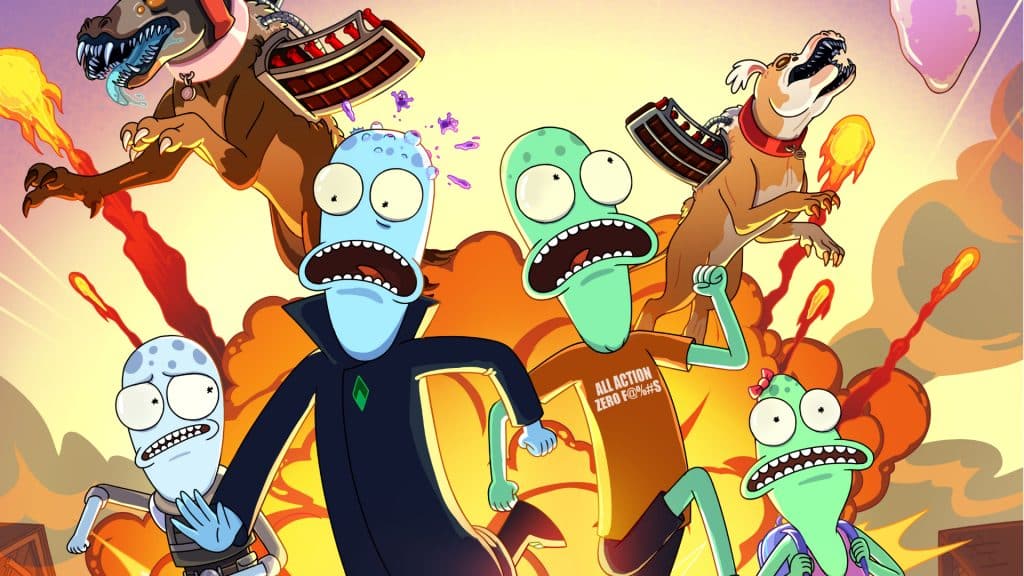 Earlier this year at the San Diego Comic-Con, 20th Television revealed during a panel, that a Halloween special of the Hulu/Star Original animated series, “Solar Opposites” would be coming this fall.

Today, Disney has announced that “A Sinister Halloween Scary Opposites Solar Special”, will arrive on Hulu on Monday, 3rd October 2022.  The series is also released as a Star Original on Star+ in Latin America and on Disney+ around the world. However, a release date hasn’t yet been confirmed.

Disney has also released a short video previewing the opening segment of the Halloween special:

Who’s ready for some boos? 👻 Get spooky with the #SolarOpposites Halloween Special, only on @hulu October 3. pic.twitter.com/e02AhCYIEA

The first three seasons of “Solar Opposites” are also available to stream on Hulu in the United States and on Star+ in Latin America, and on Disney+ around the world.

Are you looking forward to a Halloween special of “Solar Opposites?