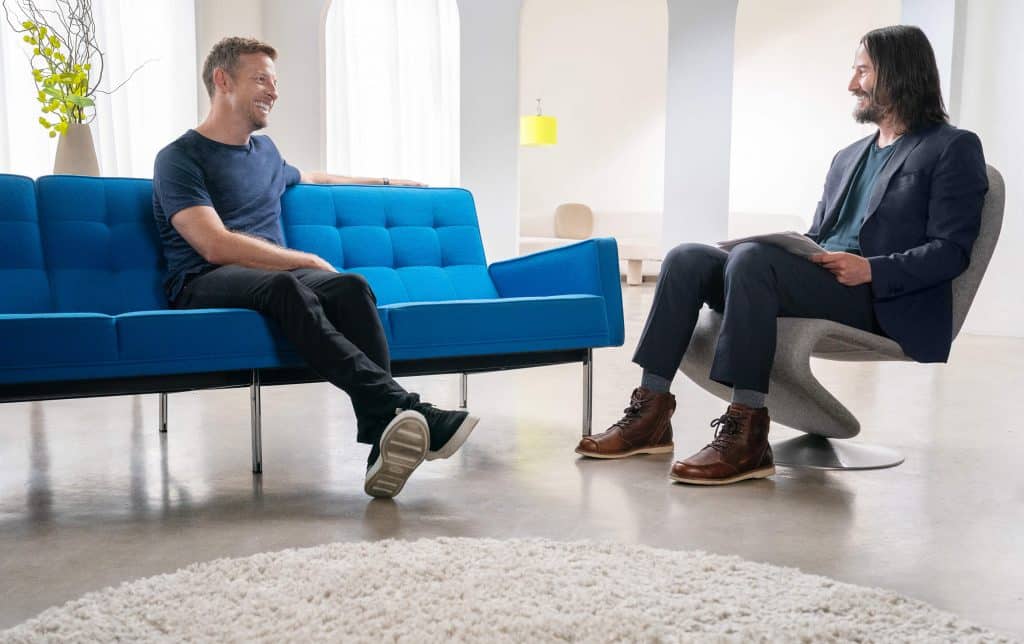 From global Hollywood icons to British reality royalty, the slate includes a diverse range of documentaries, working with award-winning creative talent and household names to bring local relevance to Disney+, alongside its iconic entertainment brands that subscribers already know and love.  The UK originals will premiere on Disney+ in EMEA and Asia Pacific.

The five new projects have been commissioned by Sean Doyle, Director of Unscripted Content, EMEA, for Disney+. Across EMEA alone, Disney’s International Content and Operations team plan to create 60 local productions by 2024, continuing to work with outstanding creators and premium producers as part of the company’s commitment to source, develop and produce high-quality original productions from around the globe.

“Our aim was to find brilliant once-in-a-lifetime stories that showcase a wide range of subjects; and these latest projects truly deliver on that promise. We’re working with our elite creative partners on this slate, reflecting the UK’s status as an unscripted powerhouse and establishing Disney+ as a destination for unscripted titles.”

Here are the details on the five new Disney+ series:

Wagatha Christie (working title), is the jaw-dropping story that has gripped a nation.  It will be told through exclusive access to the woman at the heart of it all, Coleen Rooney, alongside interviews with family, friends and key players involved in the resulting trial.

Uncovering one of the biggest tabloid news stories in Britain for the last decade, it reveals how Coleen turned amateur online sleuth to find an explanation for why private stories concerning herself and her family continued to appear in the media.

The three-part series will take viewers from the circumstances that led to her infamous Instagram post that ‘broke the Internet’ all the way to Coleen being a successful defendant in one of the UK’s highest-profile High Court defamation cases brought against her by Rebekah Vardy.

In a story for our times, Wagatha Christie will reveal how fiercely determined and resilient Coleen had to be in order to protect her family from the challenges presented by the traditional and social media landscapes.

As well as the case itself, we will explore how Coleen has had her life played out in public for the last 20 years.  We know her as one of Britain’s most famous celebrities and wife of England’s record-scoring footballer Wayne Rooney.  This series is Coleen’s story of a working-class teenager turned confident mother of four and businesswoman.

Wagatha Christie will be produced by Lorton Entertainment in association with Dorothy Street Pictures.

Brawn; The One Pound Formula 1 Team

2009, in the most expensive and technologically advanced racing series on earth, the impossible happened. An understaffed, underfinanced and independent team won the World Championship. A Formula 1 fairytale, the series tells the extraordinary story of how Brawn GP pulled off a sporting miracle that shook the F1 world.

It is told by the people who were there – on the track, in the garage and the boardroom – giving their own thrilling versions of a miraculous year. The new series has exclusive access to the F1 archives – much of it previously unseen – from a year global sport will never forget.

Keanu Reeves, who is conducting the interviews, as well as narrating the series, said: “I am honoured to be a part of telling the incredible story of Brawn GP and their remarkable F1 Championship Season in 2009 with those who lived it in this four-part documentary series. It has been great to have the support of Disney+ and producing partnership with North One to bring this story to life.”

“Brawn; The One Pound Formula 1 Team” (working title) will be produced by All3Media indie North One.

Finding Michael, from Shine TV, part of Banijay UK, is an emotionally driven, feature length original documentary. In 1999, Michael Matthews became the youngest Briton to summit Mount Everest. But three hours after he reached the top of the world, aged just 22, he disappeared into blinding snow and his body has never been found.

23 years later, his brother British entrepreneur and broadcaster Spencer Matthews sets out on a journey to Everest to find Michael.

Heading up the expedition team is Nirmal ‘Nims’ Purja MBE – the world record holder for climbing all 14 mountains over 8,000 metres the fastest.

As they follow in Michael’s footsteps, Spencer and Nims face unexpected and extreme challenges as well as intense time pressures when the weather closes in.

The documentary was developed by Shine TV with The Natural Studios (a joint venture with Banijay) attached as co-producers. Executive producers are Jon Swain and Tom Hutchings for Shine TV; Bear Grylls and Delbert Shoopman for The Natural Studios. Director is Tom Beard (“The Year Earth Changed” for Apple TV).

In Vogue: The 1990s tells the inside story of the fashion that defined a decade—and the decade that inspired the fashion—celebrated by those who were in the front row and behind the scenes.

From Vogue Studios and Raw, this series offers unparalleled access to the insights of both Vogue’s top editors, including Anna Wintour, Chief Content Officer, Condé Nast, and Global Editorial Director, Vogue; Edward Enninful, Editor in Chief, British Vogue and European Editorial Director, Vogue; Hamish Bowles, Editor in Chief, The World of Interiors and Global Editor at Large, Vogue; and Tonne Goodman, Sustainability Editor, Vogue – as well as the era’s most influential names. The series will showcase rare, never-before-seen archives from key figures in the industry. Featuring a cast of iconic figures from the world of 90s fashion, music, and film, this is a landmark series that will reveal the untold story of the decade’s most celebrated pop cultural moments and movements, told to us by the designers, artists, actors, and musicians who defined them. It is the story of how high fashion and mainstream culture came to influence one another.

Anna Wintour said in a statement:

“The 90s was such an exciting and important decade for fashion. It was the period when fashion entered the mainstream–when it became inescapable, culturally relevant and full of iconoclasm and expression and difference.  The personalities were larger than life too. This series will capture all of that and I’m thrilled it’s coming to Disney+.”

How has a small corner of North London changed music as we know it? This evocative series will reveal the extraordinary untold stories of how the lives and careers of many of today’s most iconic music acts were shaped by Camden, alongside some of the careers that were broken by it. With access to some of the biggest music stars in the world whose lives were changed forever by this tiny part of London, this series will finally give Camden the recognition it deserves on a global stage.

“I’m a born and bred North Londoner and Camden has been a key part of my life; I’ve had all sorts of experiences there: good, great…and edgy. This series celebrates an ever-evolving music scene in a unique place which has always been at the forefront of counterculture and has a musical legacy to match anywhere in the world. I am delighted to be working with Lightbox and Day One and we are hugely excited that Disney+ has given us a global platform for to tell this special story.”

Camden is a Lightbox production in association with Day One Pictures. Asif Kapadia is Series Director. Series Producer is Gaby Aung. Executive Producers are Simon Chinn, Jonathan Chinn and Suzanne Lavery for Lightbox and Nick Shymansky, Jasper Waller-Bridge and Ben Friedman for Day One Pictures.

Which of these new Disney+ Originals are you interested in?