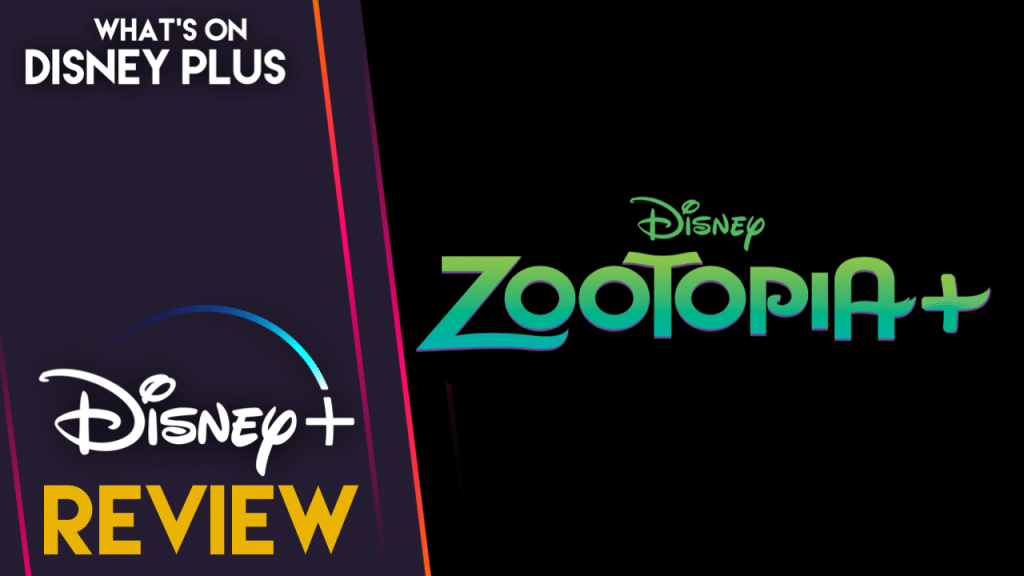 Way back at the Disney Investor Day in 2020, a new series of shorts based on the smash-hit film, “Zootopia” or “Zootropolis” if you’re in Europe, and now almost two years later, all six shorts will arrive on Disney+.

Each short is about 7 minutes long (with credits), and the six shorts take place during the original film’s events.  Some of the shorts have a slightly different TV format, such as one is based on the “Real Housewives” and another is an “America’s Got Talent” style.

One short tells the story of what happens when Judy Hopps heads off from Bunnyburrow on a train to Zootropolis, but little did we realise that one of her younger sisters also jumped on board the train, leading to Judy’s parents racing to rescue the little bunny from disaster.  This is a fun short, but there are a few moments between the parents, where you think, it’s lucky any of their kids survived, but it’s one of my favourite episodes from the bunch. 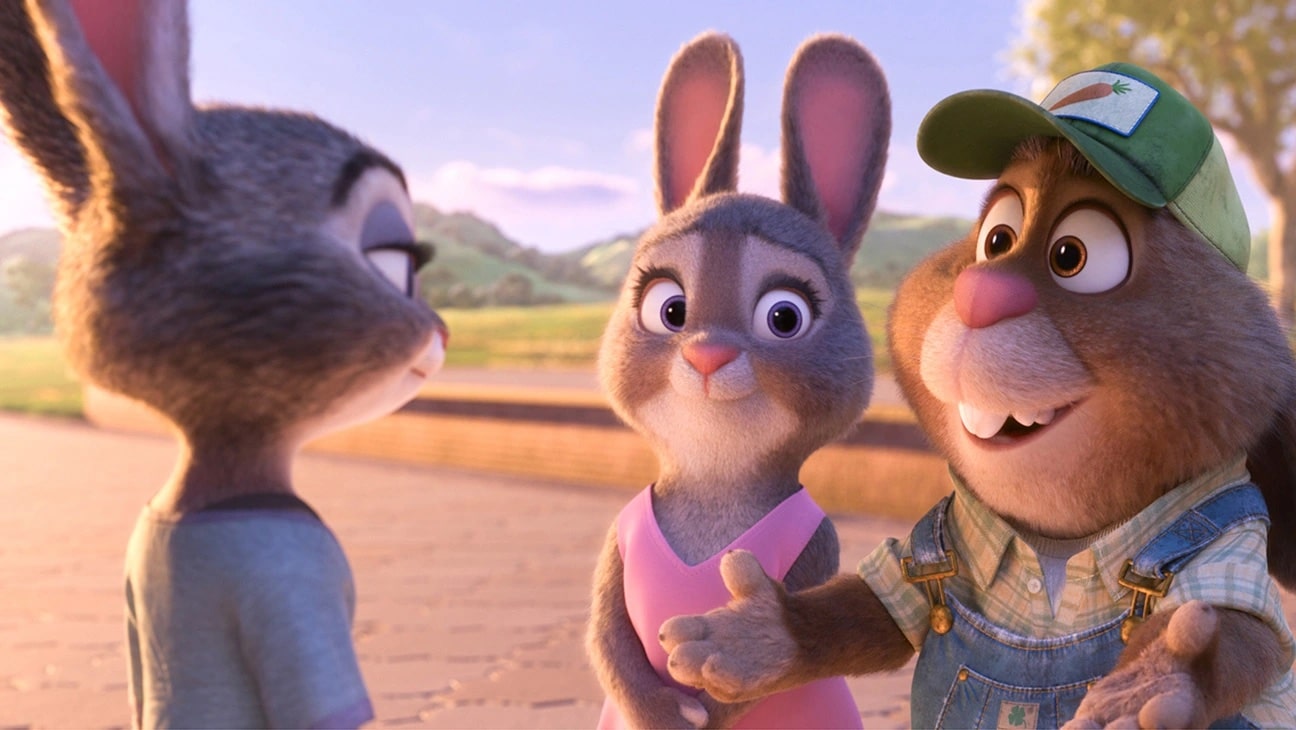 Probably my least favourite short was “The Duke”, which is a musical number featuring Duke Weaselton trying to turn over a new leaf after being publically humiliated after being arrested by Judy Hopps in the film.   While the idea of the short is pretty interesting, there was a point during the song that I just wanted it to end, which is never a good thing.

The short that made me laugh the most was “The Real Housewives” themed one, which tells the story of Mr Big’s daughter FruFru and her friends, who are artic shrews. It pokes fun at the format of “The Real Housewives”, with FruFru and her friends talking to the camera about their issues with one another.  If you watch any modern reality show, this one will no doubt tickle you.

There is another short featuring Mr Big sharing a story at his daughter’s wedding about how his family’s history, with a “Godfather” theme.   We get to see Mr Big’s humble beginnings and how he stood up for his family and became a local hero, earning the respect of those around him.  It’s a fun little short and one of the highlights of the collection. 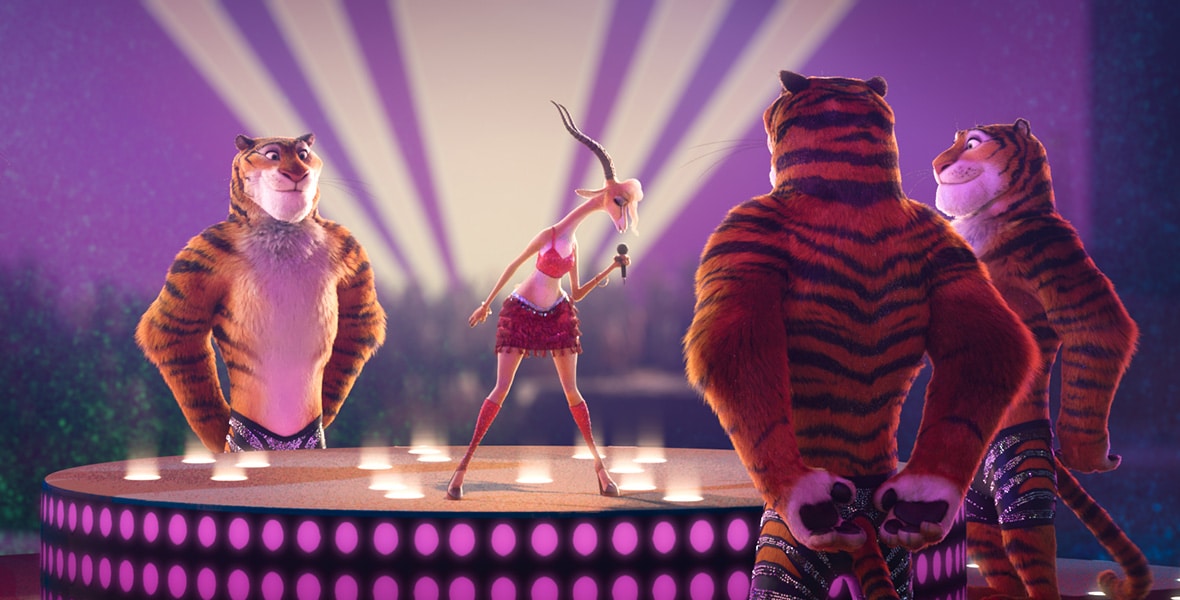 We also get to see a take on “America’s Got Talent” as ZPD dispatcher Clawhauser, tries to impress Gazelle with his dancing, but he needs a partner, who ends up being Chief Bogo.  It’s probably one of the weakest shorts in the series, but it still delivers a few laughs.

Another favourite short of this series features Flash the sloth, who is taking his girlfriend out on a date, but the waiter wants to get out of work by 6 pm to go watch a Gazelle concert.  But because everything Flash does is so slow, it just causes more frustration as she tries to speed things up.  There are plenty of moments that made me chuckle throughout.

Overall, “Zootopia+” is a nice little collection of shorts that expands out the side characters a little from the original film.  They do feel like something that would have just been included on a DVD as a bonus feature, since all the shorts are just little bonus side stories and don’t really matter.

The animation feels on par with the original film, and many of the original voice actors returned to play the roles, but if you’re looking for a “Zootopia 2” or want to see more of Judy or Nick, this isn’t that.  It’s a nice little collection of shorts, and I enjoyed watching them, but I’m not sure I’d go back and rewatch them.  Younger kids might do, but sadly “Zootopia+” didn’t really feel like a step forward for the franchise, but more like side quests within the original film, that are fun and an easy watch.

Roger has been a Disney fan since he was a kid and this interest has grown over the years. He has visited Disney Parks around the globe and has a vast collection of Disney movies and collectibles. He is the owner of What's On Disney Plus & DisKingdom. Email: Roger@WhatsOnDisneyPlus.com Twitter: Twitter.com/RogPalmerUK Facebook: Facebook.com/rogpalmeruk
View all posts
Tags: review, zootopia+, Zootropolis