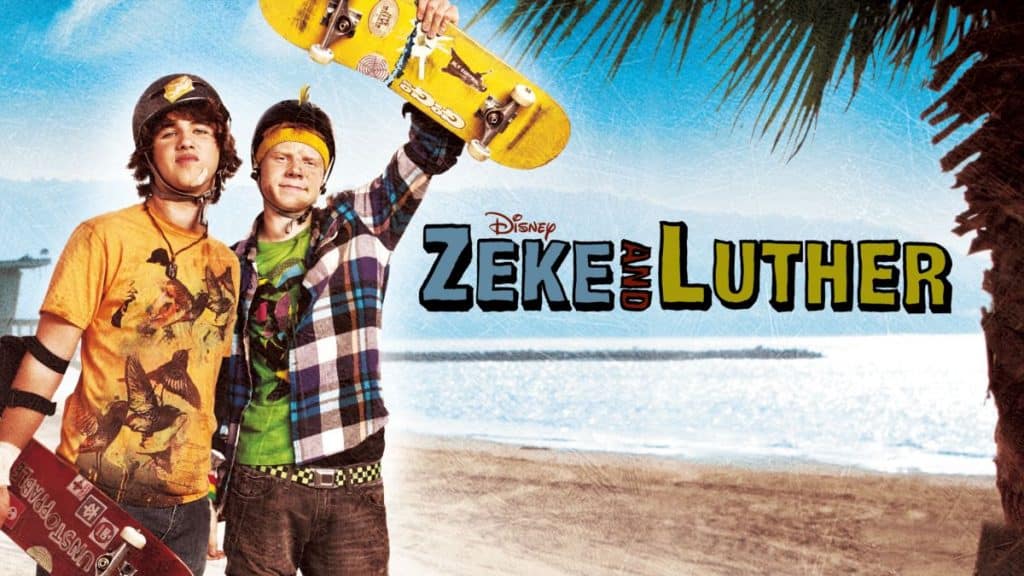 Disney has announced that all three seasons of the popular Disney XD series, “Zeke and Luther”, is coming to Disney+ in Canada on Wednesday 16th March 2022.

Best friends Zeke and Luther have set their sights on becoming world-famous skateboarders. Together they attempt to master the coolest tricks and enter the biggest competitions. Between skating and summer school, there’s also donut deliveries, girls, and a pair of Tony Hawk’s boxers! Zeke and Luther are determined to be the best skateboarders in Pacific Terrace, no matter what obstacles stand in their way!

Originally, the series aired on Disney XD in 2009 and ran for 73 episodes, across three seasons.

The series is currently available on Hulu in the United States and on Disney+ in Australia Hopefully, it won’t be too long until “Zeke and Luther” is available in other countries like the US and UK.

Are you looking forward to the release of “Zeke And Luther” ?

Roger has been a Disney fan since he was a kid and this interest has grown over the years. He has visited Disney Parks around the globe and has a vast collection of Disney movies and collectibles. He is the owner of What's On Disney Plus & DisKingdom. Email: Roger@WhatsOnDisneyPlus.com Twitter: Twitter.com/RogPalmerUK Facebook: Facebook.com/rogpalmeruk
View all posts
Tags: canada, zeke and luther