Work Has Already Begun On A Second Season Of Star Wars: The Mandalorian

What's On Disney Plus > Blog > Brands > Star Wars > Work Has Already Begun On A Second Season Of Star Wars: The Mandalorian 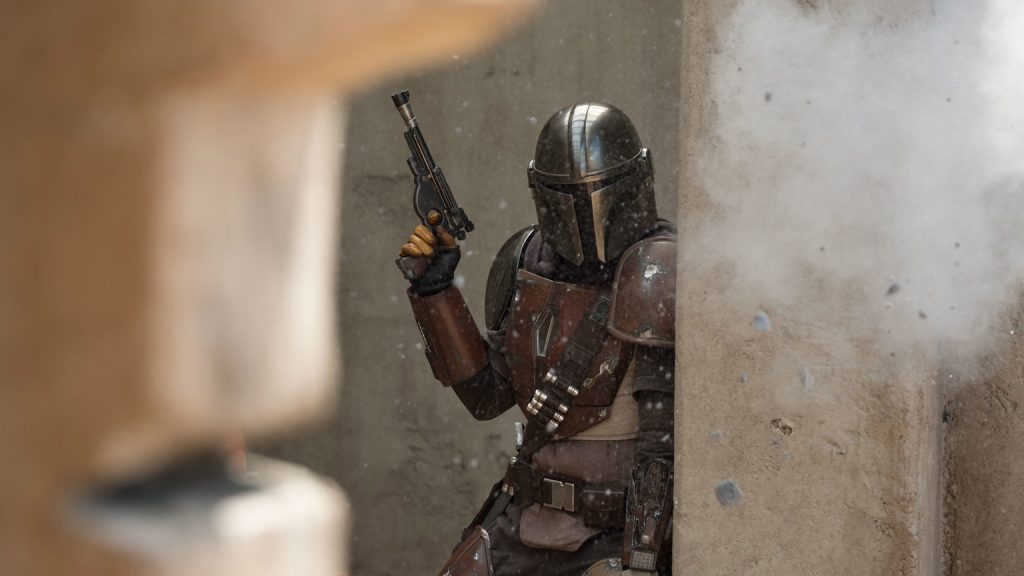 Work Has Already Begun On A Second Season Of Star Wars: The Mandalorian

Disney+ is months away from launching and we’ve yet to see anything officially from the new Disney+ Original series, Star Wars: The Mandalorian, while out promoting the new remake of Disney’s The Lion King, Jon Favreau has been talking about the new show, including on the Jimmy Kimmel Live Show, where he confirmed:

“We’re done with the first season and I’m actually writing part of the second season now,”

It’s about a bounty hunter, it’s after [the events depicted in] Return of the Jedi.  The Empire is gone and ll hell is breaking loose on the outer rim. It’s about the scum and villainy now that, once you take out the rule of law what happens is chaos takes over.”

“I keep getting pulled deeper into the orbit of Disney, but fortunately the stuff that Disney’s working on is the stuff that I love. I wanted to do a Star Wars TV show like The Mandalorian and pitched it to them and they were very open to it. I even wrote four episodes before I even was hired to do it because I was excited as a fan to see what these stories might be and see if they were interested in doing what I was interested in, which they were. And I was actually writing Season 2 this morning before I came here.”

“In The Mandalorian because we’re doing live-action production, we’re using the Epic game engine and using that to do real-time in-camera visual effects. So if you visited the set for The Mandalorian you would’ve seen a completely video-wall wrapped stage and we were in there filming the characters in the foreground, and oftentimes either blue screen or full digital versions of set extensions in the background with Parallax, because the positional data of the camera was informing the backgrounds, so it was like a translight that had perspective. So that allowed us to have environments—as long as we could build them digitally and put enough work into planning it, we could have the game engine be used for creating effects in a timeframe that allows us to get a TV season done.

But all of that requires us to use the same v-cam techniques in pre-production on The Mandalorian so that we know exactly what we need to see. So if you visited the set now as we’re starting to get into Season 2, it looks a lot like the set of The Lion King as we’re planning how we’re gonna shoot it ahead of time.”

Hearing work has already begun on a second season, shows Disney and Lucasfilm are confident in the series.

Star Wars: The Mandalorian will be coming to Disney+ on November 12th.