What’s Trending On Disney+ | The Simpsons Holds Onto #1 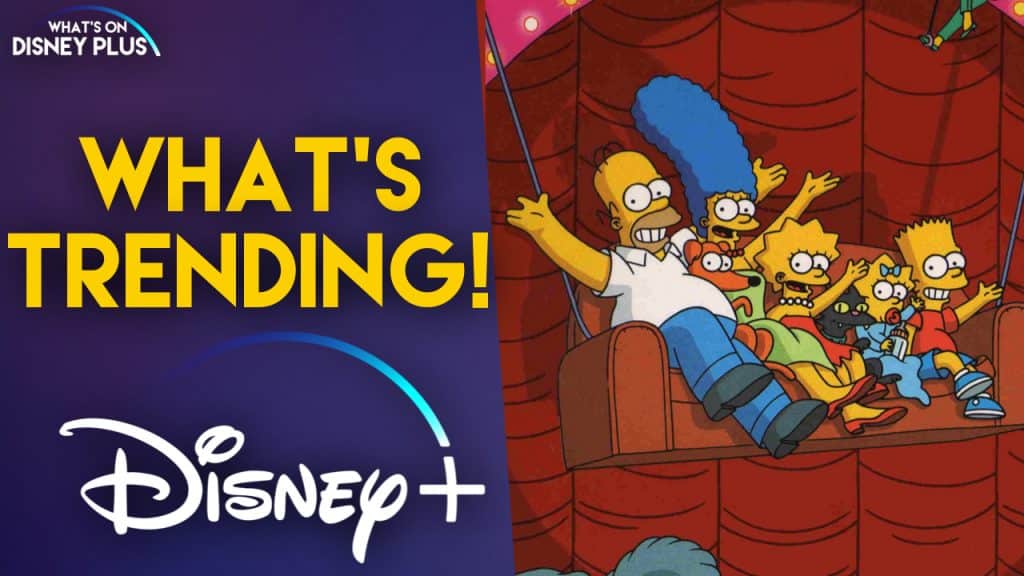 What’s Trending On Disney+ | The Simpsons Holds Onto #1

It’s Sunday and time to take our weekly look at what everybody is watching on Disney+, which is once again dominated by “The Simpsons”.

Here is the Disney+ Trending chart for the week ending Sunday 20th September 2020 for the United States:

This week’s only new entry is the ABC series “Once Upon A Time”, which was added to Disney+ on Friday and with over 150 episodes, this show will probably be sticking around on the trending chart for a while due to the binge nature of the series.

There are lots of re-entries into the trending chart this week, with many classic Disney movies like “Monsters Inc” shuffling around the bottom end of the chart.

With the second season of “Star Wars: The Mandalorian” due to arrive at the end of next month, fans have begun rewatching the show.