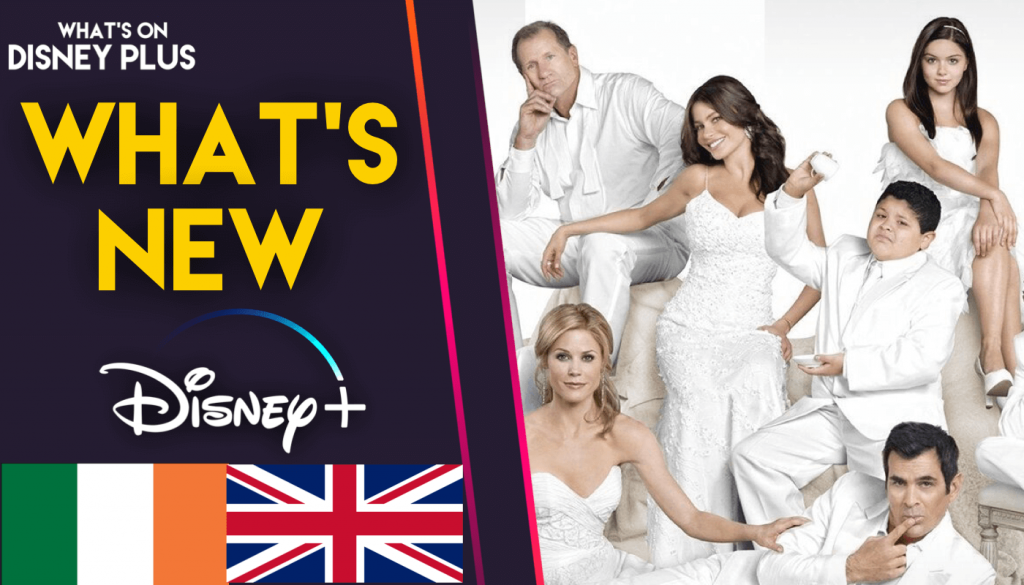 Disney+ is kicking off the new year with a brand new release, with the 10th season of the smash-hit series, “Modern Family” arriving on the streaming service in the United Kingdom and Ireland.

Modern Family” follows the diverse, complex, and sometimes nutty Pritchett-Dunphy-Tucker clan. The family is headed by Jay Pritchett (Ed O’Neill), who is now married to his second wife, the young, gorgeous Gloria (Sofía Vergara), assumed by some to be his daughter. In their loving care is Gloria’s daydreaming son, Manny (Rico Rodriguez). Jay’s driven daughter, Claire (Julie Bowen), and her real estate agent husband, Phil Dunphy (Ty Burrell), want an open, healthy relationship with their three kids, which isn’t always easy. Their oldest daughter, Haley (Sarah Hyland), grows up a little too fast. Middle child, Alex (Ariel Winter), is a too-smart-for-her-own-good daughter, and the youngest, Luke (Nolan Gould), is a rambunctious son. Where Phil wants to be the “cool dad,” Claire is determined to keep her kids from walking in the wayward footsteps of her younger days. Jay’s very serious son, Mitchell (Jesse Tyler Ferguson), and his gregarious husband, Cameron (Eric Stonestreet), become doting parents to Lily (Aubrey Anderson-Emmons), the sweet Vietnamese girl they adopt. Though life isn’t always tidy, politically correct, or predictable, it’s always loving, heartwarming, and hilarious for this blended, extended – and truly modern – family.

Will you be checking out “Modern Family” today?

Roger has been a Disney fan since he was a kid and this interest has grown over the years. He has visited Disney Parks around the globe and has a vast collection of Disney movies and collectibles. He is the owner of What's On Disney Plus & DisKingdom. Email: Roger@WhatsOnDisneyPlus.com Twitter: Twitter.com/RogPalmerUK Facebook: Facebook.com/rogpalmeruk
View all posts
Tags: modern family, what's new