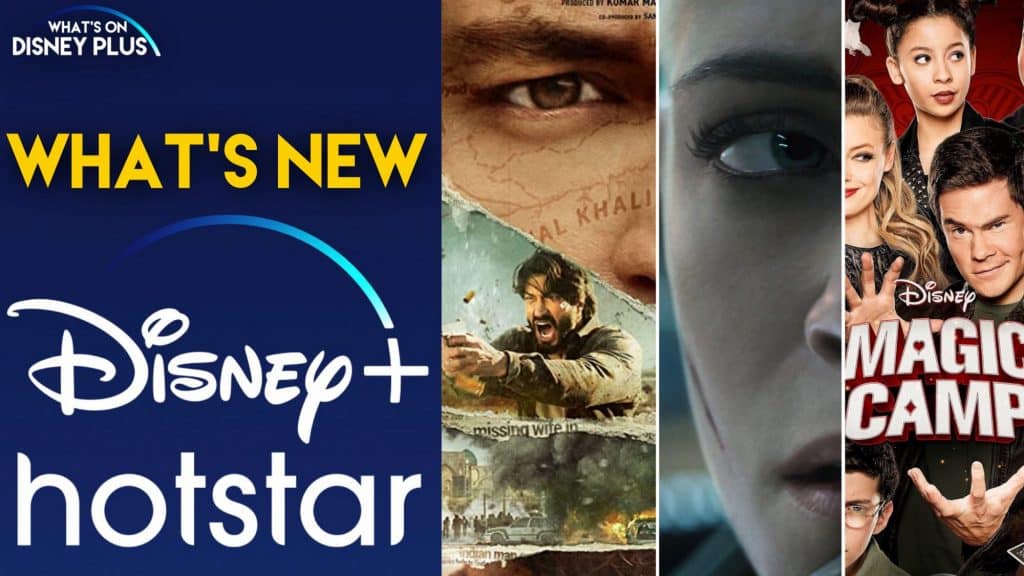 Disney+ Hotstar has had lots of new additions this week, including the newest Disney+ Original movie, Magic Camp, plus the latest 20th Century Studios blockbuster, Underwater and Khuda Haafiz.   In addition to new episodes of many HBO shows including the finale of Perry Mason.

Here is a look at everything that’s been added to Disney+ Hotstar this week:

A newly married couple’s life falls in jeopardy when the wife goes missing under mysterious circumstances.

Disaster strikes more than six miles below the ocean surface when water crashes through the walls of a drilling station. Led by their captain, the survivors realize that their only hope is to walk across the sea floor to reach the main part of the facility. But they soon find themselves in a fight for their lives when they come under attack from mysterious and deadly creatures that no one has ever seen.

On Earth, the characters investigate a series of energy anomalies while rebuilding S.H.I.E.L.D. and carrying on Coulson’s legacy, with Alphonso “Mack” MacKenzie taking over as director of the organization. They eventually come into contact with Sarge, a new threat to the world who looks like Coulson.

Loafer is an upcoming Telugu film directed by Puri Jagannadh. It features Varun Tej and Disha Patani in the lead roles while Revathi and Posani Krishna Murali appear in crucial supporting roles.

I May Destroy You: Season 1, Episode 11 “The Cause the Cure”

What are you going to be watching on Disney+ Hotstar this week?

Roger has been a Disney fan since he was a kid and this interest has grown over the years. He has visited Disney Parks around the globe and has a vast collection of Disney movies and collectibles. He is the owner of What's On Disney Plus & DisKingdom. Email: Roger@WhatsOnDisneyPlus.com Twitter: Twitter.com/RogPalmerUK Facebook: Facebook.com/rogpalmeruk
View all posts
Tags: disney+ hotsrar, what's new