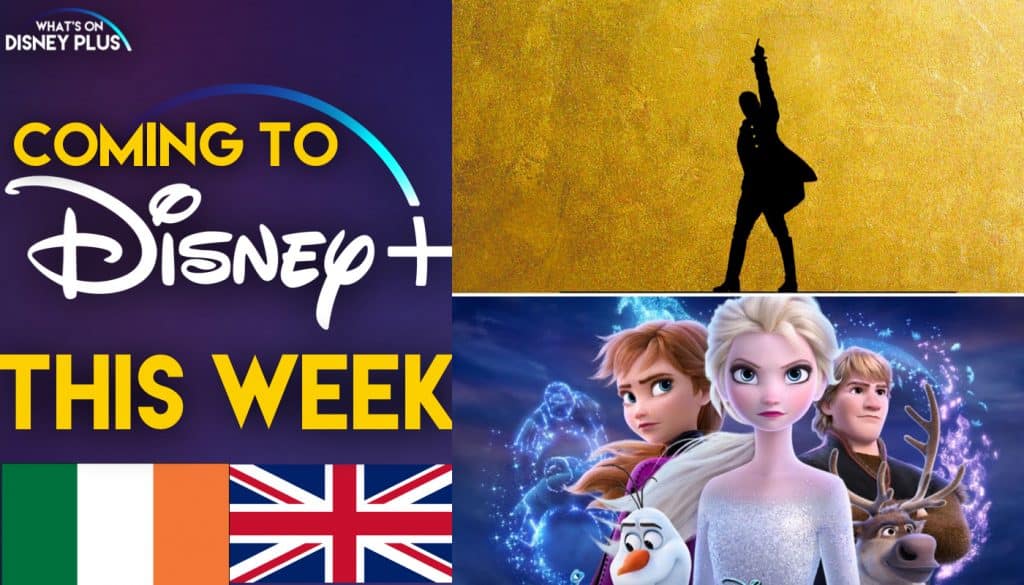 It’s Monday and time to take a look at what’s coming to Disney+ in the week ahead in the United Kingdom and Ireland.  There are two huge releases this week including “Hamilton” and the biggest animated movie of all time, Frozen 2.

Roger has been a Disney fan since he was a kid and this interest has grown over the years. He has visited Disney Parks around the globe and has a vast collection of Disney movies and collectibles. He is the owner of What's On Disney Plus & DisKingdom. Email: Roger@WhatsOnDisneyPlus.com Twitter: Twitter.com/RogPalmerUK Facebook: Facebook.com/rogpalmeruk
View all posts
Tags: ireland, uk, whats coming to disney+