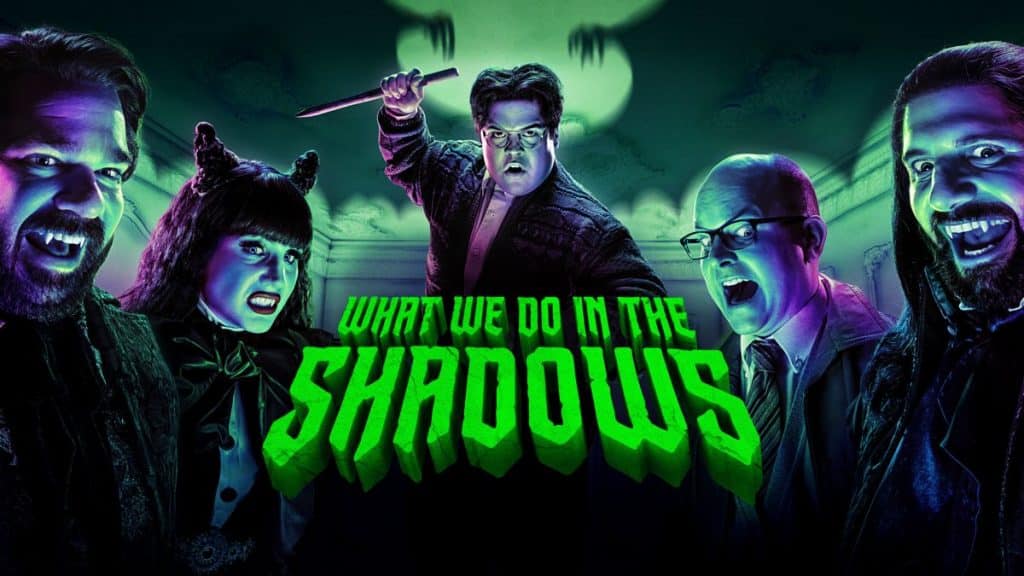 Just ahead of the release of the fourth season of “What We Do In The Shadows” this summer, Disney’s FX has announced that the comedy series has been renewed for a fifth and sixth season.

The series is airing on FX in the United States and is available on Hulu.  Plus the series will be coming soon to Star+ in Latin America and Disney+ under the Star banner in all other territories.  Some of the previous seasons are also available to watch now on Disney+ internationally.

“There’s a lot of life left in our favorite vampires from Staten Island and FX couldn’t be more thrilled to commit to two additional seasons of this phenomenal series.  What We Do in the Shadows excels on every level, from the brilliant cast and surprising guest stars to the producers, writers, directors and crew. We can’t wait for everyone to enjoy season four, knowing that the next two are on the way.”

What We Do in the Shadows, based on the feature film by Jemaine Clement and Taika Waititi, documents the nightly exploits of vampire roommates Nandor (Kayvan Novak), Laszlo (Matt Berry), Nadja (Natasia Demetriou) and Colin Robinson (Mark Proksch) as they navigate the modern world of Staten Island with the help of their human familiar, Guillermo (Harvey Guillén). 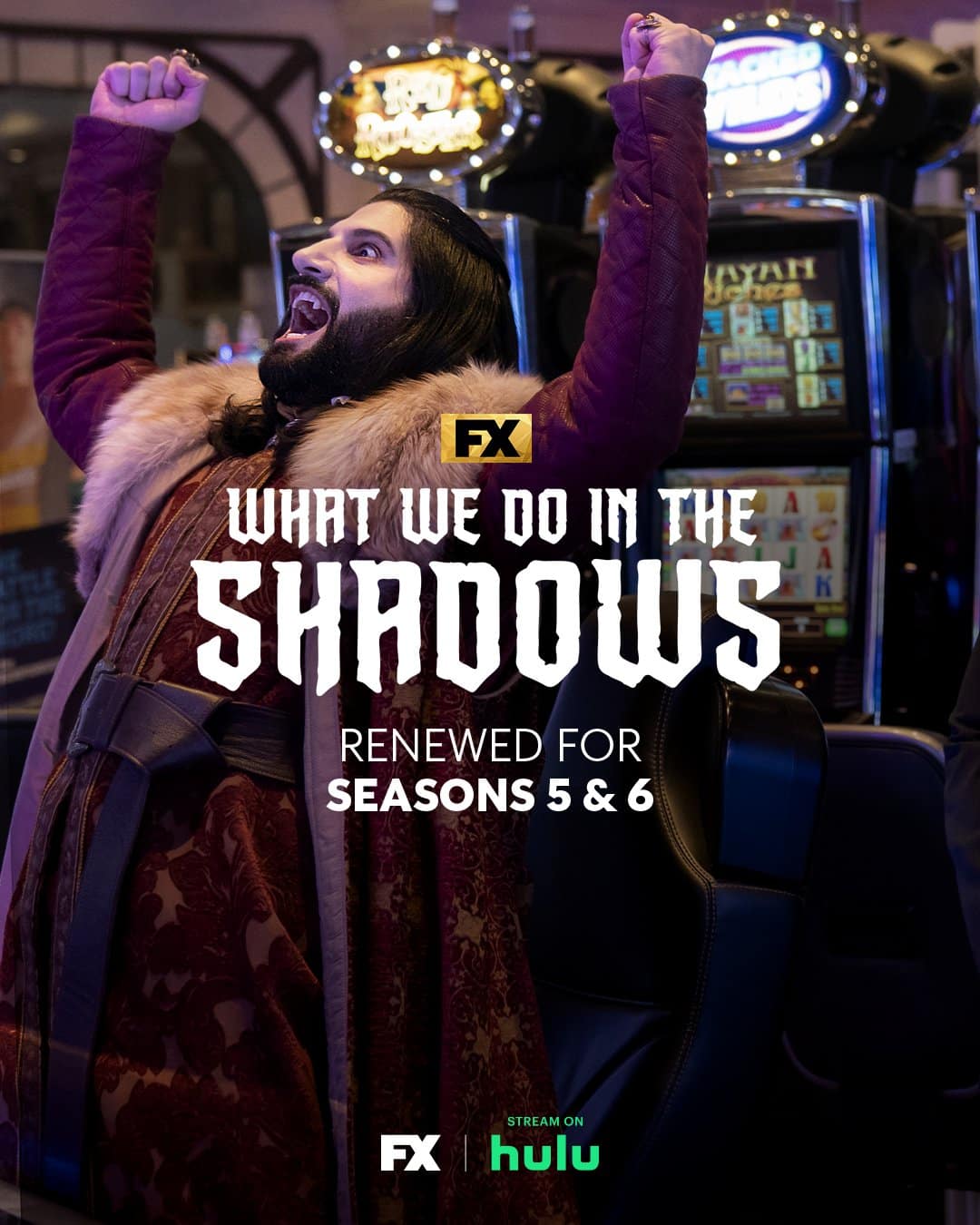 Season four of What We Do in the Shadows premieres with two back-to-back episodes on Tuesday, July 12 at 10 p.m. ET/PT on FX and streaming the next day on Hulu.   No international release date has yet been confirmed for Star+ and Disney+ internationally.

Executive Producers are Paul Simms, Jemaine Clement, Taika Waititi, Stefani Robinson, Sam Johnson, Garrett Basch and Eli Bush. What We Do in the Shadows is produced by FX Productions.

In the shocking season three finale, Nandor, Guillermo and Nadja left Staten Island to go their separate ways while Laszlo stayed home to care for the creature that clawed its way out of the chest cavity of the deceased Colin Robinson – aka Baby Colin. This season, the vampires return to Staten Island to find their mansion on the verge of total structural collapse – and with no money to repair it. While Nandor’s eternal search for love finally yields results, Nadja finally realizes her dream of opening the hottest vampire nightclub in the Tri-State Area. Laszlo struggles with the question of nature versus nurture as he tries raising Baby Colin to be anything other than an energy vampire. And even Guillermo finds himself on a powerful emotional track that touches on his love for his family, and for others.

With such terrifying locations as the secret supernatural Night Market, the Jersey Pine Barrens and a wedding altar, and with more strange beasts, surprising guest stars and tap dancing than ever, season four of What We Do in the Shadows continues to make the case for blood and comedy. And this time with just a touch of home renovation.

What do you think of “What We Do In The Shadows” being renewed for two more seasons?

Roger has been a Disney fan since he was a kid and this interest has grown over the years. He has visited Disney Parks around the globe and has a vast collection of Disney movies and collectibles. He is the owner of What's On Disney Plus & DisKingdom. Email: Roger@WhatsOnDisneyPlus.com Twitter: Twitter.com/RogPalmerUK Facebook: Facebook.com/rogpalmeruk
View all posts
Tags: “What We Do In The Shadows”, fx