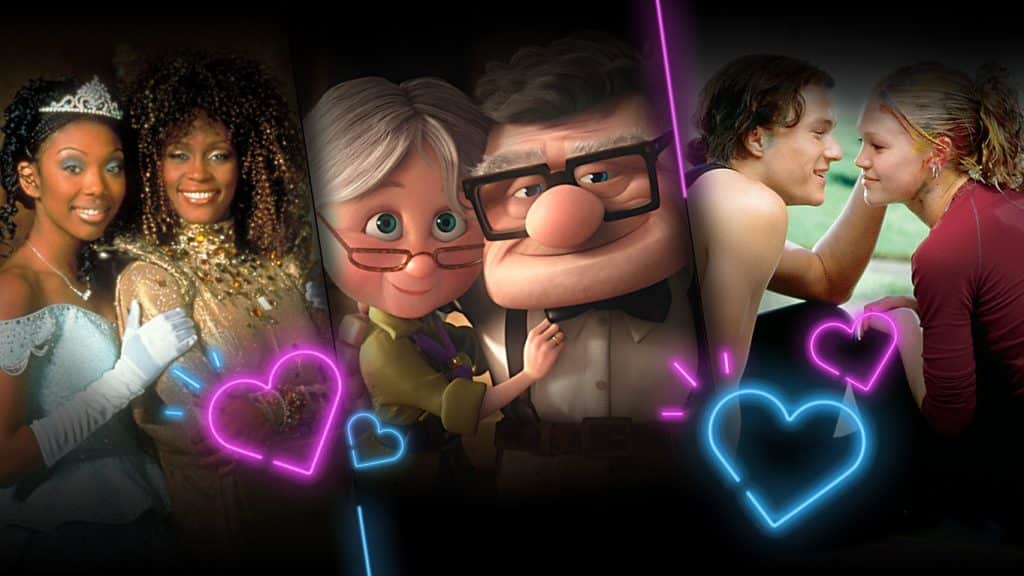 With Valentine’s Day approaching, you might be looking for some films and TV shows to watch to get you in the mood. There is plenty of choice on Disney+, including new romcoms to classic animations and epic love stories, there’s something for everyone to enjoy, whatever their relationship status!

Disney has also released created a specially curated ‘Romance Collection’ on Disney+ which has categories dedicated to romcoms, romantic dramas, young love and much more! And there is also the ‘Valentine’s Day Collection’, which is full of great shows and films to watch.

Note: Not all of these titles may be available on Disney+ in your country.

Winnie the Pooh: A Valentine for You

The gang is jealous when Christopher Robin devotes his time to making a Valentine’s Day card for a girl. After Owl diagnoses that the boy is lovesick, Pooh leads the group on a quest to find a cure, only to discover that love doesn’t need a cure.

Carl, an old widower, goes off on an adventure in his flying house in search of Paradise Falls, his wife’s dream destination.

When streetwise Vivian (Julia Roberts) meets billionaire Edward (Richard Gere), their lives are worlds apart. But Vivian’s energetic spirit challenges Edward’s no-nonsense approach to life, and soon they are teaching each other – and falling in love!

Taking a modern look at friendship and romance, ensemble comedy NEW GIRL follows five friends as they attempt to find their places in the world. New Girl is available exclusively on Disney+ in the UK.

Nicole Kidman and Ewan McGregor star in this passionate, tragic love affair set against the backdrop of the fantastical world of Paris nightlife from filmmaker Baz Luhrmann.

Both seasons of this coming-of-age/coming-out Original Series are perfect for Valentine’s Day. The series follows Victor, a new student at Creekwood High School on his own journey of self-discovery, facing challenges at home, adjusting to a new city, and struggling with his sexual orientation.

Aladdin, a kind thief, woos Jasmine, the princess of Agrabah, with the help of Genie. When Jafar, the grand vizier, tries to usurp the king, Jasmine, Aladdin and Genie must stop him from succeeding.

Lady is distraught when she is blamed for all the havoc that Sarah’s cats caused in her owners’ house. Things take a turn when Lady runs away and Tramp, a street dog, saves her.

In this quirky romantic comedy about love and fate, a young greeting card writer is hopelessly, helplessly searching for the girl of his dreams and his new co-worker, Summer Finn, may just be “the one.” But the 500 days of their offbeat relationship reveal that the road to happiness can be unpredictable.

10 Things I Hate About You

The Shakespearean-teen movie adaptation reaches its 2000s peak in this high school rom-com, with Heath Ledger and Julia Stiles’ iconic turns as the original enemies-to-lovers couple.

The Thing About Harry

High school enemies, Harry and Sam, are forced to share a ride to their hometown for a party. Things take a turn when Sam learns Harry has come out. Stuck spending the night together, Harry and Sam wonder if they could be more than friends. 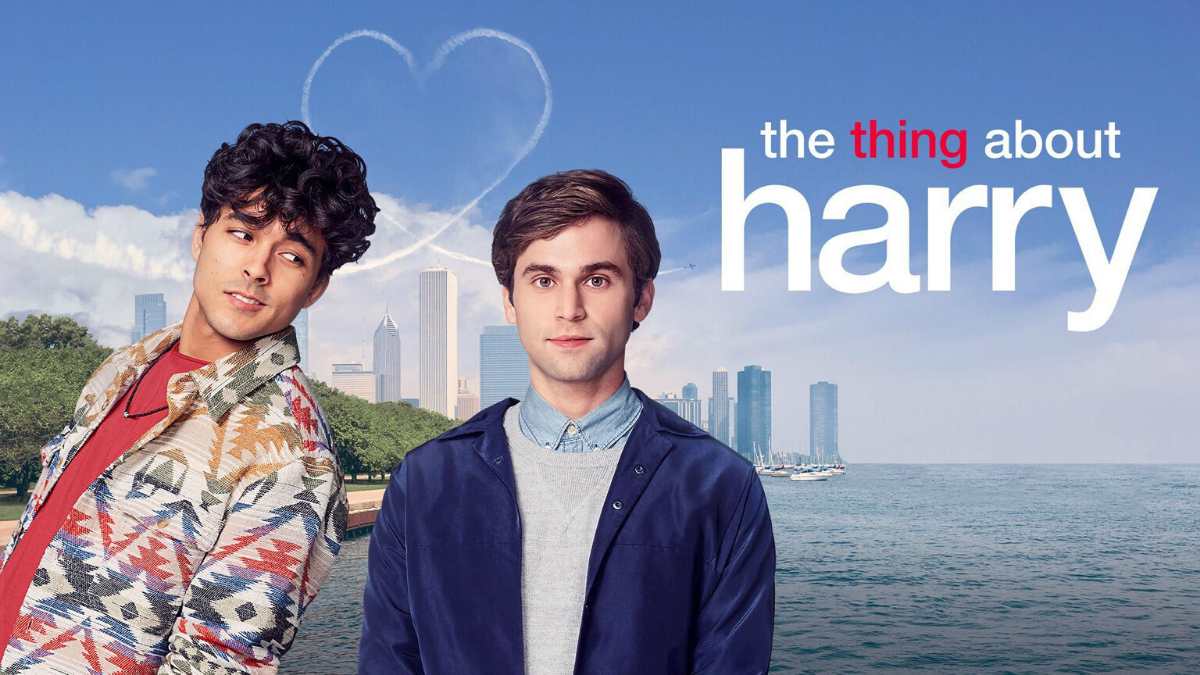 Katherine Heigl lights up the screen in this charming romantic comedy. Heigl stars as Jane, a romantic, completely selfless woman who’s been a happy, helpful bridesmaid no less than 27 times. But her own fairy-tale wedding seems to be nowhere in sight. Until younger sister Tess captures the heart of Jane’s boss – with whom she’s secretly in love – inspiring Jane to change her destiny.

A tale as old as time… Disney’s classic romance is available in its original animated and recent live-action versions.

What are you planning on watching on Disney+ this Valentine’s? 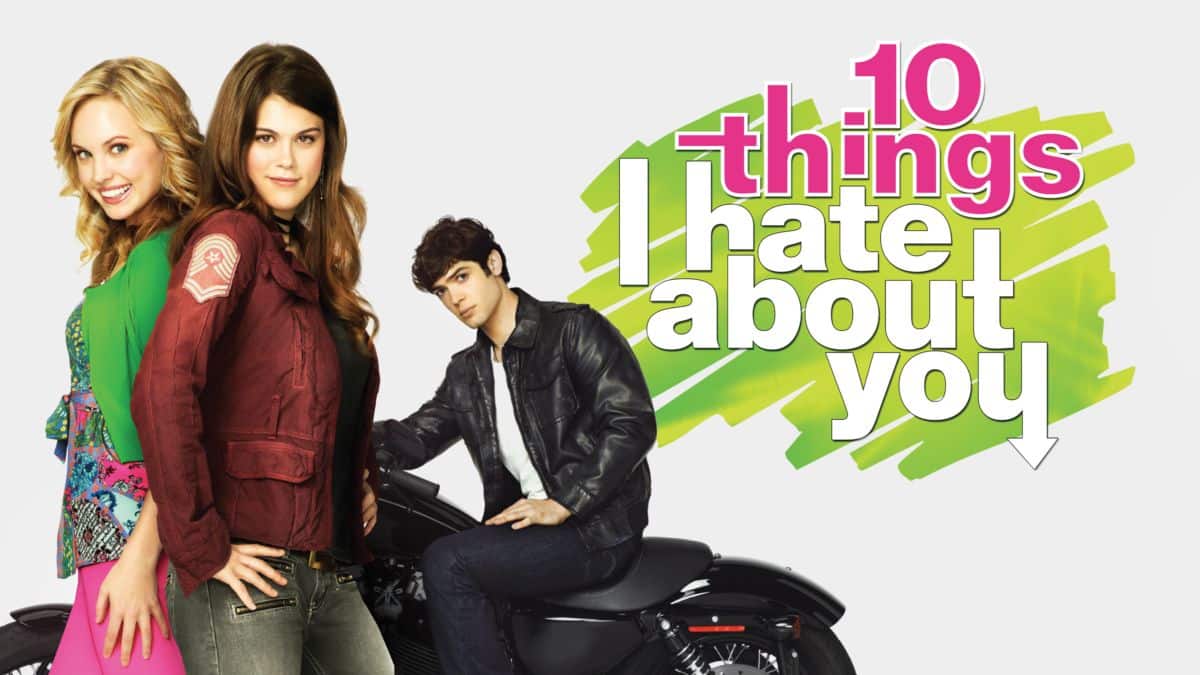 14 Love Stories To Celebrate This Valentine’s Day On Disney+ 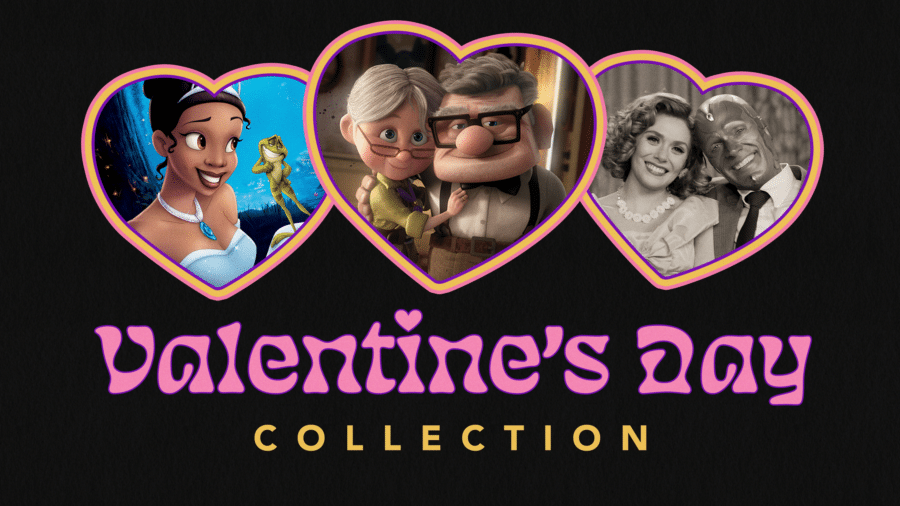 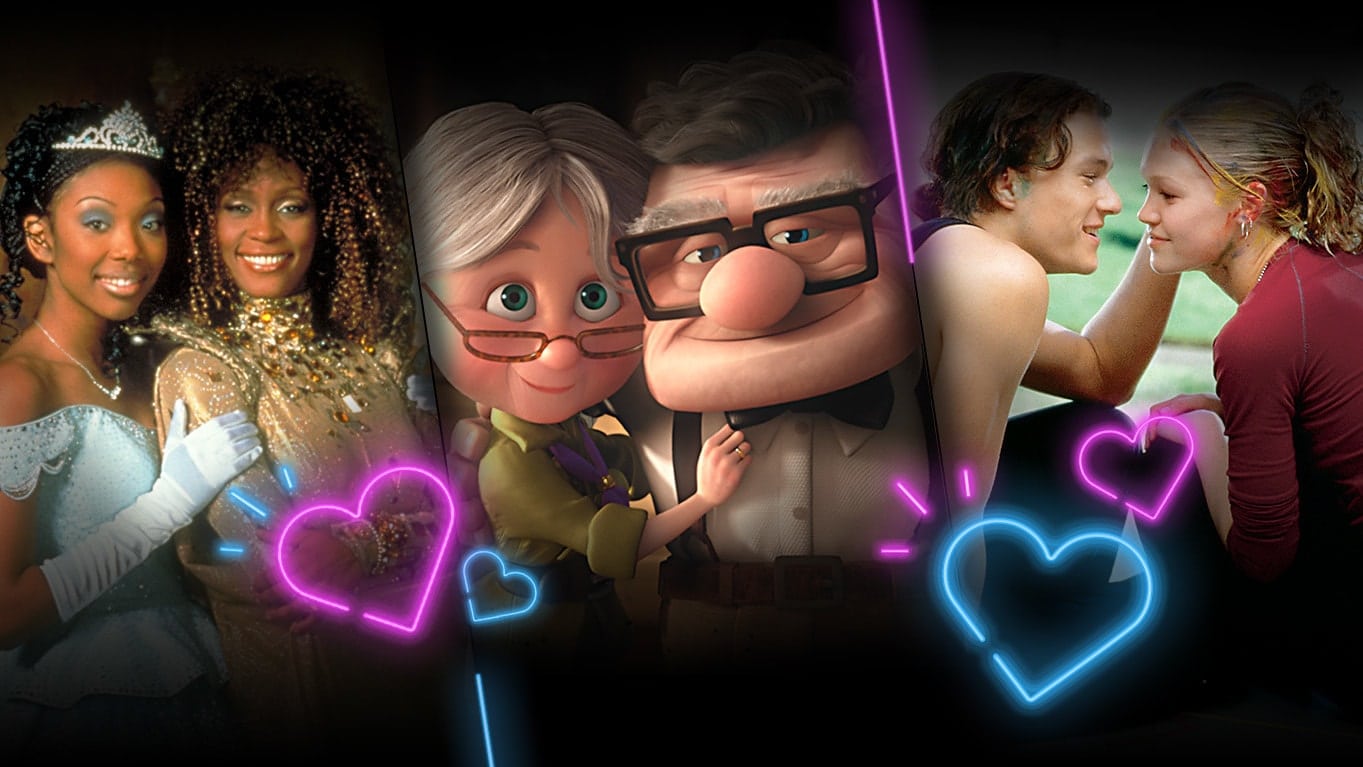