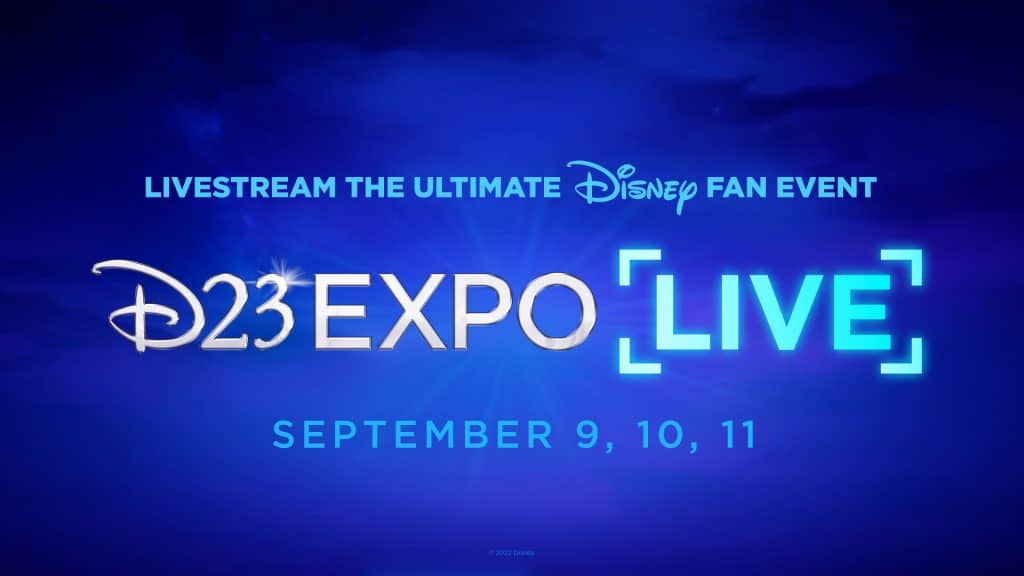 Today is the last day of the D23 Expo, which is taking place at the Anaheim Convention Center, and if you aren’t able to be there in person, Disney is going to be live streaming from the event.

Sunday’s live stream will include A Boundless Future: Disney Parks, Experiences and Products presentation, which will highlight Disney’s plans for the theme parks, but also at home.  Hopefully, we might hear about something related to Disney+ during this panel.

• Join Disney Parks, Experiences and Products Chairman Josh D’Amaro for a look at Disney’s boundless future. With announcements and updates on the magic happening around the world in parks, on the high seas, at home, and beyond, attendees will get a behind-the-scenes look at the big dreams of Disney Imagineers. Every Disney fan will want to be a part of this special presentation full of exciting news and surprises.

• For 70 years, Walt Disney Imagineering has blended imagination with cutting-edge technology to create groundbreaking experiences. Join Imagineers past and present as they discuss the core elements of storytelling and innovation that bring dreams to life for guests from all around the world.

3:45 p.m. – Explore the World with the Next Generation of National Geographic!