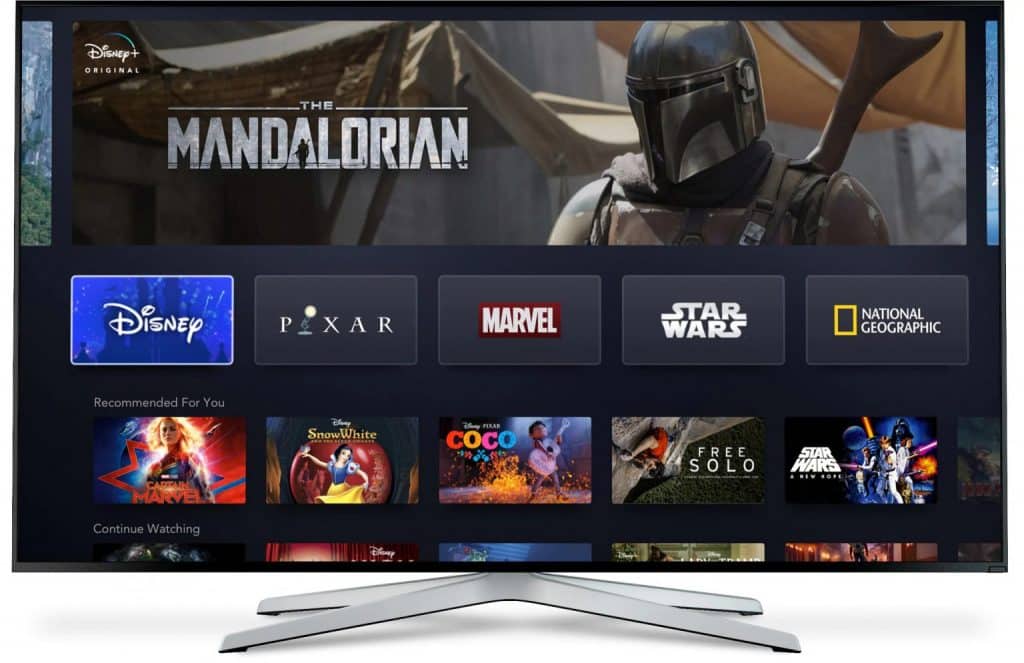 The Walt Disney Company is getting ready to celebrate the second anniversary of the launch of its streaming service, Disney+, on November 12th. A day of celebration is being planned, with some major new releases being released that day including “Jungle Cruise” and “Shang-Chi And The Legend Of The Ten Rings”, plus new original content like “Home Sweet Home Alone” and “Olaf Presents”.

Just days before Disney+ Day, the Walt Disney Company is announcing its quarterly results for the year, which will continue the trend of the latest Disney+ subscriber count being revealed.

Recently, Disney CEO Bob Chapek said that growth had been slowing down due to a number of reasons, which has set alarm bells ringing for investors.

Wall Street isn’t happy with Disney+ right now. According to a report by THR, some analysts have lowered their own forecasts, with Barclays predicting that by 2024, Disney+ will only hit 203 million subscribers, well short of beating Netflix. 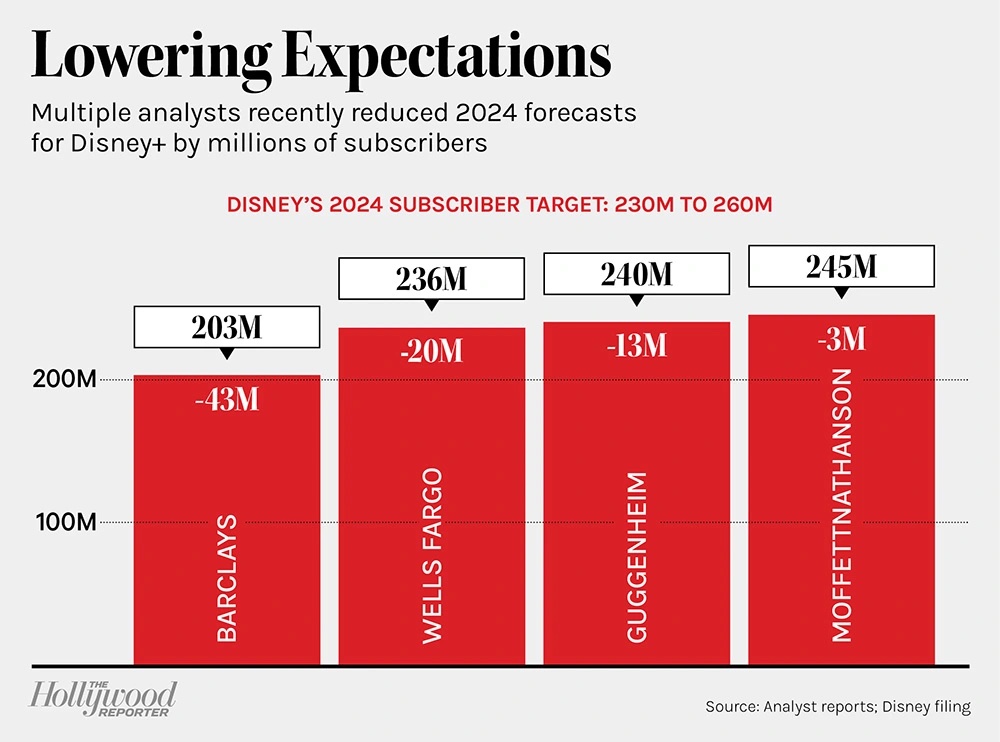 Wells Fargo’s Steven Cahall has cut its 2024 projection and dropped his stock price target. He said:

“Now at the lower end of the Disney+ long-term guidance, we expect investors to wonder if it’s a risky bar.”

“The rollout of Disney+ was the most successful streaming launch ever. This year however, Disney+ growth has slowed significantly, despite launching new franchise titles, day-and-date movie releases and Star+. To get to its long-term streaming sub guide, Disney needs to more than double its current pace of growth to at least the same level as Netflix. We believe this may be tough to do.”

“Disney needs to both invest in more original scripted general entertainment content” and also market “Disney+ in a bundle to … older households.”

One of the biggest complaints from many adult users of Disney+ in the United States and in Latin America has been the lack of content for them. As without Marvel or Star Wars content, there just isn’t much to keep them engaged. This is because Disney is running second streaming services, Hulu and Star+, in those regions, with that general entertainment content. Bob Chapek has previously said that since they introduced Star into Disney+ in many countries including the UK and Canada, that the churn rate has been reduced. This is because adults are much less likely to unsubscribe when the latest Marvel or Star Wars series ends, because there is other content for them to watch.

Luckily, Disney+ still has many more places it still needs to launch in, which will all help towards boosting the overall subscriber numbers.  This week, Disney+ was relaunched in Japan and next month the streaming service launches in Taiwan, Hong Kong and South Korea.  Disney+ still has to launch across countries in Europe, Africa, Asia and the Middle East.  So just launching in those regions will continue to boost how many people subscribe to the platform.  But will it be enough?

With shareholders now putting pressure on Disney to boost Disney+, we should suspect more money to be spent on original programming and more of a push towards. Right now, Disney is trying to feed cinemas, Hulu, ESPN+, Disney+, social media and traditional television channels with content. Something Netflix isn’t doing, it has all of its programming in one place.    Now that Disney+ is two years old, it’s much easier to see where the issues are.

Just today, in the US, Disney+ received just two new episodes, “Assembled” and “Doogie Kamealoha MD”,  whereas internationally, there were new episodes of many other shows like “Family Guy”, “The Simpsons”, “Bob’s Burgers”, “Grey’s Anatomy”, “Y: The Last Man”, “American Horror Story” and much more, showcasing what Disney+ could look like if it had its “babysitter” restrictions removed.  Which would massively help keep subscribers engaged in the United States, as no doubt many adult subscribers won’t return until the next Marvel or Star Wars show arrives, and then leave again.  Disney is going to have to do more than rely on these Marvel and Star Wars shows to keep growing.

Disney has an incredible library of content available within its vaults, but much of it is tied up with other streaming services or just unavailable, especially much of the content it brought from its purchase of 20th Century Fox.  Though it has been able to ramp up its production of films and shows, with the addition of 20th Century Studios, Searchlight and its TV studios, but with the pandemic, it hasn’t fully been able to utilise them either.

Now that the shareholders and Wall Street is looking at what Disney+ isn’t doing, no doubt we could we see some major shakeup to Disney+ in the future?