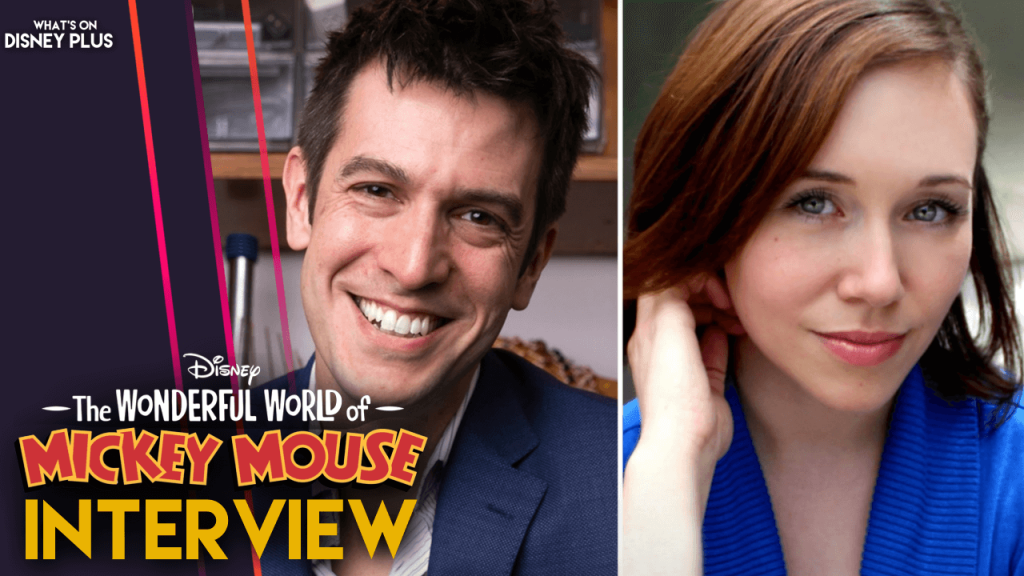 Mickey Mouse has been a cornerstone of the Walt Disney Company for one hundred years, and the most recent Mickey Mouse series of shorts, “The Wonderful World Of Mickey Mouse”, and its seasonal spin-off’s have been extremely popular on Disney+.

Recently, I got to speak with the award-winning, and Emmy-nominated composer Christopher Willis, whose music can be heard in projects such as “Schmigadoon!”, “Veep”, “Disney Mickey Mouse”, “The Lion Guard”, and “The Death of Stalin”, and Elyse Willis, whose voice can be heard in projects including “Star Wars: The Last Jedi”, ‘Disney Mickey Mouse”, “Suicide Squad”, “Jumanji: Welcome to the Jungle” and “Minions”.

Chris and Elyse have most notably collaborated on writing the songs for the Disney Mickey Mouse series of shorts, and, more recently, “The Wonderful World of Mickey Mouse” on Disney+. The projects see Mickey travel the world seeking new adventures and finding himself in funny situations. Chris also scores the projects, while Elyse handles vocal contracting and often provides vocals herself alongside a number of notable session singers, including Eric Whitacre and Eric Bradley.

In this interview, they share some stories about creating not just the sound of these Mickey Mouse shorts, but also about Elyse singing on “Frozen 2” and “Star Wars: The Rise Of Skywalker”.

Roger has been a Disney fan since he was a kid and this interest has grown over the years. He has visited Disney Parks around the globe and has a vast collection of Disney movies and collectibles. He is the owner of What's On Disney Plus & DisKingdom. Email: Roger@WhatsOnDisneyPlus.com Twitter: Twitter.com/RogPalmerUK Facebook: Facebook.com/rogpalmeruk
View all posts
Tags: “The Wonderful World of Mickey Mouse”, interview