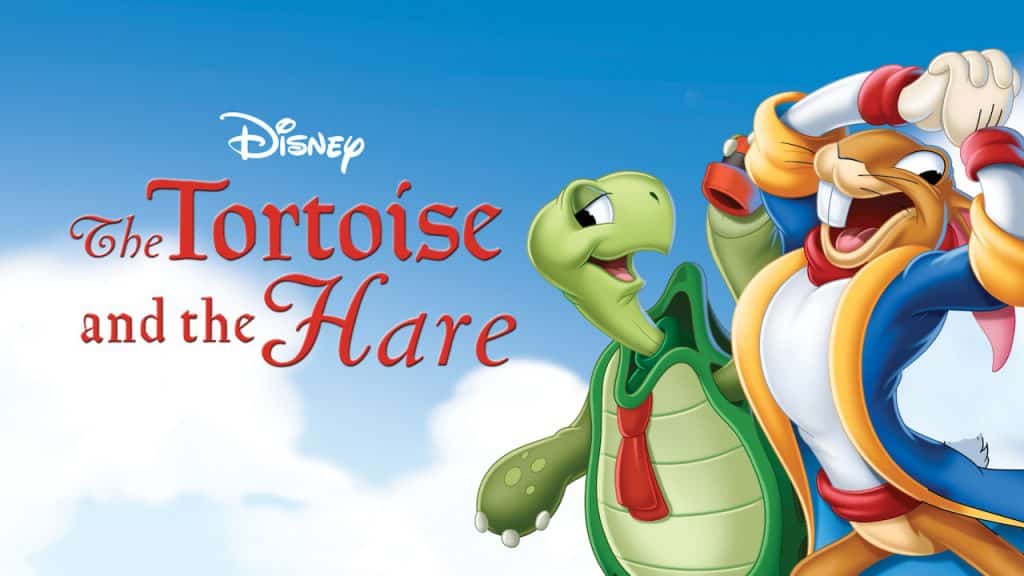 A quick hare and a slow tortoise are having a race that seems unfair, but the hare’s attitude ends up costing him in the end in the 1935 Walt Disney animated short, “The Tortoise and the Hare.” The eight minute short brings the fable to life in a way to teach kids not to act like the hare, because even if you should win the race, you’ll come up on the wrong end if you look past your opponent.

This is an important fable that’s lesson can be seen in almost any sport in history, as well as in several movies including Disney’s “Planes.” It amazes me that after all this time, we still have people who act like the hare; showboating and goofing off; when they have a lead and that ends up costing them the win. This is a metaphor for sports, but it’s also a metaphor for life. 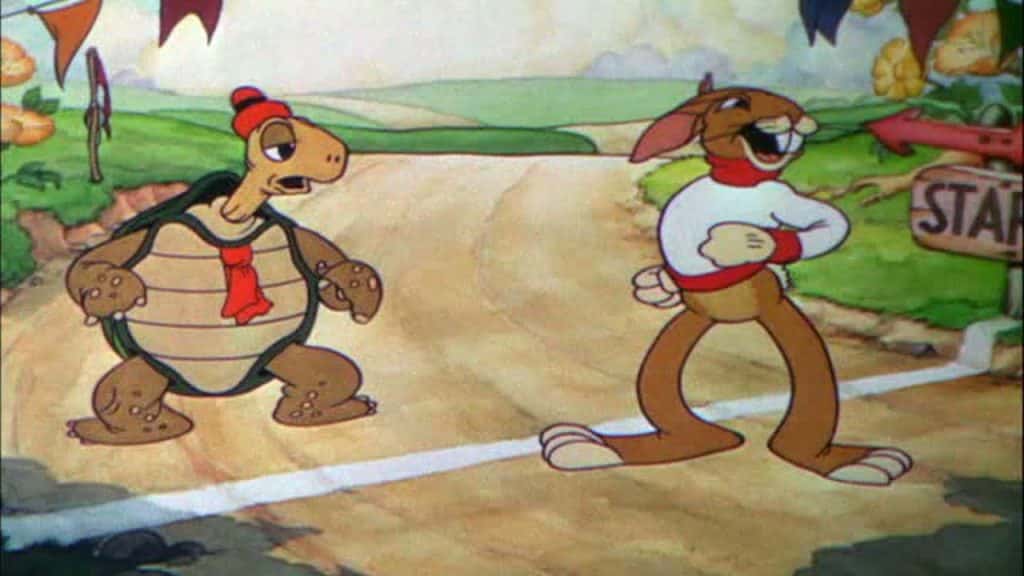 I love how early Disney took these fables and fairytales that almost everyone had heard and put them on screen. Telling a story is great, but showing it is better and Disney excelled at showing us the stories. I assume he made so many shorts about these fables and fairytales because they had become public domain, so anybody could animate the stories without fear of financial penalty.  Whatever the reason, it allowed the company to use characters other than Mickey Mouse and helped the company grow. Any Disney fan owes a debt of gratitude to these early shorts and how they helped build the company that makes the films and shows we love.

This isn’t my favorite of the early Disney shorts, but I really enjoyed it. I hope new Disney fans take the time to watch these shorts at least once. You get a real sense of how the company has grown, as well as how technology as advanced. This is a sold entry in the Silly Symphonies lineup and I’m hoping to enjoy more of these.

What did you think of “The Tortoise and the Hare?”

Jeremy has been a big Disney fan since he was a kid growing up during the Disney Renaissance. One day he hopes to go to every Disney Park in the world.
View all posts
Tags: disney, retro review, review, Silly Symphonies, The Tortoise and the Hare