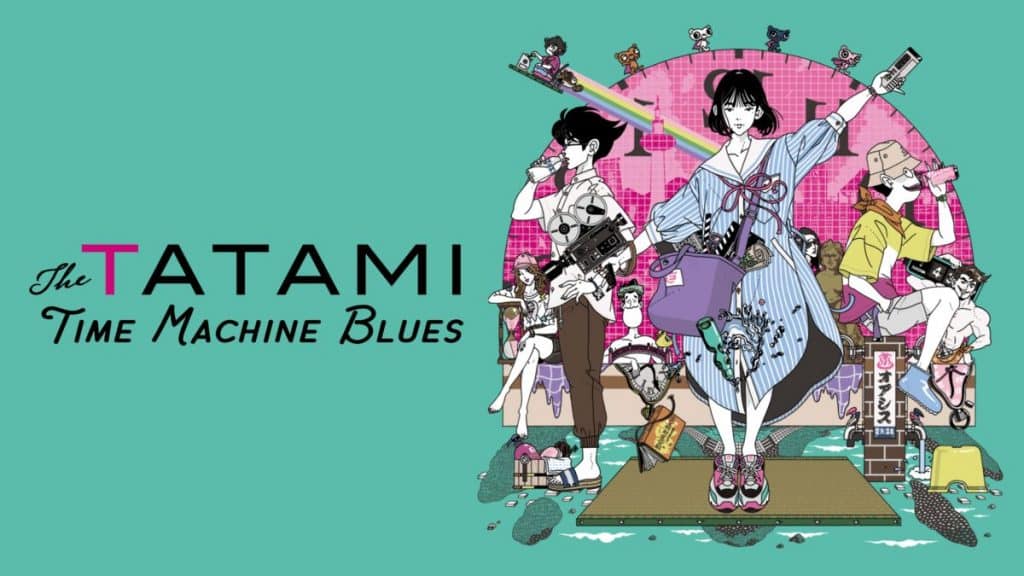 However, Disney has now removed the listing of “The Tatami Time Machine Blues” from its November release schedule.  Which could indicate that the release of “The Tatami Time Machine Blues” has been either delayed or cancelled.   But it’s worth considering that Disney did something similar recently for “Zorro”, which was announced for October, then removed from the official press listing, but did release on Disney+ as planned.

The series begins on August 12th. After the remote control to his boarding house’s only air conditioning unit is inadvertently destroyed by spilt cola, “I” devises a plan to return to yesterday in a time machine to recover the remote before it breaks. However, his prankster friend Ozu cannot resist playing with past events, even if it means bringing the universe to the brink of destruction. Now “I” finds himself racing through time to avoid disaster.

“Tatami Time Machine Blues” is based on Tomihiko Morimi and Makoto Ueda’s 2020 novel of the same name. The novel served as a sequel to The Tatami Galaxy, published in 2004. Studio Madhouse developed the anime series based on the first novel debuting in 2010. Studio Science Saru adapted the latest series under the directorial vision of Shingo Natsume.

The series has previously been released on Disney+ in other countries and continues the new trend of Disney releasing more international content.

What do you think of this potential delay to the release of “The Tatami Time Machine Blues” on Disney+?

Roger has been a Disney fan since he was a kid and this interest has grown over the years. He has visited Disney Parks around the globe and has a vast collection of Disney movies and collectibles. He is the owner of What's On Disney Plus & DisKingdom. Email: Roger@WhatsOnDisneyPlus.com Twitter: Twitter.com/RogPalmerUK Facebook: Facebook.com/rogpalmeruk
View all posts
Tags: he Tatami Time Machine Blues