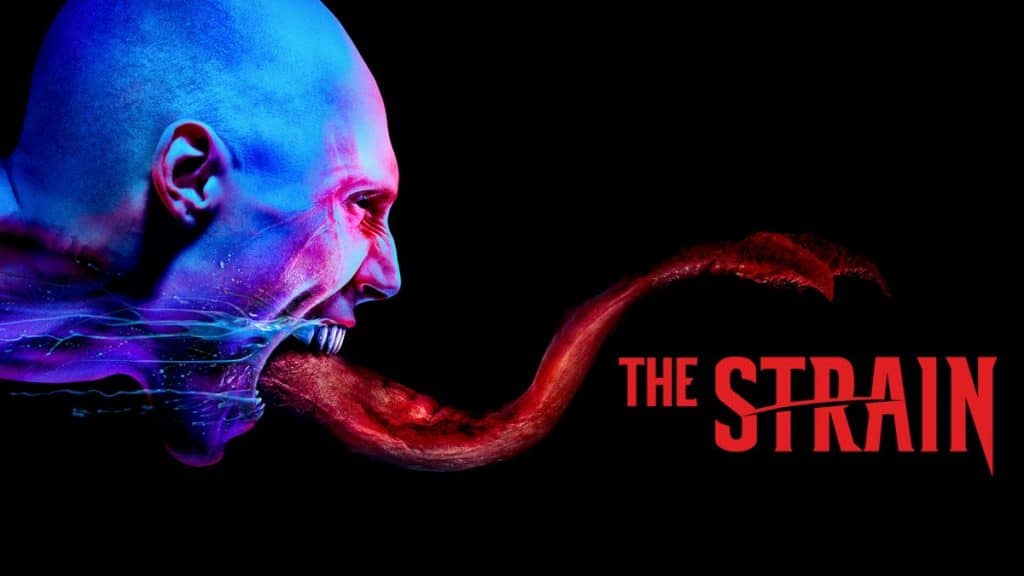 Disney has announced that all four seasons of the popular FX series, “The Strain” is coming to Disney+ in Australia and New Zealand on Wednesday 4th May 2022.

The Strain is a high concept thriller that tells the story of Dr. Ephraim Goodweather, the head of the CDC Canary Team in New York City. He and his team are called upon to investigate a viral outbreak with hallmarks of an ancient and evil strain of vampirism. As the strain spreads, Eph and his team wage war for the fate of humanity itself.

Writer, producer, director and novelist Guillermo del Toro has built his career on bringing fantasy and horror to vivid life. He wrote and directed the dark fairy tale Pan’s Labyrinth, which garnered six Academy Award nominations, including one for del Toro for Best Writing, Original Screenplay. The film went on to win three Oscars. Named by The Hollywood Reporter as a “Master of Horror,” del Toro’s other film credits include Pacific Rim, Hellboy and the upcoming Crimson Peak starring Tom Hiddleston, Charlie Hunnam and Jessica Chastain.

Award-winning author Chuck Hogan co-wrote the apocalyptic vampire trilogy The Strain with del Toro. A New York Times best-selling writer, Hogan won the Hammett Prize for Excellence in crime writing for his book Prince of Thieves: A Novel, which became the basis for the Academy Award-nominated film The Town.

Showrunner Carlton Cuse is an Emmy and Peabody Award winning writer and producer, best known for the acclaimed ABC television series Lost. He was also an Executive Producer and Creator of television series Nash Bridges and The Adventures of Brisco County, Jr. In addition to writing and Executive Producing The Strain for FX, he developed and executive produces the A&E drama series, Bates Motel.

“The Strain” is already available on Disney+ in many other countries including the United Kingdom and Ireland.

Are you looking forward to the arrival of “The Strain” arriving on Disney+?

Roger has been a Disney fan since he was a kid and this interest has grown over the years. He has visited Disney Parks around the globe and has a vast collection of Disney movies and collectibles. He is the owner of What's On Disney Plus & DisKingdom. Email: Roger@WhatsOnDisneyPlus.com Twitter: Twitter.com/RogPalmerUK Facebook: Facebook.com/rogpalmeruk
View all posts
Tags: the strain