“The Spiderwick Chronicles” Disney+ Series Casting For Its Lead Characters

“The Spiderwick Chronicles” Disney+ Series Casting For Its Lead Characters

At last year’s Disney+ Day, a brand new live-action series based on the popular book series, “The Spiderwick Chronicles”.

This new series is a modern coming-of-age story combined with fantasy adventure that follows the Grace Family—twin brothers Jared and Simon, their sister Mallory and mother Helen—as they move into their dilapidated ancestral home and begin to unravel a dark mystery about their great-great Uncle who once discovered the secret and maybe foreboding faerie world existing parallel to their own.

A new casting call has gone out by Paramount Television Studios and 20th Television for a set of 11-15-year-old twins to play the lead characters of Jared and Simon Grace.

Here are the details for the casting: 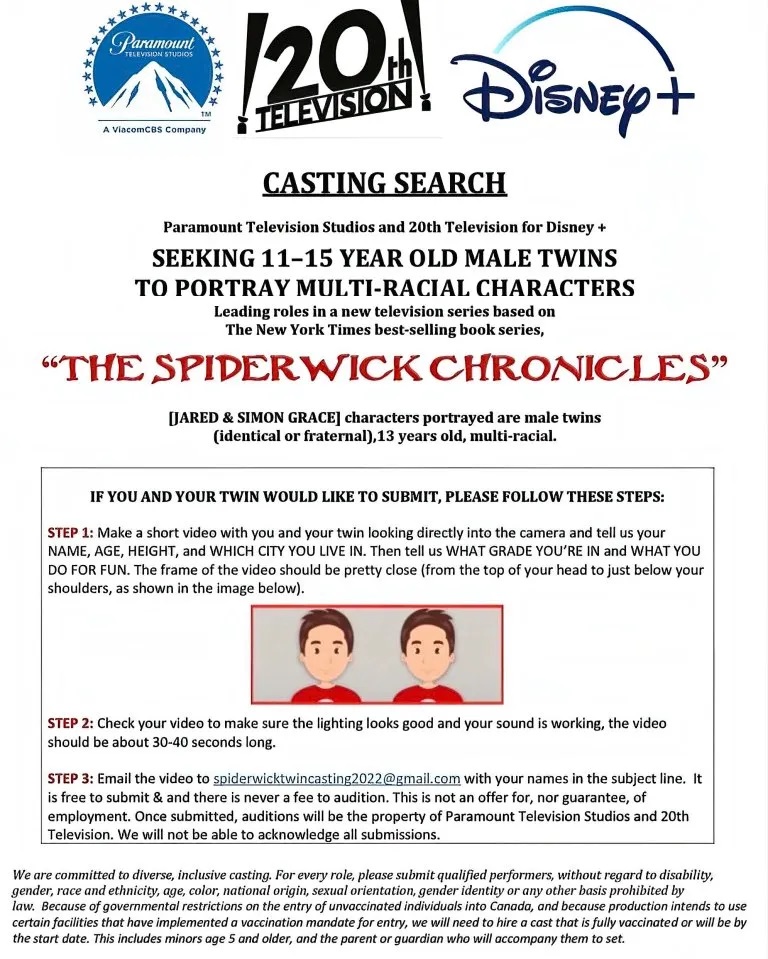 If you wish to submit your application, you can send a short video to spiderwicktwincasting2022@gmail.com.  But be sure to check the details above on the rules for the auditions.

Are you excited for “The Spiderwick Chronicles”