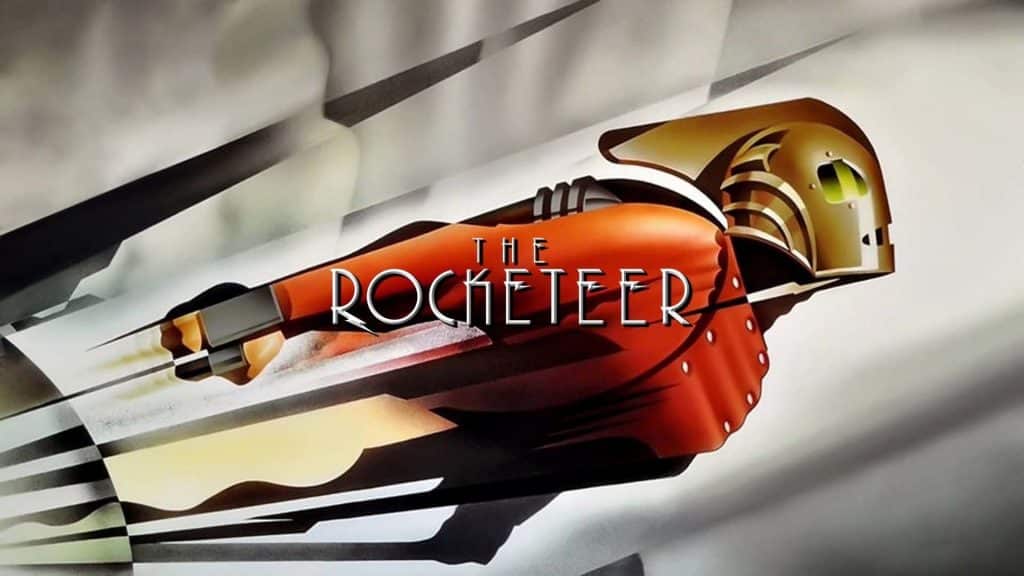 A 1930s stunt pilot finds a jet pack hidden in the cockpit of an airplane and uses it to save lives while fighting gangsters and the Nazis in “The Rocketeer.” Meanwhile, his girlfriend is trying to make it as an actress and ends up on a date with a movie star who is also a Nazi spy that originally stole the jet pack. The 1991 superhero film is loosely based on “The Rocketeer” comic book.

I can definitively say this is a weird movie, but I also really liked it. I loved the period piece setting. It was one of my favorite parts of “Captain America: The First Avenger” and it’s one of my favorite parts of “The Rocketeer.” When I read that it was a superhero film, I was expecting the hero to be more super, and less like a gangster movie, but it still works. It’s a nice blend of action and comedy. Other films have done it better, but “The Rocketeer” still managed to succeed.

One weird part for me was seeing Timothy Dalton as the villain. My main exposure to him has been as James Bond. I’m so used to seeing him as the hero, it was weird seeing him as the villain. That being said, he still did an excellent job playing the movie star who is also a Nazi spy. He was the right amount of suave and debonair to make you see why Jennifer Connelly’s character was so enamored with him and to throw you off the scent that he was more than just a man who wanted jet pack for personal gain. The reveal of him as a Nazi was surprising, but worked. The only odd part is how it led to the FBI teaming up with the gangster who they were recently fighting. While it’s understandable for an American gangster to not want to side with a Nazi, it’s a bit odd that they would fight alongside the FBI. It’s more likely they would leave the fight there and try to chase down the Nazis later. 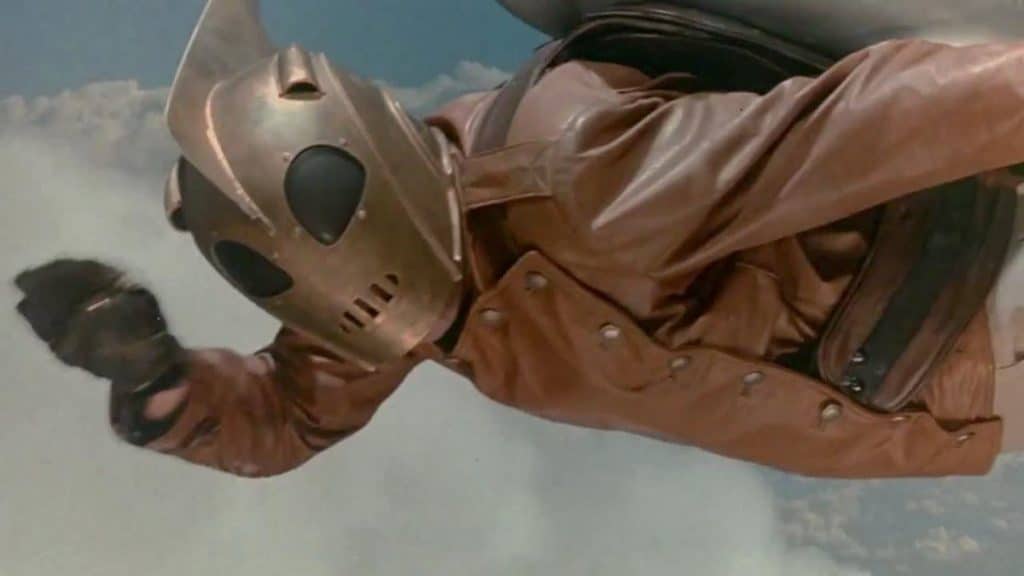 There was one other pleasant surprise for me in the cast. Terry O’Quinn playing Howard Hughes. Referencing Howard Hughes, and his obsession with flight, during the Great Depression and World War II movies is becoming a bit cliché, but I like it here, mostly because of O’Quinn. He’s an actor I grew to love seeing any time he was on screen after seeing him play John Locke on “Lost.”

I like this film, but I don’t know if I would’ve wanted a sequel back in the 90s. I certainly don’t want a movie sequel now. Disney Junior has launched a sequel series with Billy Campbell returning to the role of Cliff Secord, also known as the Rocketeer. I’m unlikely to check out that sequel series because Disney Jr. is clearly targeting a younger demographic than me, but if Disney+ wanted to produce a more grown up sequel series, I would be interested in checking it out.

What did you think of “The Rocketeer?”

Jeremy has been a big Disney fan since he was a kid growing up during the Disney Renaissance. One day he hopes to go to every Disney Park in the world.
View all posts
Tags: disney, retro review, review, the rocketeer