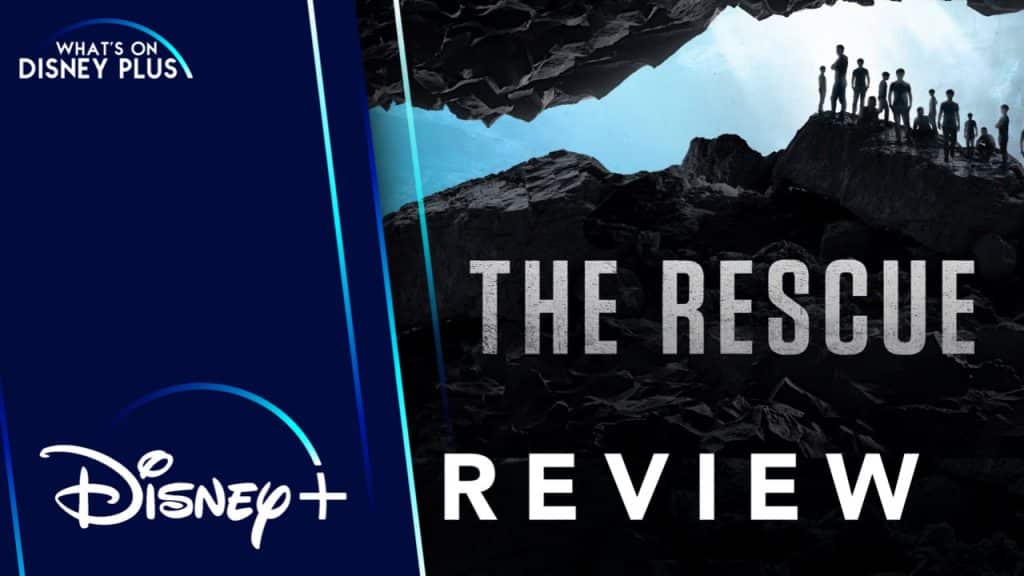 National Geographic’s latest documentary is “The Rescue”, which tells the remarkable story from 2018 when a football team became stuck in a cave in Northern Thailand, and it took an international team of part-time hobby cave divers to rescue them, along with thousands of other people from around the world.

In the summer of 2018, a short outing after soccer practice became a two-week saga of survival and a story that soon captured the world’s attention. Monsoon rains had trapped twelve boys and their coach in a labyrinthian cave in Northern Thailand, and within days thousands of people had descended on the area to try to help including the Royal Thai Navy SEALs and US Special Forces. But were the boys even still alive?

What makes this story so fascinating is that this rescue came down to a couple of cave divers from the UK, Rick Stanton, who is a retired firefighter and his friend John Volanthen, an IT consultant; who spend their free time on holidays and weekends, diving into the dark and horrid underground world. They are flown out to Thailand to help with the rescue. The Royal Thai Navy SEALs weren’t happy at first to see these two coming to their aid, since having two scruffy mid-aged men turn up with their custom built equipment. But it quickly becomes apparent, these two Brits have a unique skill that the Royal Thai Navy SEAL divers don’t. They might be used to being in rivers and the oceans, but in dark caves, filled with murky water, they were out of their depth.

When all hope is lost and they consider going home, the guys make one last dash forward and discover that the entire football team is still trapped in a pitch-black chamber two kilometers deep into the cave. Leading to the question, how where they going get them out of there. This results in lots more specialists heading out to Thailand to help with the rescue, before the next Monsoon hits. But dealing with local governments and a team of experts from around the world isn’t plane sailing.

This amazing story brings together some amazing footage from the event from local news outlets, along with video footage of the actual rescue. However, it’s important to note that there are large parts of the film that are reenacted to give us, the viewer, a much better idea of the experience. Because the team of cave divers involved in the rescue helped film the reenactments of them crawling through some of the most inhospitable places on the planet, it looks even more believable. It all adds to benefit of the film.

If you didn’t know most of the underwater shots were done in a huge tank at Pinewood Studios, you’d assume it was actual footage from the actual rescue. Because ultimately, when you’ve got someone in their wetsuit and with their homemade scuba give squeezing through a small gap in murky brown water, it’s not hard to image that’s what it’s like in real life.

The story of the team involved is truly inspiring and I was glued to the TV while I was watching it. I’ve explored some caves and I’m a qualified Scuba Diver, but this tale is completely terrifying and literally is most people’s worst nightmare. The clostphobia and feeling of being in place you shouldn’t be. Miles underground, in the dark, squeezing through the smallest of gaps, where one mistake could cost you your life. This documentary is able to capture that feeling.

Even though I knew that the boys managed to escape, because it was a huge international news story when it happened, it didn’t make any difference while watching the film. As hearing from those involved and learning how they rescued them was fascinating. It completely caught my attention and just hearing from those people involved, being completely honest and open about their fears, worries and generally being so humble about the entire experience. Shows you why they did what they did, but also explains why this group of individuals do cave diving for a hobby. Because it’s a very niche hobby for a reason.

Splicing together the reenacments, local news footage, their own footage from the event and interviews with those involved, deliver an incredible documentary that gives the viewer a clear understanding of the risk and the issues they faced.

This is one of the best documentaries I’ve seen in a long time and is a must-watch.

Roger has been a Disney fan since he was a kid and this interest has grown over the years. He has visited Disney Parks around the globe and has a vast collection of Disney movies and collectibles. He is the owner of What's On Disney Plus & DisKingdom. Email: Roger@WhatsOnDisneyPlus.com Twitter: Twitter.com/RogPalmerUK Facebook: Facebook.com/rogpalmeruk
View all posts
Tags: review, the rescue