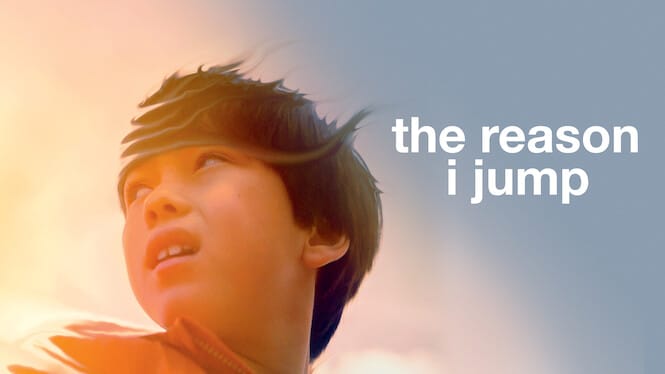 At last year’s Disney+ Day, it was announced that Disney has acquired the streaming rights to Jerry Rothwell’s “The Reason I Jump” for Disney+ in EMEA (Europe, Middle East and Africa) and Latin America.

The film is being scheduled to arrive on Disney+ on Saturday 2nd April 2022, which is World Autism Day.

Based on the bestselling book by Naoki Higashida, “The Reason I Jump” is an immersive cinematic exploration of neurodiversity through the experiences of nonspeaking autistic people from around the world. The film blends Higashida’s revelatory descriptions of his autism, written when he was just 13, with intimate portraits of five remarkable young people. It opens a window into an intense and overwhelming, but often joyful, sensory universe. Acutely observed moments in the lives of each of the characters are connected by passages from Naoki’s writing, in which a young Japanese boy journeys through an epic landscape, gradually discovering what his autism means to him, how his perception of the world differs, and why he acts in the way he does: the reason he jumps.

The film distils these elements into a sensually rich tapestry that leads us to Naoki’s core message: not being able to speak does not mean there is nothing to say.

Because the film had already been released theatrically in some countries, MetFilm Sales had to renegotiate with several theatrical distributors that had previously taken all rights to the documentary.  However, in some countries including Benelux and Germany, Disney has agreed to hold them back from a Disney+ release so the film gets a theatrical release.

“Essentially, we bought back the SVoD window from those distributors with whom we had all-rights deals in place.  It was important for Disney to have all those key territories in Europe.”

Are you looking forward to watching “The Reason I Jump” ?

Roger has been a Disney fan since he was a kid and this interest has grown over the years. He has visited Disney Parks around the globe and has a vast collection of Disney movies and collectibles. He is the owner of What's On Disney Plus & DisKingdom. Email: Roger@WhatsOnDisneyPlus.com Twitter: Twitter.com/RogPalmerUK Facebook: Facebook.com/rogpalmeruk
View all posts
Tags: austim