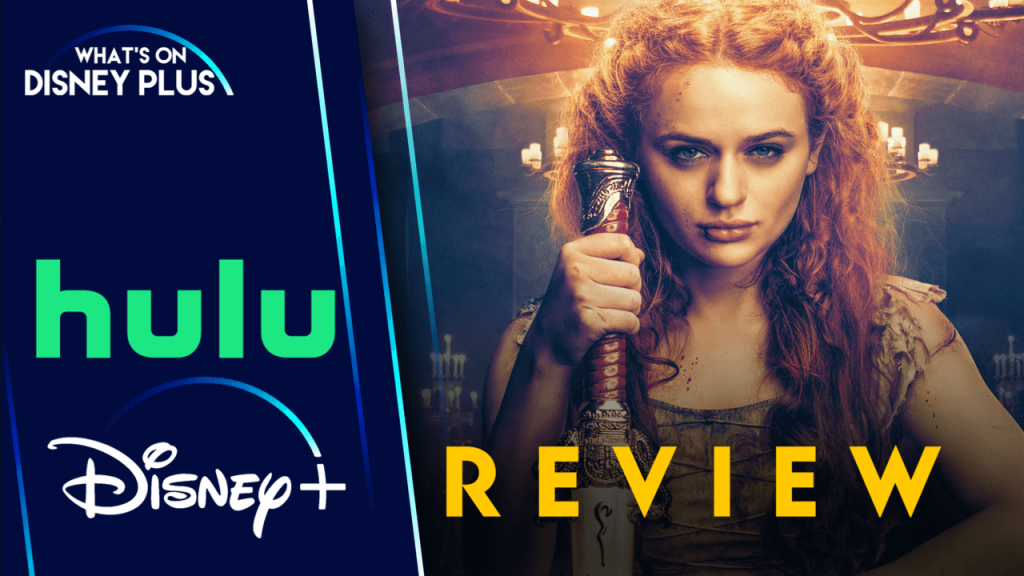 The latest 20th Century Studios film to be released exclusively on Disney’s streaming services is “The Princess”, an action-packed fight to the death set in a fairy tale world that stars Joey King as the Princess.

If you’re expecting a classic Disney fairytale film, this isn’t is as the basic story is that The Princess refuses to wed the man to whom she has been betrothed to. She is kidnapped and locked in a remote tower of her father’s castle. With her scorned, vindictive suitor intent on taking her father’s throne, the princess must protect her family and save the kingdom. Because little does he know, she’s a bad-ass warrior who has been secretly learning martial arts her entire life!

This isn’t a film that you watch the plot, because it’s very simplistic, as “The Princess” is a like a mix-up of “Kick-Ass” and “Taken”. The action fight scenes are brutal, with lots of blood and slow motion, making it feel like you’re watching a video game.

There are plenty of moments to make you gasp, plus a few laughs along the way, but there isn’t much character development. The main villain is extremely one-dimensional, and even the film’s hero is also very generic. Obviously, with this film being set in a medieval fairy tale world, it’s a male-dominated place, where a woman can’t be the heir and is just there to provide an heir to the throne. An underlying theme isn’t that subtle, of the Princess trying to prove that women are just as strong as men.

This is a pure popcorn action film. It is full of violence and is an easy film to watch. It isn’t about a strong story or character development. It’s about watching The Princess kick ass! It takes the basic idea of a fairytale princess and turns it on its head, as she ruthlessly works her way through the tower, killing her enemies in many brutal and exciting ways.

Overall, “The Princess” is a fun action flick that I really enjoyed. It’s got a simple plot and has lots of violence, but a lot of fun! If you enjoy action movies with almost video game-level violence, you’ll enjoy it this one. This isn’t going to win any awards for its storytelling, but if you don’t like the idea of just watching a girl kill her kidnappers one by one, to rescue her family, then this might not be for you. But for me, this was a really enjoyable old-fashioned action film.

“The Princess” is available as a Hulu Original in the U.S., and as a Star Original on Disney+ internationally.

Roger has been a Disney fan since he was a kid and this interest has grown over the years. He has visited Disney Parks around the globe and has a vast collection of Disney movies and collectibles. He is the owner of What's On Disney Plus & DisKingdom. Email: Roger@WhatsOnDisneyPlus.com Twitter: Twitter.com/RogPalmerUK Facebook: Facebook.com/rogpalmeruk
View all posts
Tags: review, the princess