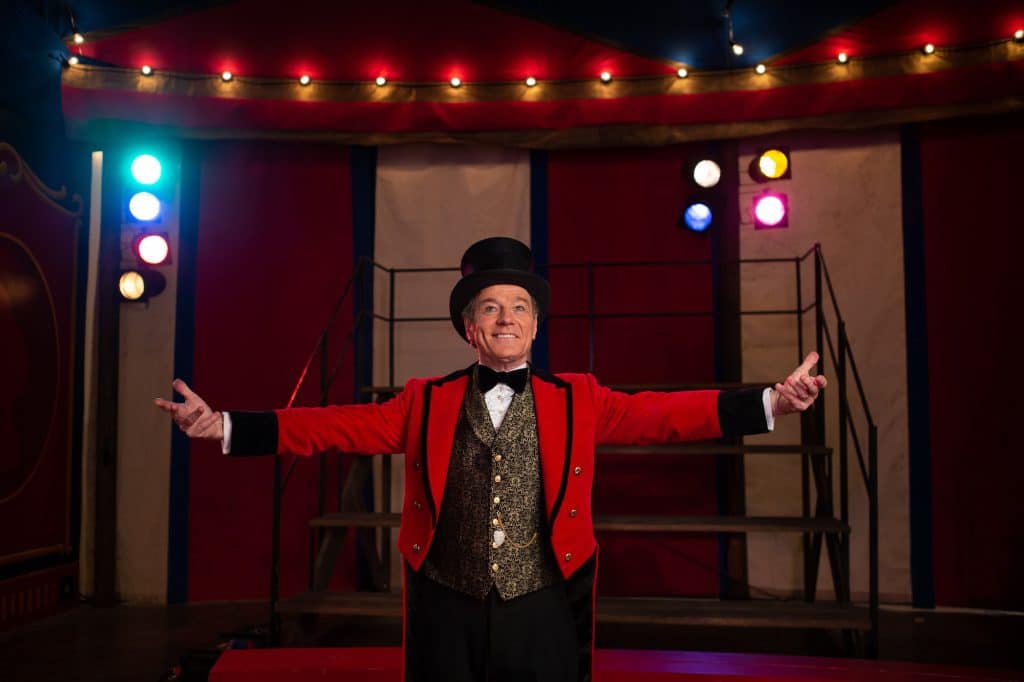 Disney has released a new clip from the upcoming Disney+ Original movie, “The One And Only Ivan”, along with some new character posters.

Disney’s “The One And Only Ivan” is an unforgettable tale about the beauty of friendship, the power of visualization and the significance of the place one calls home. Ivan is a 400-pound silverback gorilla who shares a communal habitat in a suburban shopping mall with Stella the elephant, Bob the dog, and various other animals. He has few memories of the jungle where he was captured, but when a baby elephant named Ruby arrives, it touches something deep within him. Ruby is recently separated from her family in the wild, which causes him to question his life, where he comes from and where he ultimately wants to be.

The heartwarming adventure, which comes to the screen in an impressive hybrid of live-action and CGI, is based on Katherine Applegate’s bestselling book, which won numerous awards upon its publication in 2013, including the Newbery Medal.

And here are the new character posters for the film: 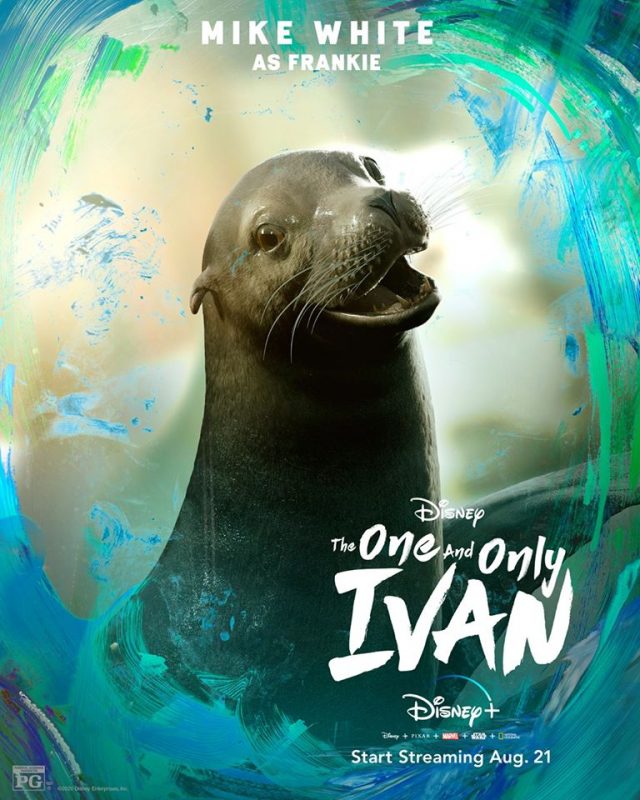 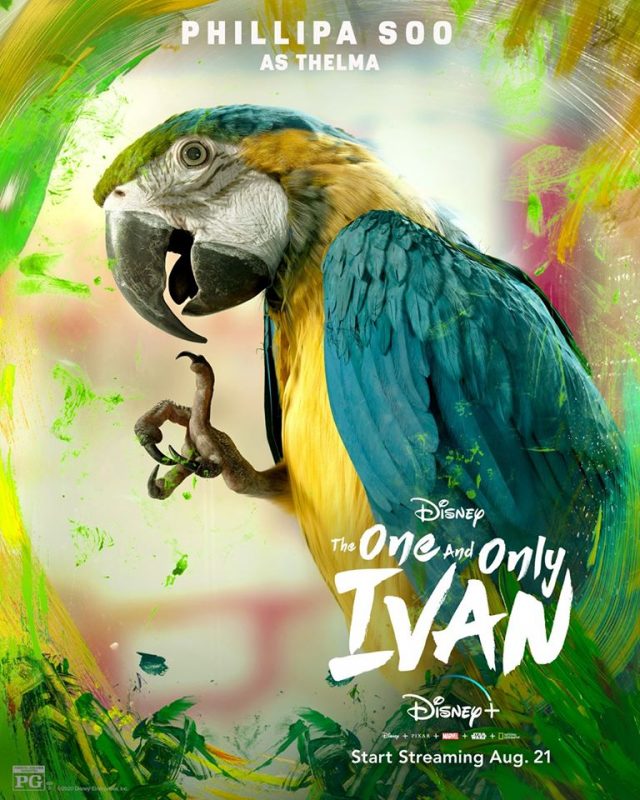 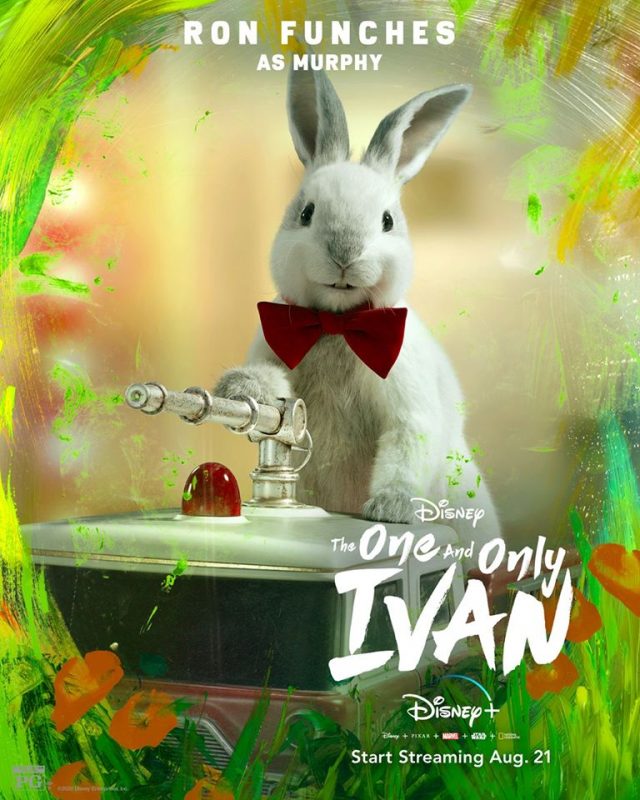 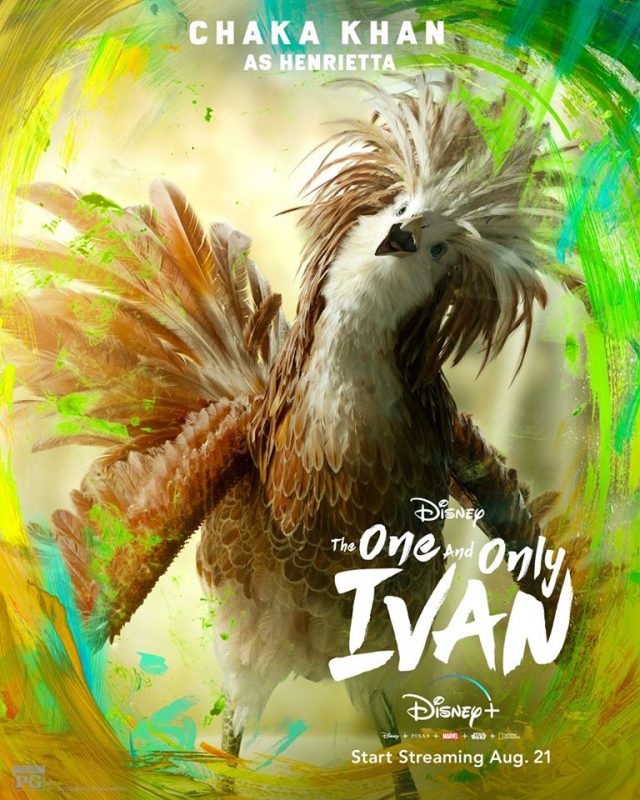 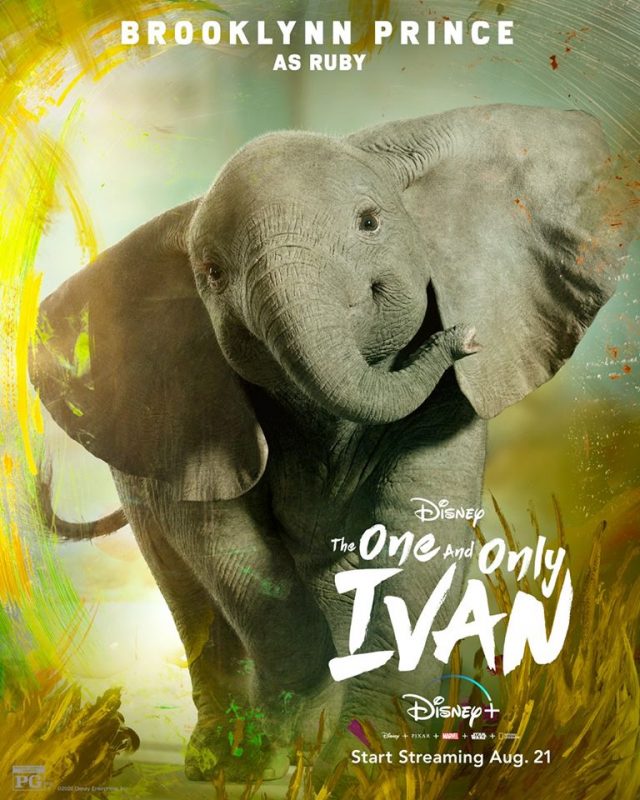 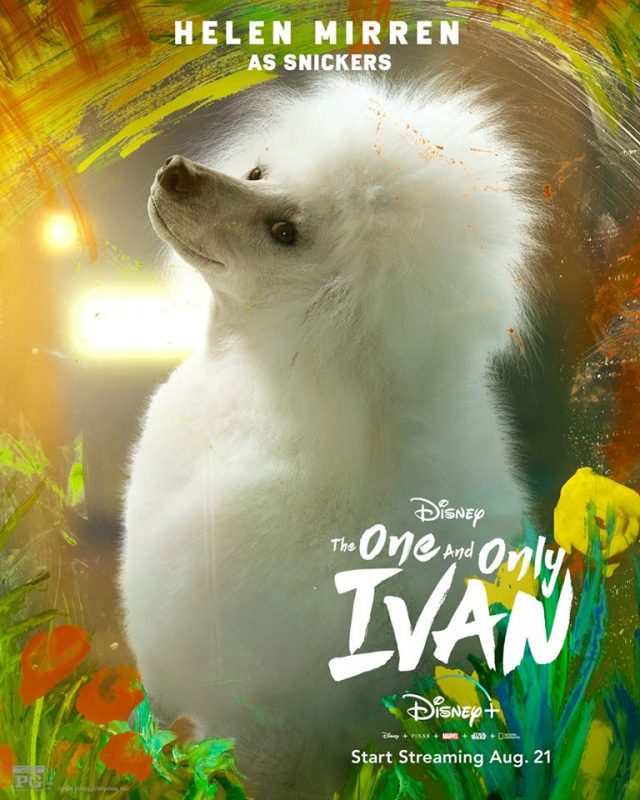 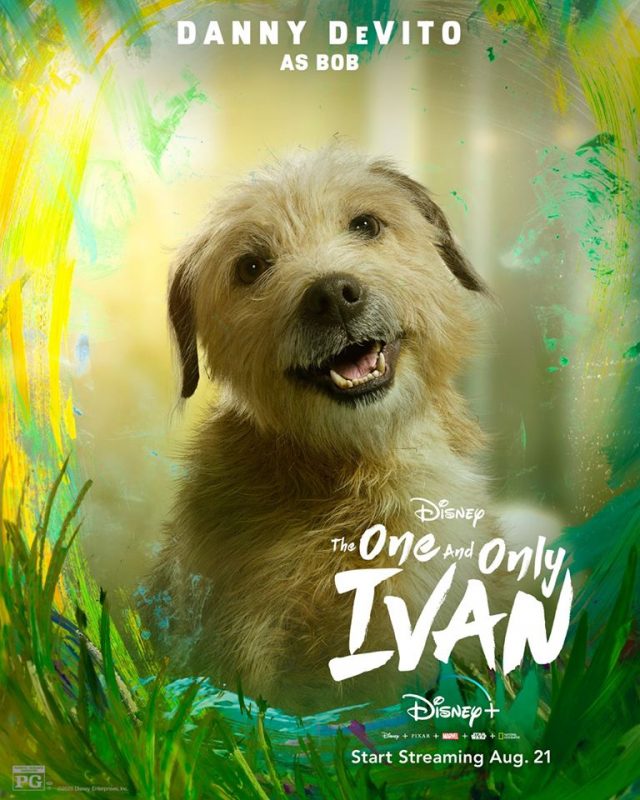 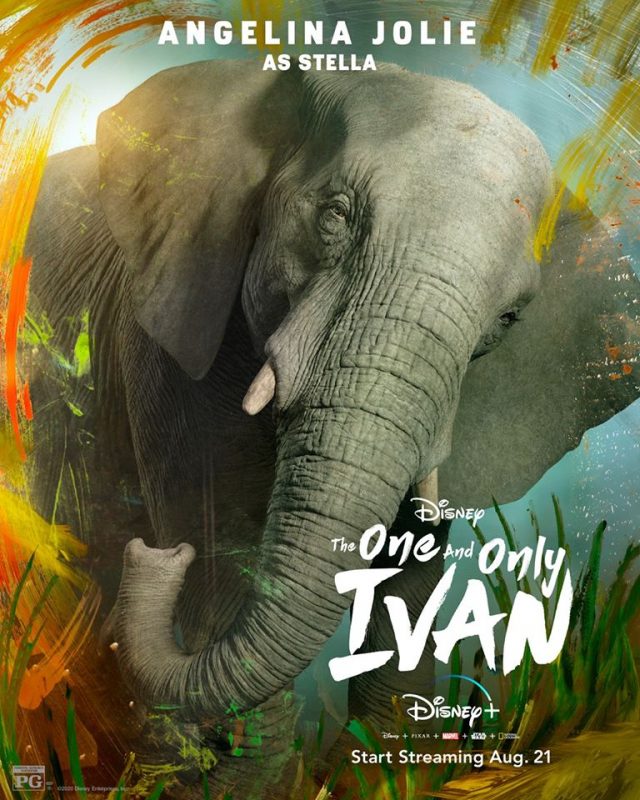 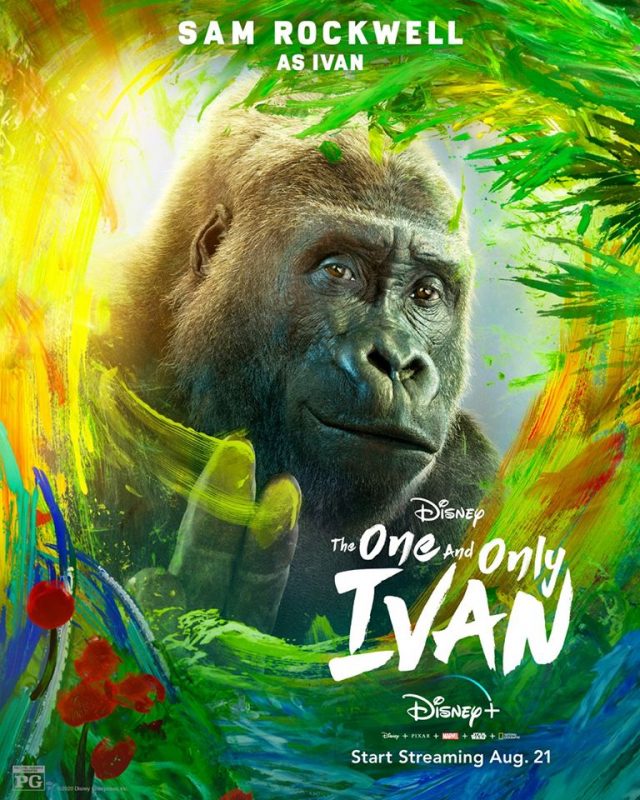 “The One And Only Ivan” is coming to Disney+ on Friday August 21st.