Lucasfilm has many projects currently in production for Disney+, including “Ahsoka”, “Andor”, and “The Acolyte”.  And for fans of the Mandalorian, it has been confirmed that filming has now wrapped on the third season, which will see The Mandalorian and the Child continue their journey, facing enemies and rallying allies as they make their way through a dangerous galaxy in the tumultuous era after the collapse of the Galactic Empire.

Carl Weathers, who stars as Greef Karga in the Star Wars series, took to social media to share an image of one of the wrap gifts, which are given to those working on a show when filming completes. 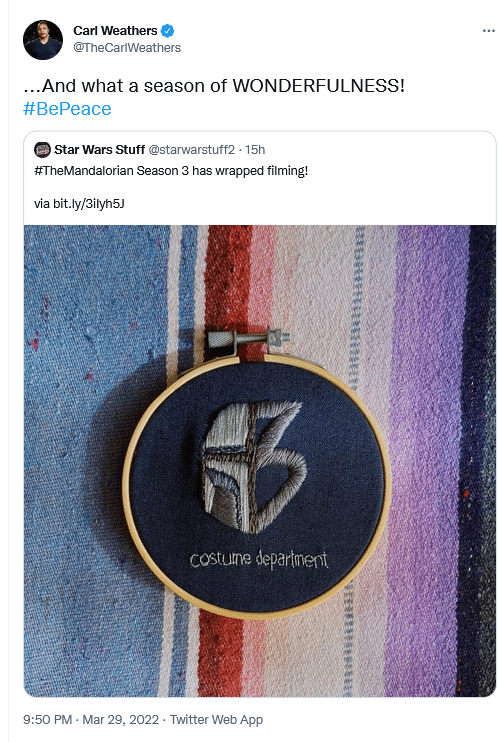 Very little is known about the third season, and we are unlikely to know the actual plot until the series hits our screens.  No release date has yet been confirmed for the third season of “The Mandalorian”.

The first two seasons of “The Mandalorian” are available on Disney+.