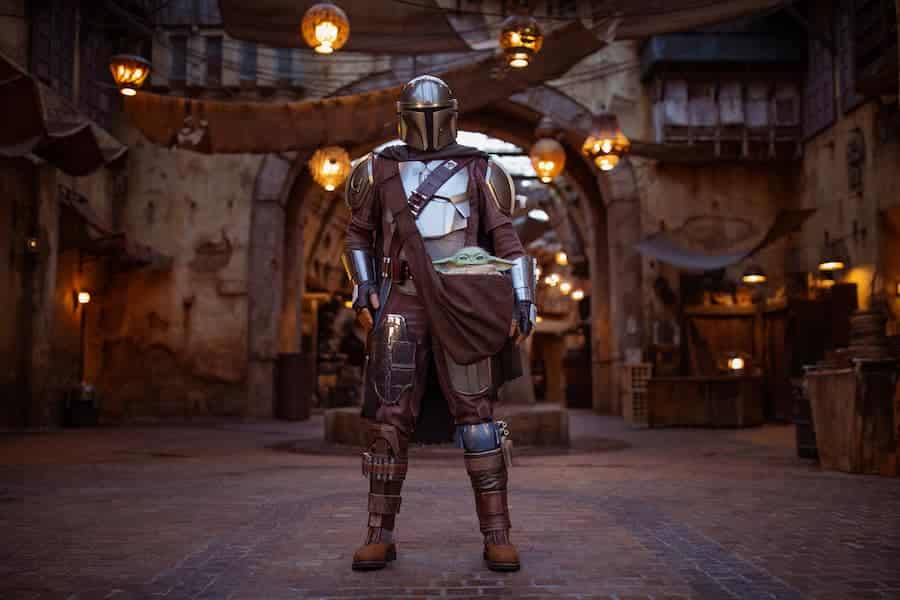 Back at the D23 Expo event in September, Disney Parks, Experiences and Products Chairman Josh D’Amaro and Disney Legend Jon Favreau announced that a brand new Meet and Greet experience featuring Mando and Grogu from the hit Disney+ Original series, “The Mandalorian” would be coming to Disneyland in November.

Today, Disney has announced that this new Meet and Greet character will be coming to Disneyland’s Galaxy Edge on Friday 18th 2022.

Since opening Star Wars: Galaxy’s Edge in 2019, Star Wars storytelling has expanded to include more new characters and tales from that galaxy far, far away. At Disneyland Resort, some of those new stories were incorporated into the land earlier this year with legendary bounty hunter Boba Fett and mercenary Fennec Shand.

Back at the D23 Expo, Jon Favreau told audience that the development of this meet-and-greet character had been in the works for a long time, and lots of attention was given in making it look as realistic as possible.

Will you be checking out Grogu and Mando this holiday season at Disneyland?