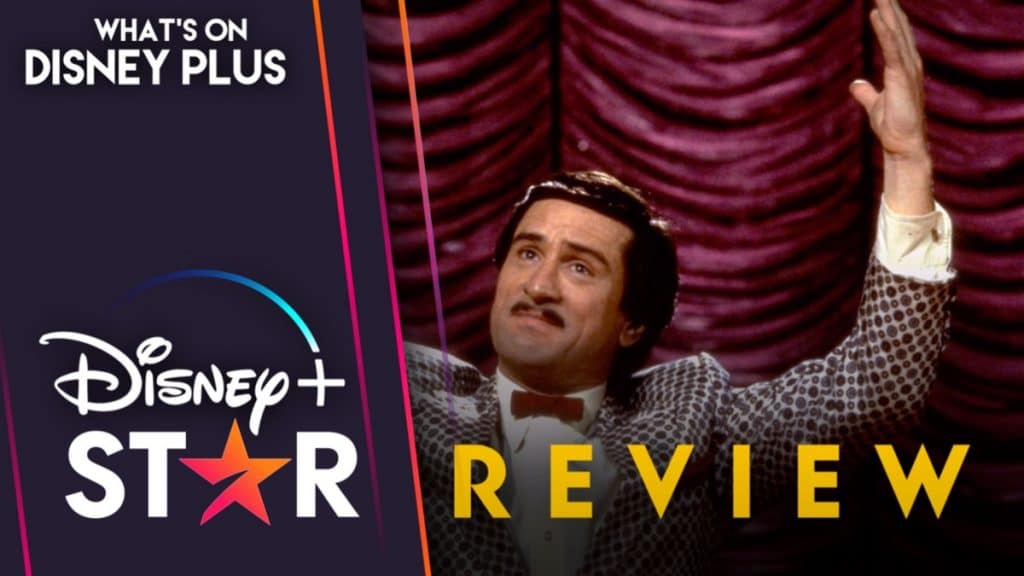 In this borderline uncomfortably dark comedy, Rupert Pupkin (Robert De Niro) is obsessed with reaching the very top of the stand up comedy world. Initially, he attempts to get help from his idol Jerry Langford, (Jerry Lewis) but when he’s run around in circles and snubbed whilst trying to get a spot on Langford’s renowned late-night television show, Rupert resorts to drastic measures in order to make his dreams come true…

The King of Comedy belongs to that unique club of a legitimate, unadulterated flop that goes on to establish itself as a minor classic. And when I call this picture a “flop”, I’m not stretching that term in the way that it often is in modern times. This isn’t a case of it bringing in an audience but just not quite managing to break even. No, on this occasion, the legendary Martin Scorsese truly crashed and burned. With a relatively modest $20 million production budget, the film’s entire theatrical run barely brought in $2.5 million worldwide. That’s less than 15% of the budget recouped. Most any other time, such a box office bust would merely be remembered as a footnote in history. However, The King of Comedy currently boasts a 7.8/10 user score on IMDb and a “certified fresh” 89% score on Rotten Tomatoes. So, was Scorsese’s 8th major directorial outing misunderstood in its time or was its performance at the box office fair? Well, I’ll try my best to answer that question.

While I’d agree that the film is a dark comedy, there really isn’t any overt humour. There’s no one liners or even any particularly absurd scenes that enter the realm of farce or parody. Most of the comedy on offer here is of the cringe variety. As an audience, we get to slowly watch Rupert unravel as he becomes increasingly desperate to make it as a stand up comic. But our protagonist (or would that be “anti-hero”?) never quite seems stable and so his behaviour isn’t exactly socially acceptable. Therefore, your instinct is to chuckle at his blunders and situations escalated by his own hand. But because the subtext of mental illness is rather obvious if you’re paying attention, it feels uncomfortable to laugh at someone rapidly succumbing to delusions rather than accepting that his chosen career path just wasn’t meant to be. Our main character may not be a bad person but he definitely isn’t making the choices of someone thinking clearly. This film’s narrative revels in exploring shades of grey and there’s no doubt that it stands out as a result. 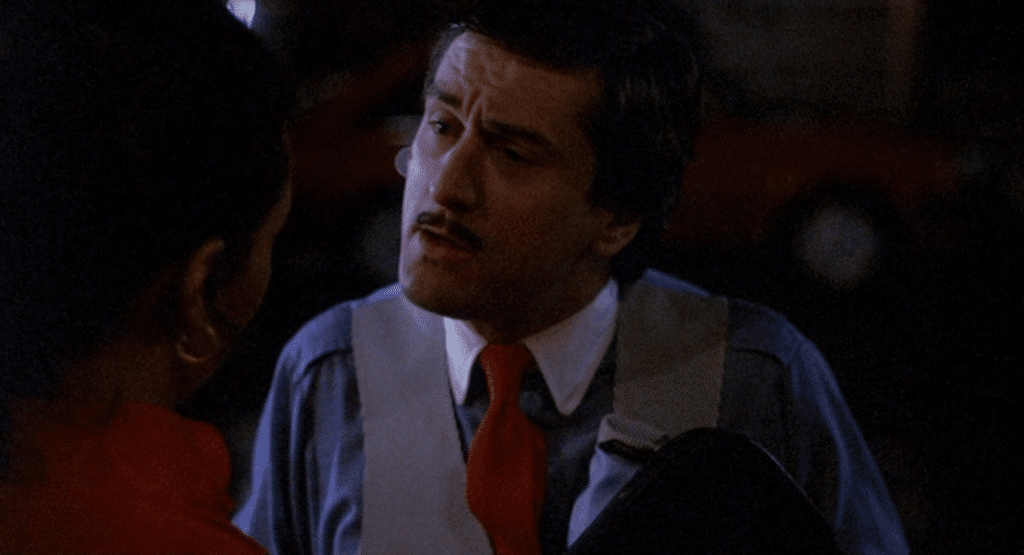 Continuing the grey duality is Jerry Lewis’ portrayal of Jerry Langford. In any other film, he would be the hero. By all reasonable measures, he does nothing wrong. He begins the film by trying his best to be polite to a man desperate to have what he has. And the irony here of course is that it’s made rather clear on multiple occasions that Langford isn’t happy with his fame and may even be mildly depressed by his famous life. And yet, because he doesn’t immediately capitulate and give a man he doesn’t know a chance on national television, he effectively becomes a villain. At least from the warped perspective of our main character, Rupert. By simply trying to humour an unstable person, he becomes a target.

As you may have guessed from what I’ve written so far, Lewis and De Niro carry this film with their performances. De Niro perhaps more so because he obviously gets more screen time due to being the central driving force for the narrative. It’s safe to say that things only happen in this story when Rupert makes them happen. However, what makes it all so engrossing is how much the actor hints at without needing to verbalise. Rupert has a nervous, almost manic quality to him whenever he interacts with other people. This is seemingly intentionally at odds with how polite he tries to present himself as when communicating with both Jerry and his associates. This is once again a clever nod to duality and the struggles involved with maintaining it. Rupert is trying his best to present an acceptable front while barely keeping it together under the surface.

This subtextual “battle for sanity” is once again reflected in the characters of the two female co-stars. We have Masha (Sandra Bernhard) and Rita (Diahnne Abbott). Masha practically serves as a warning for what Rupert could become if he continues down this road of obsession as she has become undoubtedly unhinged in her pursuit of Jerry Langford. Meanwhile, Rita is the “normal” life that our main character could have if he chose to move on from his dreams. In truth, there’s really not much to say about either of these performances as they’re both side characters for the most part. In fairness, Bernhard gets a little more to work with as Masha as she does play a slightly more pivotal role in the 3rd act but she’s still effectively playing crazy.

And so, after going back to my old film studies roots and embarking on thematic analysis for hundreds of words, I suppose I have to truly answer the question that I started this review with: did The King of Comedy “deserve” to flop at the box office? And I suppose, the honest answer to that is, “it isn’t really surprising that it did”. As much as I may be indirectly praising this film for its subtextual theming, it’s also not the kind of thing that can be marketed easily. It has “comedy” in the title and yet isn’t traditionally funny. If you’re someone who goes to the cinema for pure entertainment rather than in appreciation of “the art”, then you may struggle with a slow paced character study that has a tendency to drag a little in its last third as the audience waits for the payoff. But ultimately, it is a good film if you know what to expect. The key performances are superbly acted and engrossing. But I wouldn’t recommend this to a casual enjoyer of cinema.

The King of Comedy is available on Disney+ in a maximum resolution of 1080p Full HD. This is in line with the physical releases worldwide.

The King of Comedy does not currently include an “Extras” tab on its page as of writing, meaning that not even the standard “promo clip” is available.

“The King of Comedy” is available to stream on Disney+ now in many countries including the UK and Ireland, Canada, Australia and New Zealand and more.

What are your thoughts on “The King of Comedy”?

Jon has been a Disney fan all of his life. From wearing out those expensive VHS tapes and visiting Disneyland Paris as a child to becoming a huge fan of the MCU in adulthood, Disney has helped shape some of the happiest, most fun moments he can remember.
View all posts
Tags: 20th century fox, retro reviews, star, the king of comedy