The series has a format that combines elements of reality and talent show, “The Heir: The Freestyle Dynasty”  follows five mentors in the process of recruiting the next freestyle stars, from their homes, through their training and competition in the studio, until the crowning of the winner and “heir”,  who will receive $50,000 as a prize.

Throughout the episodes, the MCs —participants grouped into “clans” and with the guidance of mentors (DJs Atenea and Sonicko) — face off in battles of words, leading to eliminations, until the grand winner is found.

“El Heredero: La Dinastia Del Freestyle” is coming out on Friday, 20th January 2023, on Star+ in Latin America, and the series will be released on Disney+ in other countries around the world, including Canada and Australia. 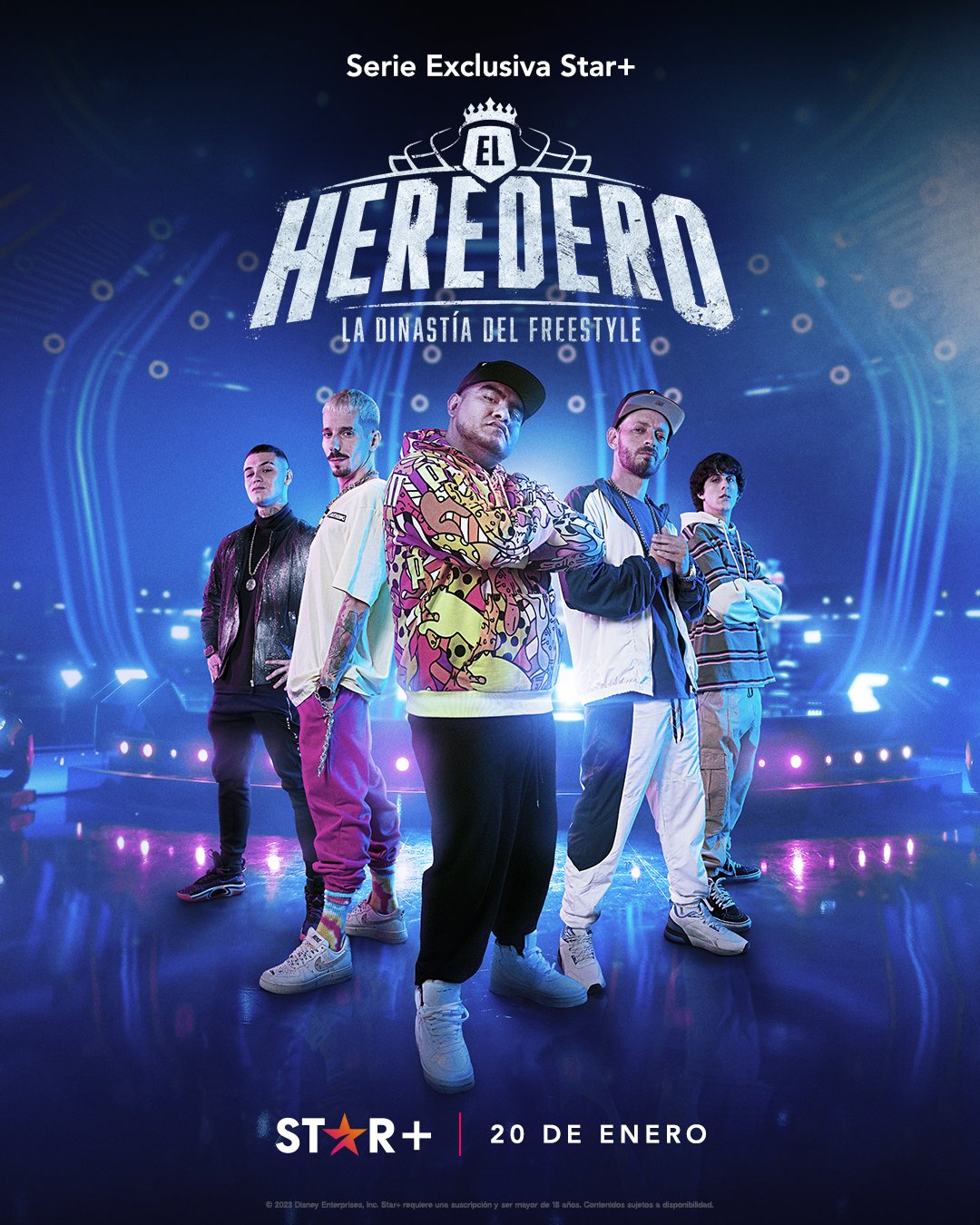 With segments recorded in different locations in Latin America and Spain, and studio recordings in Mexico City, there will be 20 episodes in this series, with four episodes a week being released every Friday,

Roger has been a Disney fan since he was a kid and this interest has grown over the years. He has visited Disney Parks around the globe and has a vast collection of Disney movies and collectibles. He is the owner of What's On Disney Plus & DisKingdom. Email: Roger@WhatsOnDisneyPlus.com Twitter: Twitter.com/RogPalmerUK Facebook: Facebook.com/rogpalmeruk
View all posts
Tags: The Heir: The Freestyle Dynasty