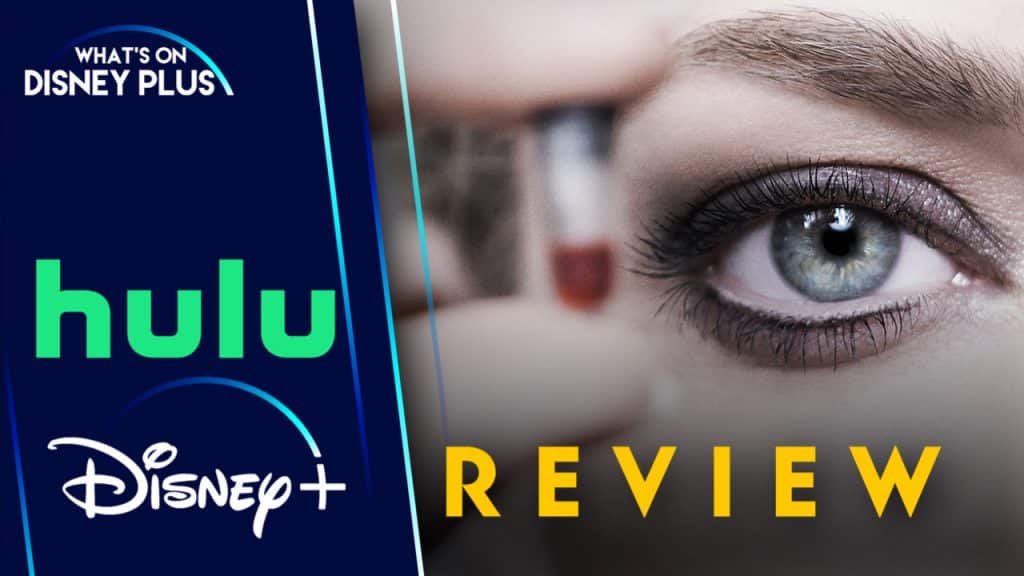 Searchlight Pictures has made its first leap into making a series for Disney’s streaming services, and its delivered a fantastic show, that highlights the incredible story of Elizabeth Holmes and Theranos.

The series starts with Elizabeth Holmes at high school. We get to see how driven she is to become successful, before following her story through college and how she met her future partner, Ramesh “Sunny” Balwani, in China. She quickly drops out of college to launch her own company, Theranos, derived from a combination of the words “therapy” and “diagnosis”, as she comes up with an idea of a device that can diagnose multiple issues quickly with just a few drops of blood.

The series follows her story through the development of the blood-testing device, how she got her investors to become the world’s youngest self-made female billionaire, only to lose everything. 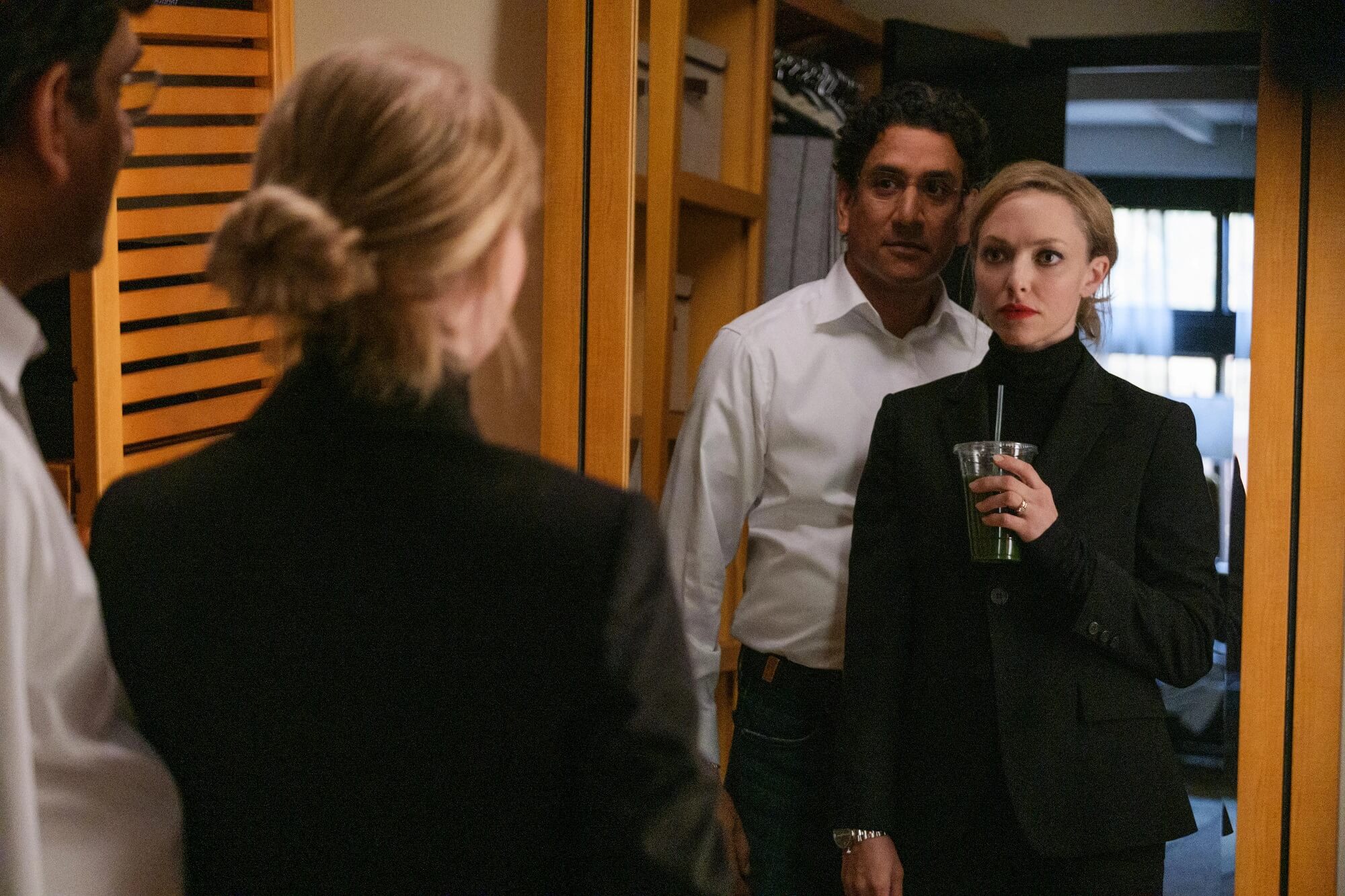 Originally this series was going to star SNL’s Kate McKinnon in the lead role, and honestly, having watched a few episodes of this series, I honestly think the shift to Amanda Seyfried was for the best.   Since there’s not really any humour in this series, Amanda plays the role amazingly.  Especially when Elizabeth is trying to convince herself what she is doing is for the right reasons.

One of the things that hit me about the main character, Elizabeth, is how she comes across as very desensitised to other people’s thoughts or feelings over the series.  She’s 100% focused on becoming a success, making money and will do anything to do so.   On the one hand, you feel some sympathy for her at the start, but more for the people around her and those that have invested in her, especially as she starts to lose control and will do anything to keep it. 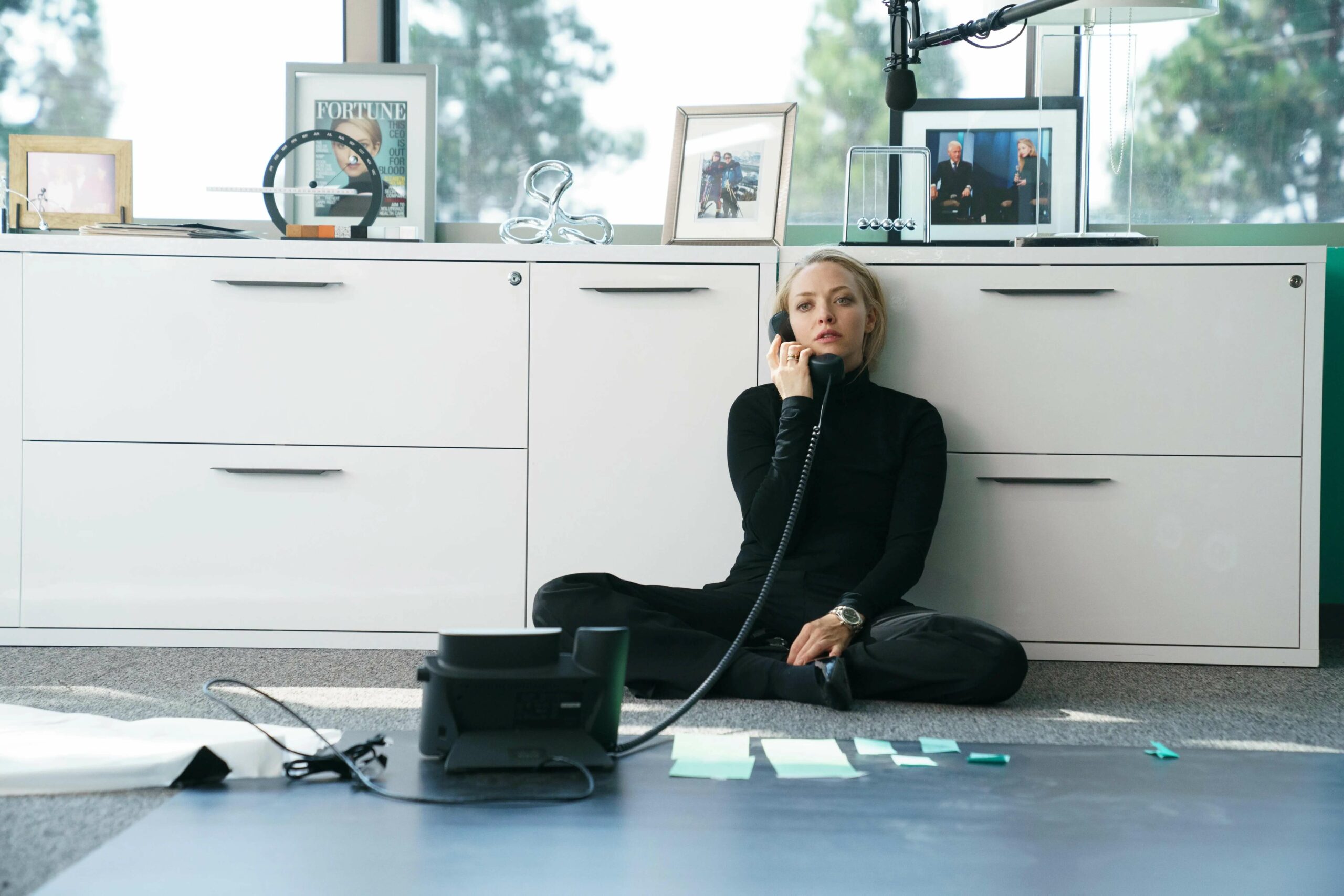 This series has a stellar cast, including Stephen Fry, Naveen Andrews and William H Macy, all of which blur that line between TV and film, which many of the outstanding limited series do.   As I can’t help but feel like had this series been made 5+ years ago, it would have been a film instead.  The series format gives us much longer to spend with each character, slowly developing them, without the rush of getting everything done in 2 hours.

I’ve only watched the first three episodes of the series so far, all of which will drop at the same time on Hulu and Disney+, which I think is quickly becoming the norm for limited series releases.  And this series really benefits from that because you’ll be hooked by the third episode.  I can’t wait to watch the rest of the series, as “The Dropout” is another great addition to the Hulu/Star Original lineup and is a must-watch.

The first three episodes of “The Dropout” will be released on Hulu and Disney+ internationally on Thursday, 3rd March 2022, with new episodes being released every Thursday afterwards.

Roger has been a Disney fan since he was a kid and this interest has grown over the years. He has visited Disney Parks around the globe and has a vast collection of Disney movies and collectibles. He is the owner of What's On Disney Plus & DisKingdom. Email: Roger@WhatsOnDisneyPlus.com Twitter: Twitter.com/RogPalmerUK Facebook: Facebook.com/rogpalmeruk
View all posts
Tags: review, the dropout