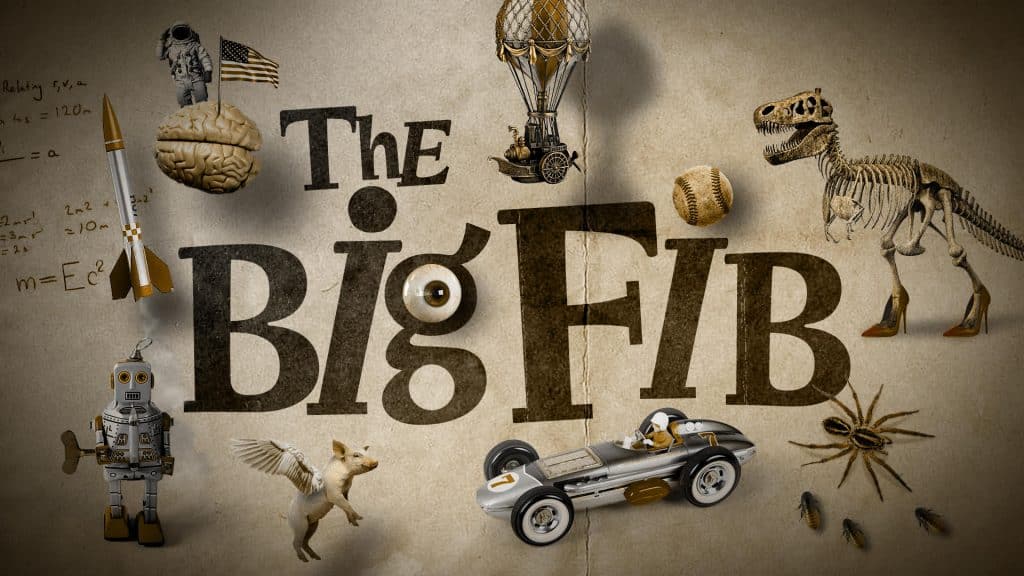 Disney+ delves into the world of kids games shows with its new original series, “The Big Fib.” The concept of the show is simple. A contestant questions two people who claim to be an expert on a topic and must determine who is telling the truth and who is lying.

It’s a cute kids show, but it’s nothing more than that. It starts with a fake round where the contestant must decide between who is telling the truth between two panelists, but one of the panelists is obviously lying. It’s an okay beginning to wet the viewers palate, but it doesn’t do much. After that, two new panelists are brought up and both take the topic seriously, making it actually difficult for the contestant to guess correctly.

I liked the fact that both contestants in the real portion of the show took the topic seriously. I was afraid when the episode started that it was going to constantly try for the cheap humor of the opening segment with one of the panelists obviously lying. That would’ve made the show far less enjoyable for everyone, in my opinion. Quite frankly, I wasn’t sure if I could make it through the episode to review it if that had continues, so I’m grateful that was just a short beginning segment.

Overall, the show is not bad. It was very informative. I learned a lot about the main topic, jellyfish, that I didn’t already know. It can certainly work for educating kids in a fun manner. But, it’s not a show families are really going to want to watch together. It’s cute. It’s innocent. And while most parents will be find letting their kids watch this show, they won’t want to sit down with them to watch it.

I know I’m not the target demographic for this show. I hope kids love it. Everyone on set looked like they were having fun and an enjoyable, yet still educational game show for kids has a lot of mileage. It’s potential for growth is certainly there and I hope the show builds on its premise and becomes better. But, right now, it’s just an average show. It won’t help with the perceived maturity problem Disney+ is facing, but it will help with parents who don’t want to sit and watch the same movies on a loop. It has a purpose and I’m not meant to be part of it.

The one thing I enjoyed most was the “fib foam” at the end. If the contestant correctly predicts the panelist who is lying, that person is sprayed with the “fib foam.” This was a throwback to some older shows where people were slimed for saying a key phrase (usually “I don’t know.) or were hit in the face with pies. Quite frankly, this show would be improved with someone like Marc Summers hosting it. I love Yvette Nicole Brown on “Community” and she does a perfectly fine job here, but this is Summers’ bread and butter from his time hosting shows like “What Would You Do?” and “Double Dare.” A host like him would elevate this show. But, overall, it’s great for kids, but not for anyone else.

What did you think of “The Big Fib?”

Jeremy has been a big Disney fan since he was a kid growing up during the Disney Renaissance. One day he hopes to go to every Disney Park in the world.
View all posts
Tags: big fib, review