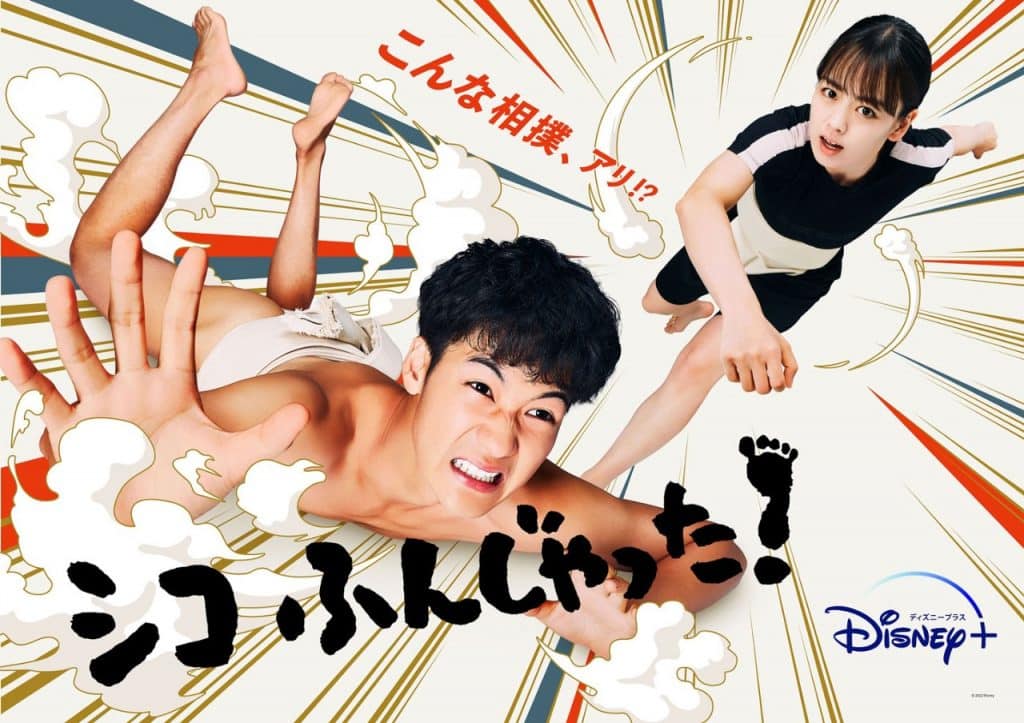 Disney has announced that the Japanese Disney+ Original series, “Sumo Do, Sumo Don’t” aka “Shiko Funjatta!” will be coming out on Disney+ in the United States on October 26th 2022, which is the same day that the series is released in Japan.  While it hasn’t been officially confirmed, it’s likely this will be a global release on Disney+.

Ryota Moriyama (Shoyuki Hayama), a senior at Kyoritsu University, receives a job offer at a first-rate company but gets dumped by Saki Nishino. His professor tells him that he can graduate on the condition that he joins the sumo club and competes in at least one match. With only a single member, Honoka Oba (Rokka Ihara), for the past two years, the sumo club is on the brink of collapse. In order to graduate, Ryota endures Honoka’s strict training methods and starts to recruit other members.

The show’s general director is Masayuki Suo.  The series is directed by Shozo Katashima, Hiroshi Gokan, Akira Hirohara, and Sakura Ueki.  It is based on a screenplay by Keiko Kaname and is produced by Altamira Pictures.

The first two episodes of “Sumo Do, Sumo Don’t” will arrive on Disney+ on Wednesday, 26th October 2022.  With new episodes being released weekly afterwards.

Roger has been a Disney fan since he was a kid and this interest has grown over the years. He has visited Disney Parks around the globe and has a vast collection of Disney movies and collectibles. He is the owner of What's On Disney Plus & DisKingdom. Email: Roger@WhatsOnDisneyPlus.com Twitter: Twitter.com/RogPalmerUK Facebook: Facebook.com/rogpalmeruk
View all posts
Tags: sumo do sumo don't