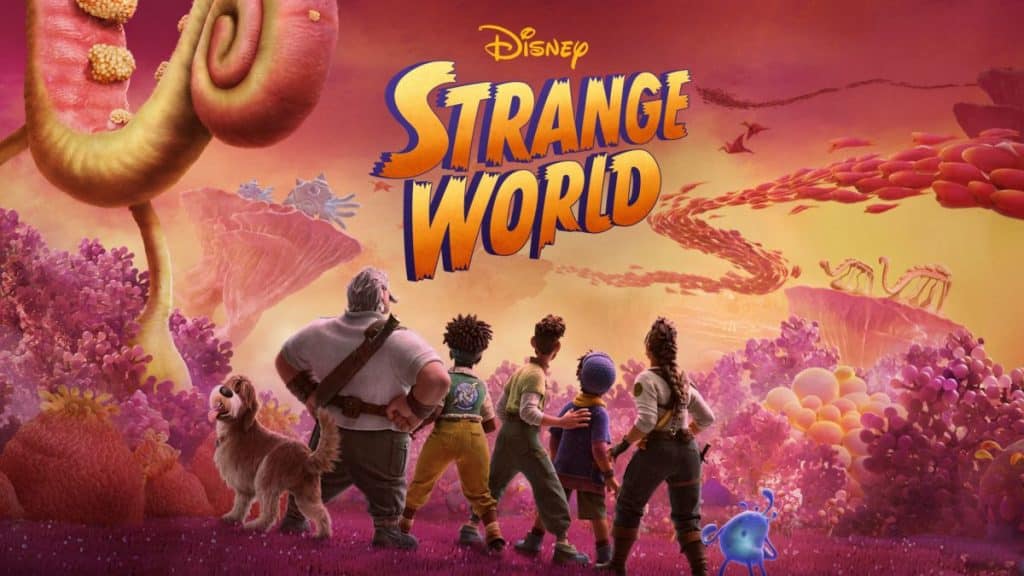 Last year, with the pandemic still causing some issues, Disney did an experimental 30-day theatrical release window for the animated film, “Encanto”, where the film was released in cinemas for Thanksgiving and then arrived on Disney+ on Christmas Eve.

This strategy paid off, with “Encanto” pulling in over $250 million at the box office and going on to become a juggernaut on Disney+, with huge viewing numbers, turning “Encanto” into a phenomenal success.

This Thanksgiving, Disney is releasing the animated film, “Strange World” in cinemas around the world, and many, including myself, have had a theory that Disney was going to do a similar release strategy this year, in getting the film onto Disney+ for the Christmas and New Year period.

And now, that looks to be the cast, since Deadline has reported that exhibition (cinemas) has received word that Disney’s animated Thanksgiving release “Strange World” will hit Disney+ in time for the year-end holidays.

It was also revealed by Deadline, that “Black Panther: Wakanda Forever” won’t be arriving early on Disney+ as there’s a robust theatrical window, which is definitely more than 45 days, and that there are no plans for a holiday drop on Disney+.

Disney hasn’t officially announced that “Strange World” is coming to Disney+ for the Christmas holidays, since, logically, it wants to increase the number of people who go to the cinema over the Thanksgiving holiday to boost its box office.  With “Encanto”, Disney announced the Disney+ release date in advance, which no doubt impacted on families going to the cinema, since a month’s wait isn’t that long.

“Strange World” introduces a legendary family of explorers, the Clades, as they attempt to navigate an uncharted, treacherous land alongside a motley crew that includes a mischievous blob, a three-legged dog and a slew of ravenous creatures. The voice cast also includes Dennis Quaid as Searcher’s larger-than-life explorer father, Jaeger; and Lucy Liu as Callisto Mal, Avalonia’s fearless leader who spearheads the exploration into the strange world.

Will you be watching “Strange World” in cinemas or waiting for a Disney+ release?