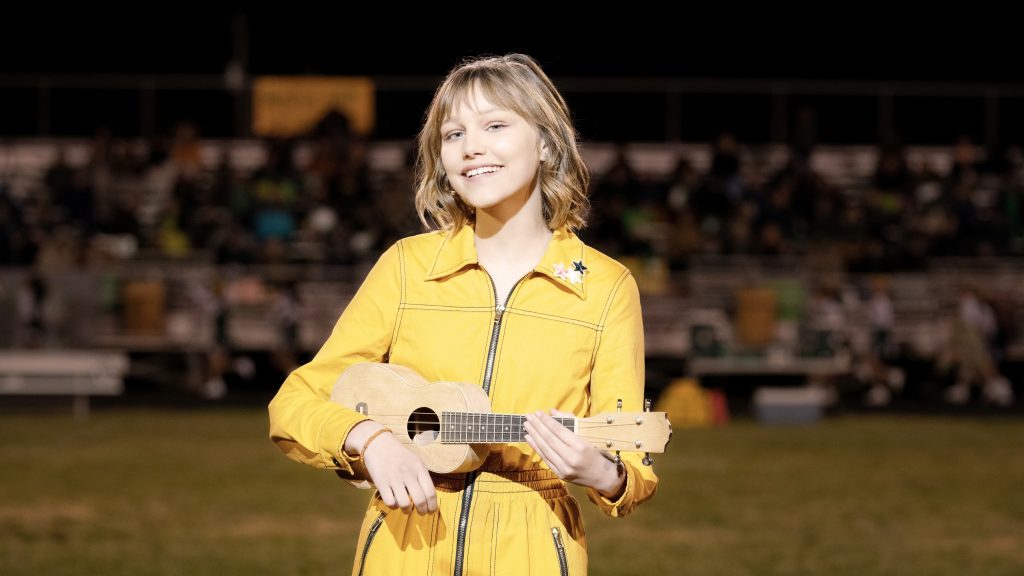 Stargirl is the latest movie exclusively for Disney+ and stars Grace VanderWaal as the free-spirited new girl at school, whose unconventional ways change how they see themselves…and their world.

The main story revolves around Leo, who is played by Graham Verchere, who does his best to not stand out and the rest of the school is also suffering from the same issue, with nobody stepping up to be the best they can be.

When Stargirl joins the school, we get to see how their relationship blossoms and how her attitude inspires a whole school. But her actions aren’t always received in the way she intends, resulting in her being ostracised and she tries to change who she is.

And that’s the key takeaway from this movie, it’s a coming of age movie, which shows why you’ve got to be true to yourself and to accept those who are, to do what you want to do, love who you want to love, like what you like, wear what you want to wear etc. It’s a strong message and vital for youngsters to learn.

But I’ve got to be honest, this movie just didn’t click with me. I just found the movie rather dull and it really dragged. The movie picked up the pace in the last quarter, but at the halfway point, I was still waiting for the movie to get going. Unfortunately, Stargirl just didn’t keep me interested, if it wasn’t writing this review, I would have ended up turning it off.

As an adult watching this movie, I’ve already gone through the stage of trying to blend in, before eventually finding myself, wearing what I want, like what I want and not care what everyone thinks. This took me years and my personal experiences made me who I am. For a teenager, this film has an important message, learning to be yourself. 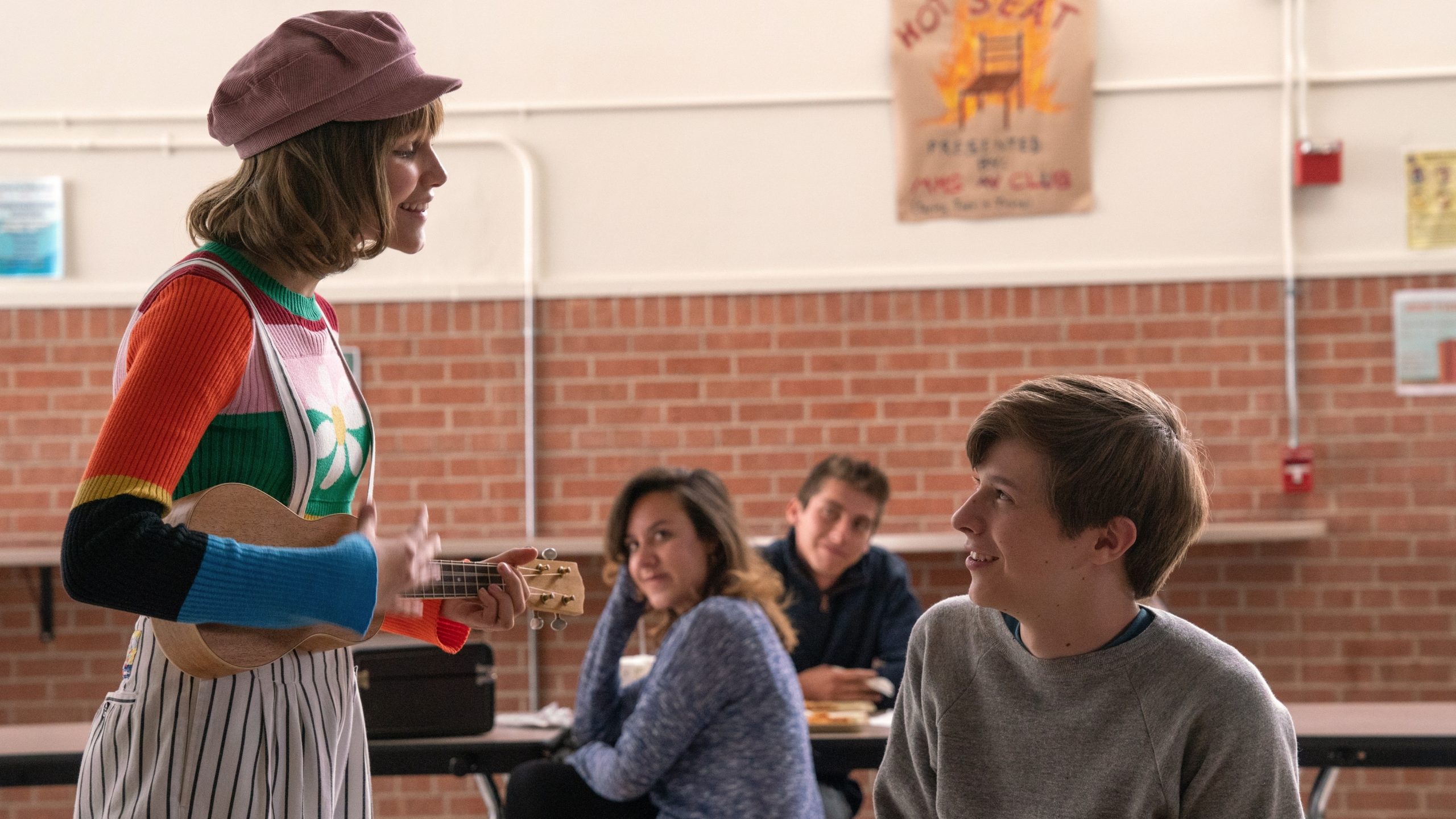 There are some interesting things the director has done with the visual style of this movie, such as the colour palette which is based on the high school colours of red and yellow, with everyone wearing bland clothes for the majority of the film. All of this keeps Stargirl front and center throughout the movie, so you know the attention is on her. Other visual notes include how the musical numbers often feel like a music video, with them looking right down the camera, which took me out of the story, as breaking the fourth wall just seemed out of place. Another thing that was slightly annoying was how during some of the scenes, it felt like it was filmed on a mobile phone, as the camera was jumping around.

This movie has plenty of songs, which mainly feature Grace VanderWaal, who has previously won America’s Got Talent, though I had never heard of her before this movie. Her songs are all very unique to her, as they are all very softly sung and with her playing a ukulele. I wasn’t 100% sold on the songs in the movie, since I’m not entirely convinced a girl singing softly with a ukulele would take over a high school football game.

I also found the whole setting of the film to be so cliché, with it set in a high school movie featuring football, cheerleaders and the school dance. It’s been done to death by so many series and movies, plus it was something I never had at school due to living in the UK.

One thing that stood out to me was how Stargirl doesn’t feel like a Disney movie, it feels more like a “Netflix” movie, it’s bare bones, there isn’t anything special or memorable about it. It’s a nice addition to Disney+ and feels much more grown up than the last original movie, Timmy Failure: Mistakes Were Made, but it’s not a movie I would ever want to watch again.

If you have a Disney+ subscription, I’d recommend you at least check it out, as I think some viewers will connect with these characters, but for me, it was disappointing.

Roger has been a Disney fan since he was a kid and this interest has grown over the years. He has visited Disney Parks around the globe and has a vast collection of Disney movies and collectibles. He is the owner of What's On Disney Plus & DisKingdom. Email: Roger@WhatsOnDisneyPlus.com Twitter: Twitter.com/RogPalmerUK Facebook: Facebook.com/rogpalmeruk
View all posts
Tags: review, stargirl