Today, Disney has officially announced that Star+ will launch in Latin America on August 31 as a standalone streaming service that will offer a full slate of ESPN content, including live events from the top leagues and sports shows; series, animated comedies, movies, documentaries; and regional and international original Star productions, including exclusive content.

“Star+ will offer a never-before-seen customized experience and will expand our connection with the different audiences. The strength of the content, that will include all of ESPN, makes Star+ a unique and relevant offering with its own identity that will become a recognized digital service, independent from Disney+. Having said that, its arrival will represent a service that is complementary to Disney+ and it will consolidate The Walt Disney Company’s presence in Latin America’s streaming market,”

“With Star+, we will also reinforce our constant commitment of over 20 years to develop, produce, and offer local content that represents the taste of consumers of the whole region, producing original content with well-known local production companies and talents, to tell stories that connect with Latin American audiences. We will do so through different genres, addressing original fiction stories, and social and historic themes that are relevant and of general interest.”

The service will be available on Internet-connected devices and users can subscribe separately or as part of a bundled offer with Disney+.

Star+ is a freestanding general entertainment and sports streaming service launching in most Latin American countries on August 31st  It is complementary to, but independent from Disney + in this region.

The service is the home for exclusive premieres of general entertainment TV series and movies from The Walt Disney Company’s content studios, including Disney Television Studios, FX, 20th Century Studios, STAR Original Productions, National Geographic Original Productions and more, and the streaming service for live sports from ESPN, the most respected and renowned brand for sports fans in the region. From dramas to comedies (including all seasons of The Simpsons) and thrillers for adults, Star+ also features exclusive original programming from the STAR general entertainment brand, along with a collection of regional original productions from Latin America. 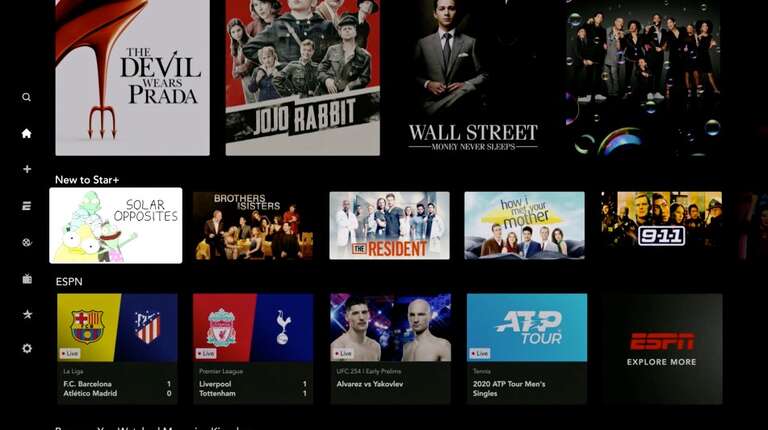 Earlier this year, Disney released Star as a general entertainment brand on Disney+ in 17 countries including the UK, Canada, Australia and more.  Star includes all of the same content as above, but without any live sports from ESPN.

The move to release Star+ separately in Latin America hasn’t gone down too well, as most subscribers would have preferred that Star was added to Disney+ like in other regions, with everything within the one app.

What do you think of Disney launching Star+ in Latin America?