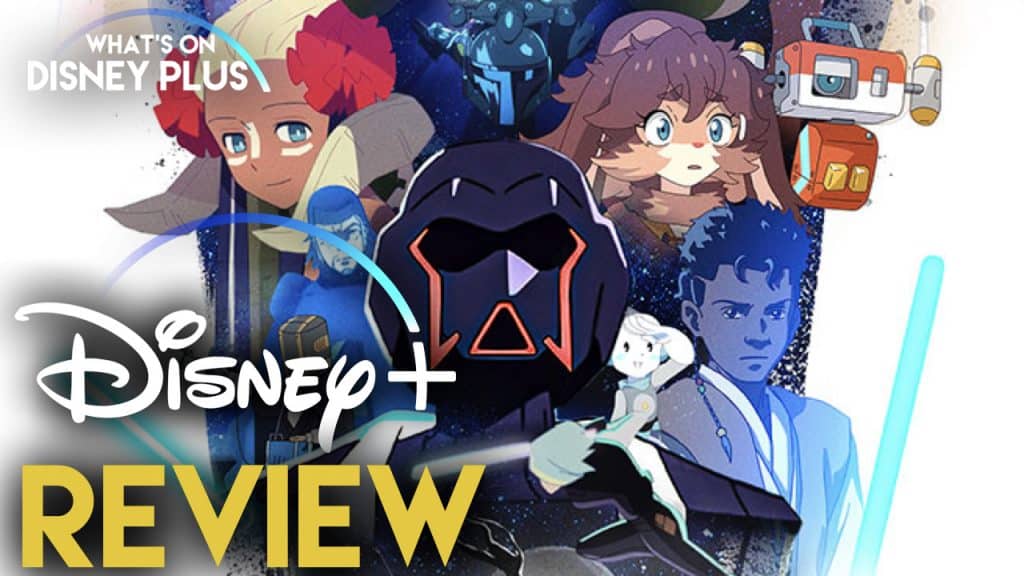 One of the great things about Disney+ is that it has allowed Disney to do projects it would typically never usually take. With “Star Wars: Visions” standing out as one of the first projects that are really pushing the boundaries on what can be created.

This collection of 9 shorts isn’t like anything we’ve seen before, and each short is between 10 and 20 minutes long, so they aren’t just 2-minute blasts. With that extra time, they are really able to explore these characters and tell a different story.

“Visions” feels like the closest thing we could see to a Star Wars “What If?” series, because nothing in these series is connected to the shows and films. They are all stories that shouldn’t be considered “canon”, and while they have less impact because you know these shorts are just one-off’s, they bring some excitement back to Star Wars, because they aren’t trying to connect everything together.

One of the great things about this collection of shorts is that the voice talent is very strong, considering they are just shorts. With big names like Lucy Liu, Joseph Gordon-Levitt, Neil Patrick Harris, Alison Brie and many more involved in this project. I’m not sure if it’s just because actors were stuck at home for so long during the lockdowns that they were willing to stretch their wings and do different projects, or if they just were excited to work on something Star Wars.

As you’d expect from Japanese Anime, the art style is very different to what we’ve seen within the Star Wars series so far. Each short has its own unique art style. Some feature the traditional big-eyed cute characters, others are more realistic and none of them look too similar.

I personally wouldn’t recommend trying to watch all of these shorts in one sitting, because they are all very unique, and if you spread them out a little, you’ll appreciate them much more. Especially as the majority of them are close to 20 minutes, so it’ll take you a good two and half hours to watch them all.

Here are a few words about each of the Star Wars: Visions shorts:

If you’re after something a little different to the Star Wars universe, “The Duel”, is very different. I loved this short’s old black and white artistic style, with a little bit of colour to pop off the screen. It feels old but modern at the same time; it’s a strange experience. If you like the “Mandalorian’s” western vibe, then this will stand out as a highlight of the Visions collection. The art style of this episode is probably my favourite out of all of the Visions shorts. What makes this episode stand out is that this isn’t your traditional Jedi vs Sith battle. It’s much more darker than that. Throw in an epic lightsaber battle on a floating log heading towards a waterfall, and you’ve got something that’s an easy recommendation.

The basic idea of this short is that a music band is constantly on the run from Jabba The Hutt, so they rarely get to finish their set before escaping. This time, Boba Fett (played by Temuera Morrison) turns up and brings them back to Jabba, where they get to play one last time in front of a crowd (imagine the setting of a Pod race from “The Phantom Menace”. I enjoyed this short, it’s completely bonkers, but at the same time, this could have easily been a storyline in “Rebels” or “The Clone Wars”, as it didn’t seem as far out there as some of the other shorts.

This short is one of my highlights, because there is a battle between two twins, Karre and Am, who represent a version of the Empire. There is even a massive double Imperial Star Destroyer, which looks blizzard. The best thing about this short is that it ends up with an all-out fight in space between two twins that make it one heck of a short and a highlight of the collection.

Another fantastic short, that sees a couple of Jedi hiding in a forest, wanting to stay away from trouble, until some thugs come to the village to take over, bringing the Jedi out to defend them. This feels like a story that could easily be a plot of “Rebels” or “The Bad Batch”, with a new Jedi hiding away after Order 66. I enjoyed it and it’s certainly one to check out.

Another great addition to the Star Wars Visions collection is “The Ninth Jedi”, which has some throwbacks to the speed bike chase from “Return Of The Jedi”, making this one stand out from the other shorts.

This short focuses on some rather cute robots, along with a terrifying Inquisitor, trying to complete the clean up all the Jedi after Order 66. One of the things I love about this short is the chibi art style for the droids, making this one stand out from the others in this collection.

The Elder is probably the first short I’d recommend people check out in this series. It’s the closest to what we recognise as Star Wars, a Jedi and a Padawan coming face to face with a Sith Lord. It feels more like an episode of “The Clone Wars” done with anime animation rather than CGI. I really enjoyed this short and feel this is a good place for casual Star Wars fans, who maybe have never watched anime start.

This short is perhaps one of the strangest shorts in the series visually, and it stands out from the rest, because the main character is a humanoid rabbit, which gave me Bucky O’Hare vibes. The art style is all over the place, and that’s not necessarily a bad thing. Yet it was also the one short that showcased the Empire more traditionally, but it’s also extremely Japanese, with lots of references to Asian heritage. It also has some interesting family dynamics between a father, daughter and an adopted daughter, as this short all comes down to family and what it represents.

This story feels straight out of a western, local princess hires a Jedi to avenge her family, leading to a confrontation between Jedi and the Sith. There are elements within this episode that reminded me of “The Mandalorian” because of the western influence. There is also the internal struggle between good and evil within. I also liked the art style of this episode. Its background is gritty and more realistic, while the characters are more traditional, which I prefer.

Overall: Star Wars Visions is a breath of fresh air for Disney+. It’s wholly unique and having that flexibility to step away from being considered canon, means we get something original and different. It’s not going to be for everyone. But if you don’t like one of these shorts, try another. With nine different shorts, you should find one that you enjoy, though I’d hope you like much more than one. I really enjoyed this short series and hope that it’s a big enough success that we get to see more of this. Personally, I think these shorts should have been released weekly, rather than all at once, because most of the shorts aren’t much shorter than an episode of Marvel’s What If? and deserve a little more time in the spotlight. I know after watching a couple, in one sitting, I stopped and started spreading them out over a few days, because they were blending into one another a little. But at the same time, it’s understandable that this is very experimental and releasing them all at once might mean people are more likely to check out different shorts.

Star Wars Visionsisn’t for everyone. I do think that your casual Star Wars fan might struggle with Visions. It’s different. I believe this Visions is like marmite. You’ll either love it or hate it. Some are going to become fan favourites, while others might just be considered average and rarely discussed. But Star Wars fans are in for a treat with Visions, especially if you’re a Star Wars fan who also loves anime. Visions could be the most refreshing and original Disney+ project of the year.

Roger has been a Disney fan since he was a kid and this interest has grown over the years. He has visited Disney Parks around the globe and has a vast collection of Disney movies and collectibles. He is the owner of What's On Disney Plus & DisKingdom. Email: Roger@WhatsOnDisneyPlus.com Twitter: Twitter.com/RogPalmerUK Facebook: Facebook.com/rogpalmeruk
View all posts
Tags: review, star wars, visions