Star Wars: The Mandalorian Third Season Unlikely To Be Delayed Due To COVID

What's On Disney Plus > Blog > Brands > Star Wars > Star Wars: The Mandalorian Third Season Unlikely To Be Delayed Due To COVID

Star Wars: The Mandalorian Third Season Unlikely To Be Delayed Due To COVID

Post production on the second season of Star Wars: The Mandalorian is currently underway, to keep the show on schedule for its October release.

The show was able to complete all of its filming before the coronavirus situation closed down filming, however it doesn’t look like the third season of the show will be delayed due to COVID.

In a recent Hollywood Reporter interview with the Executive producers Jon Favreau and Dave Filoni, we’re asked about the potential delay for the third season.

Given that your production involves a lot of virtual sets, will that make it easier to get back to filming a potential third season amid COVID-19 restrictions?

FAVREAU The fact that the set is much more contained is a benefit, because you can limit the number of people. A lot of the people controlling it are doing it remotely from what we call the Brain Bar, which is a bank of gaming computers, essentially. The amount of people near the camera could be much smaller than [usual]. We also shoot a lot outside, which is helpful, too. We build to a moment in filming more like an animated production, where we have a lot of storyboards, a lot of discussions and scouting in virtual reality. We use cinematic tools in VR much the same way we did for The Lion King and The Jungle Book. A lot of times the actors you are seeing on the screen aren’t actually there on set. 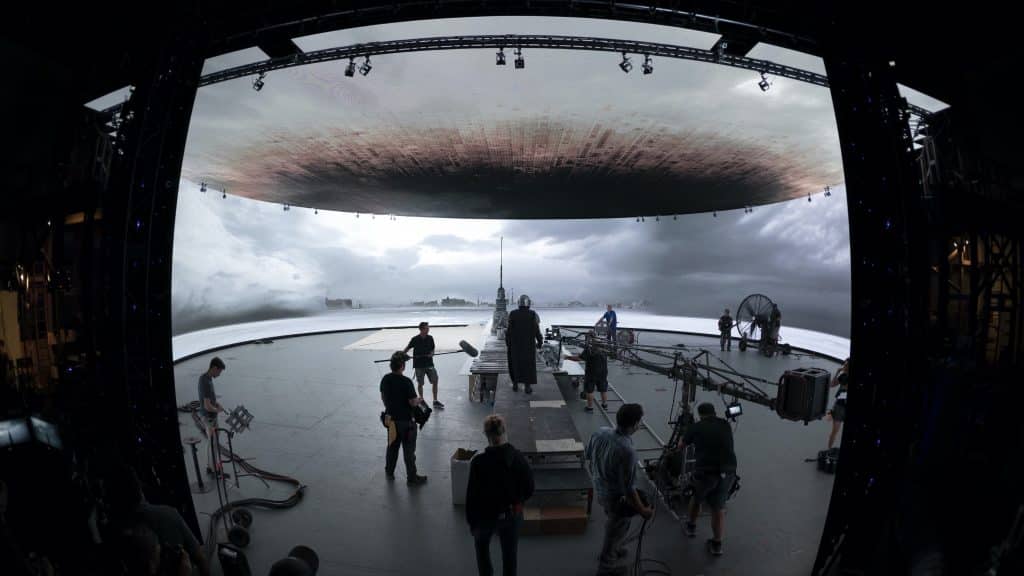 The way that the Mandalorian uses the large virtual set, which is called  “The Volume”,  really does make shooting with less people and just as important, it means they need to do less travelling, will make the show safer to make.

If you want to know more about the “Volume”, be sure to check out the behind the scenes show, Disney Gallery: The Mandalorian.