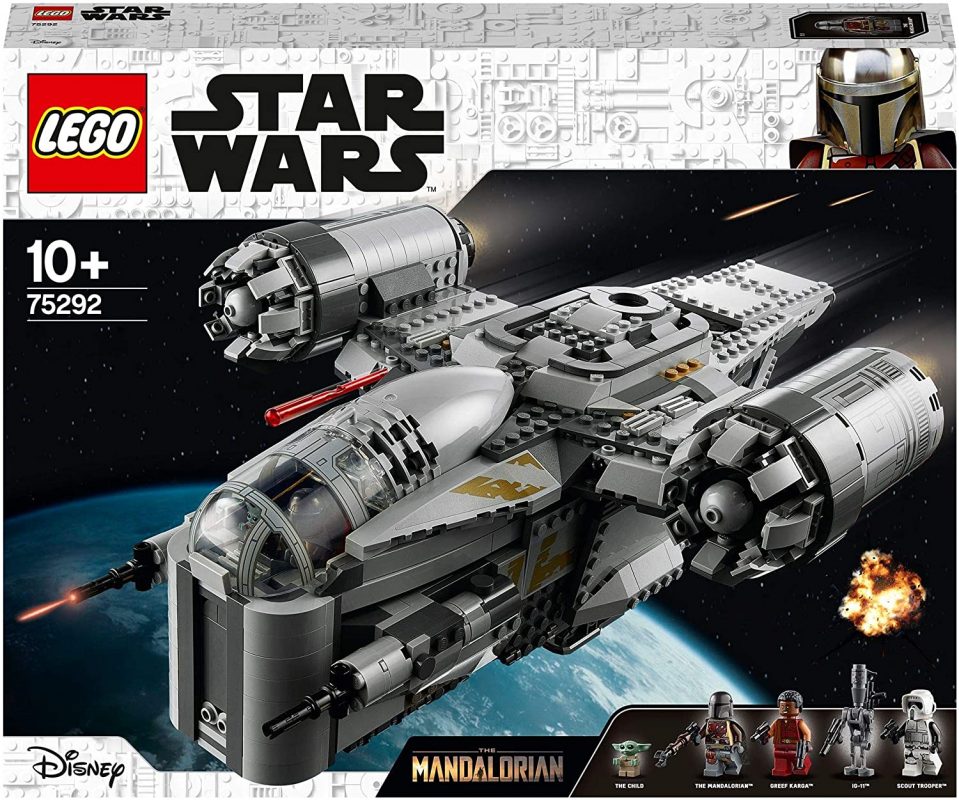 LEGO releases its newest sets at the beginning of every month and today’s big release is  “The Razor Crest” from the hit Disney+ series, The Mandalorian.   It is priced at $129.99 and can be pre-ordered from retailers including ShopDisney, Amazon and LEGO

Due to a legal copyright issue in Europe, the set has had to be renamed the Star Wars The Mandalorian Bounty Hunter Transport Starship.

A challenging build for ages 10 and up, this 1,023-piece starship construction kit includes 5 collectible LEGO Star Wars characters, including new-for-August-2020 The Mandalorian and the Child LEGO minifigures. It’s great for role play and combines with other LEGO Star Wars sets for even more action.

The Star Wars: The Mandalorian “Razor’s Crest” LEGO set can be purchased from retailers including ShopDisney, Amazon and LEGO