Star Wars: The Mandalorian Merchandise Coming To The D23 Expo

Star Wars: The Mandalorian Merchandise Coming To The D23 Expo

Disney has announced a some new merchandise based on the Disney+ Original series, Star Wars: The Mandalorian, will be released at the D23 Expo. Early details on the merchandise being released was revealed to guests going to the event with a deluxe “Sorcerers” package. 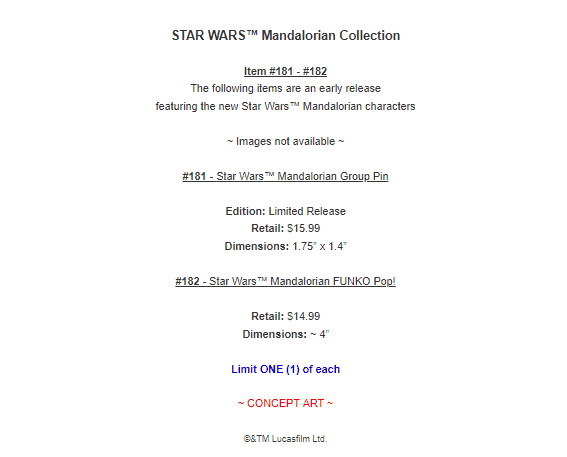 There new Pop Vinyl will be priced at $14.99 and a limited release Pin, which will be limited to one per person.

No images of the new merchandise were revealed, but hopefully we will get to see details soon.

These will be one of the first products released for the Disney+ Original series, with other merchandise being released on “Triple Force Friday” on October 4th and with the wording of “Early Release”, these items could be available elsewhere after the D23 Expo.

The D23 Expo will be taking place in Anaheim, California from August 23th until the 25th.

Are you excited for the new Mandalorian merchandise?