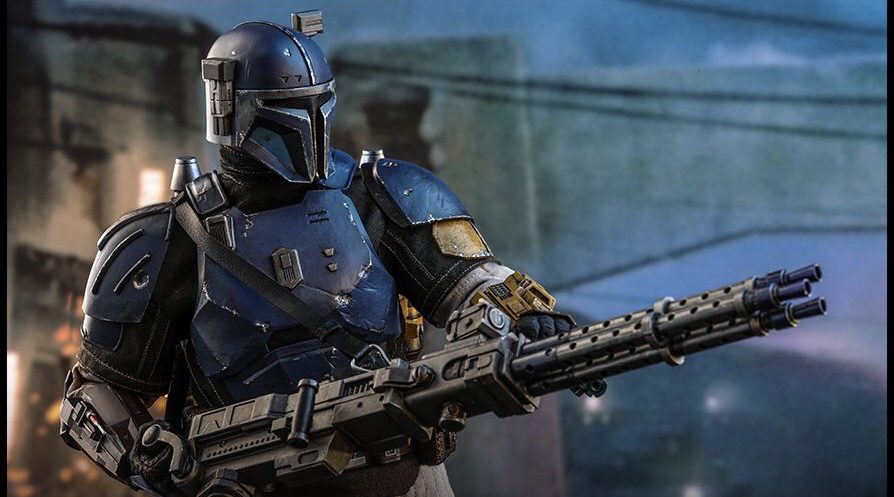 Hot Toys has announced a new “Heavy Infantry” 1/6th Scale Collectible Figure, based on the characters appearance in the latest episode of the Disney+ Original series, The Mandalorian.

Returning to the enclave on a volcanic world with a camtono of Imperial beskar, the Mandalorian intending to create new armor from it was confronted by a group of other Mandalorians, including Heavy Infantry Mandalorian, who condemned the lone gunfighter for transacting with the Empire.

Following the official introduction of the first wave of Hot Toys’ The Mandalorian collectible figures featuring the title character and IG-11, we are excited to continue the unveil of astonishingly detailed collectibles based on the first-ever live action Star Wars series and officially introduce the new 1/6th scale collectible figure of this Heavy Infantry Mandalorian!

The highly-accurate collectible figure is specially crafted based on the image of Heavy Infantry Mandalorian. Highlighting the features are the newly designed helmet and armor pieces, meticulously tailored outfit, beautifully applied weathering effects, finely sculpted jetpack, highly detailed and articulated heavy blaster with ammo belt, a blade, and a desert-themed figure base. 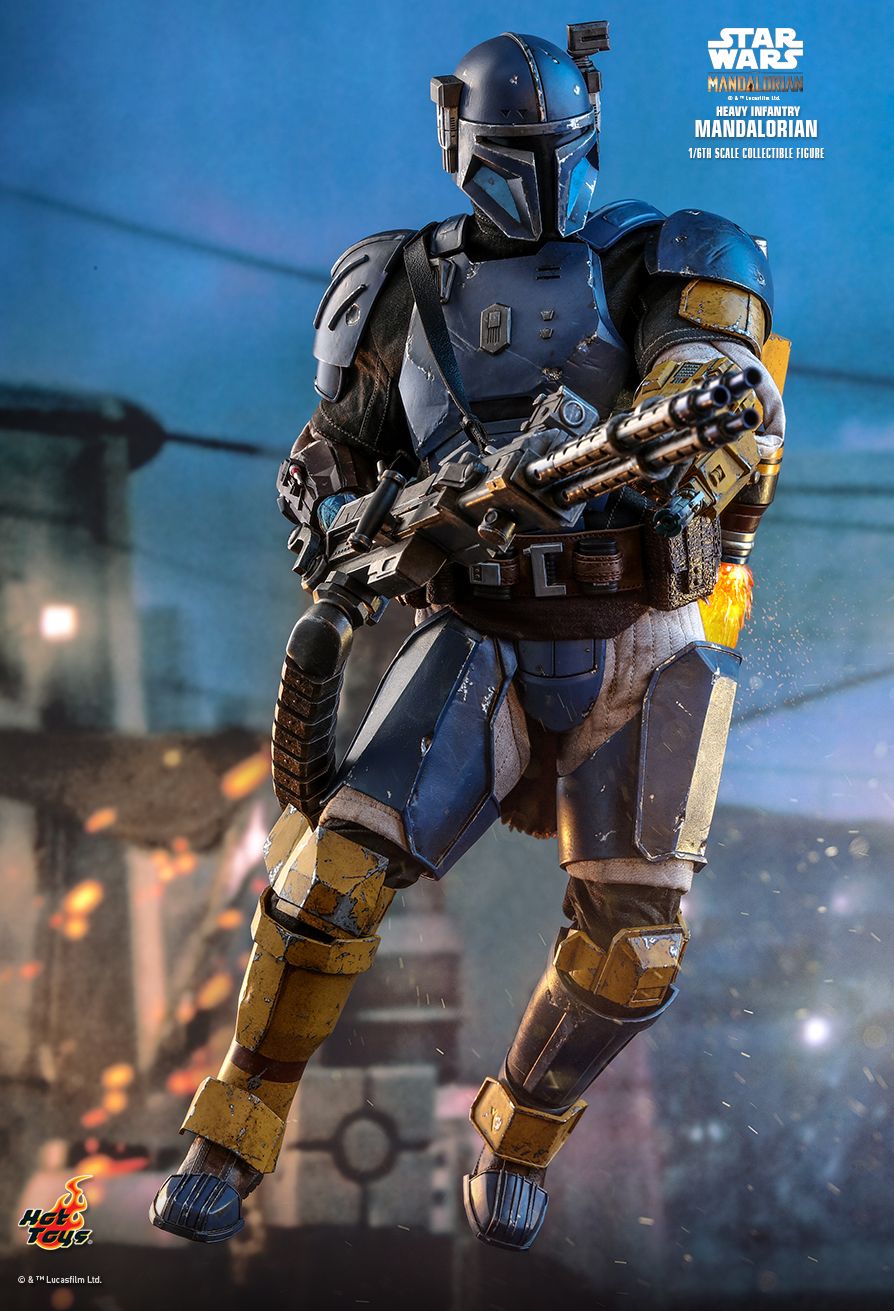 Weapons:
– One (1) articulated heavy blaster with detachable strip
– One (1) blade

Here is a closer look at this new Mandalorian Heavy Infantry figure: 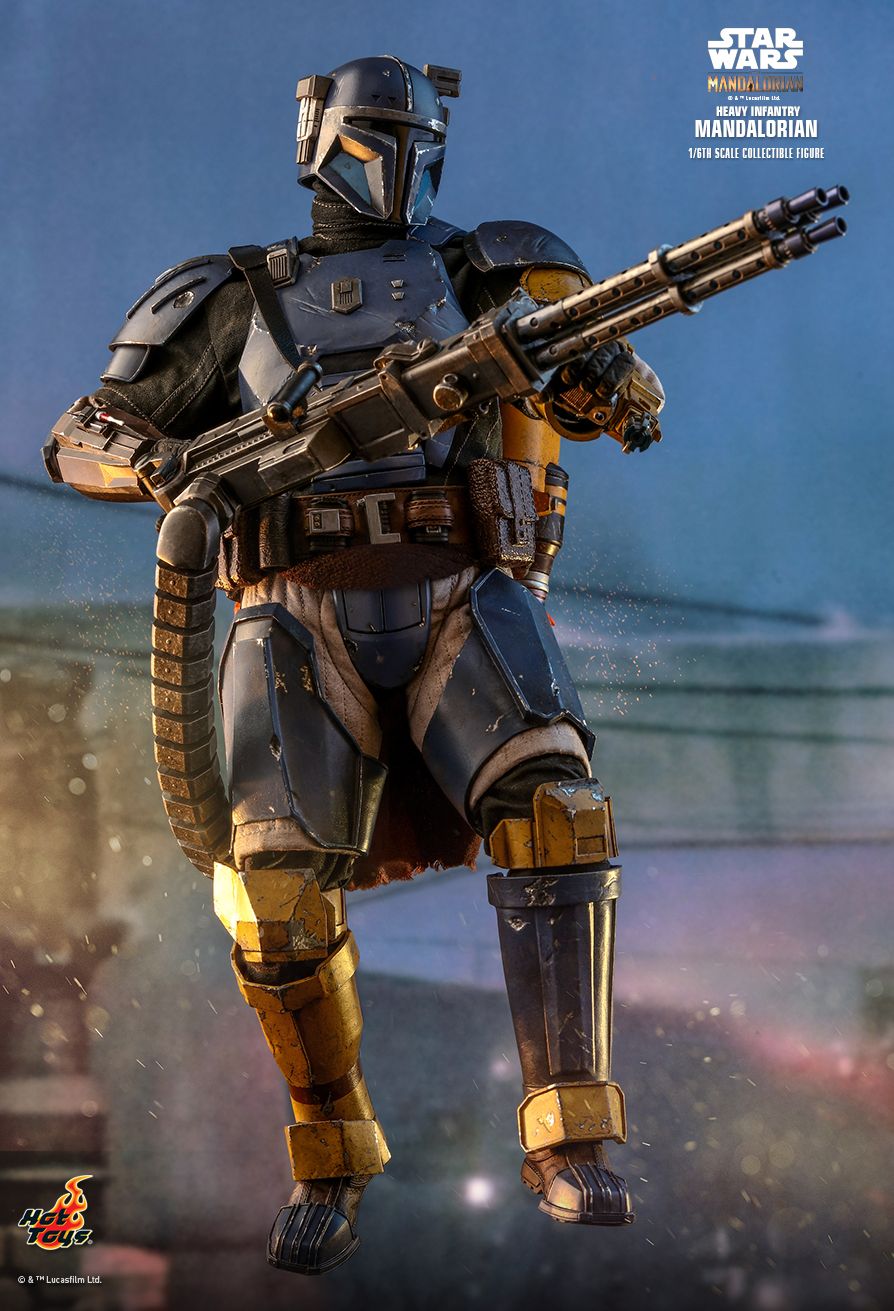 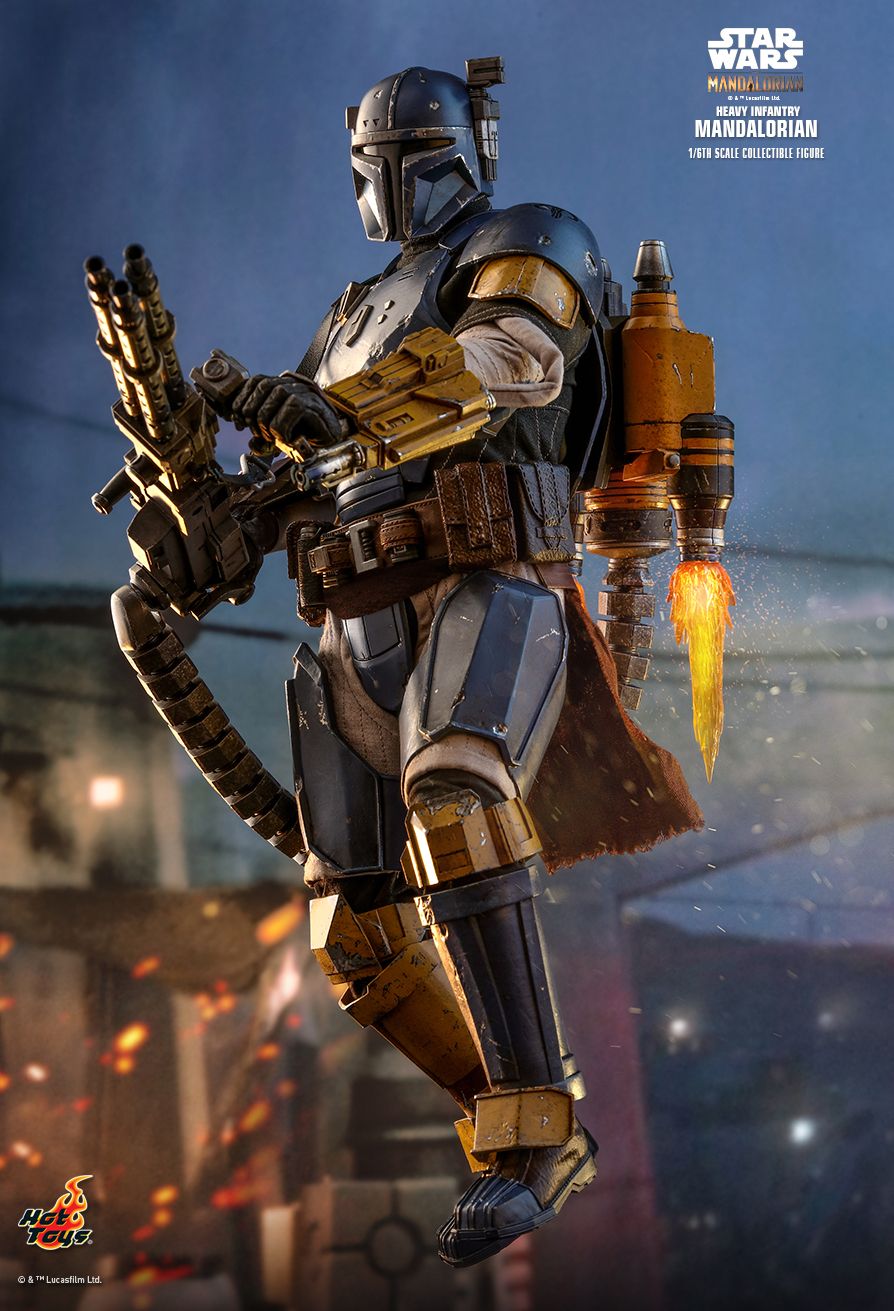 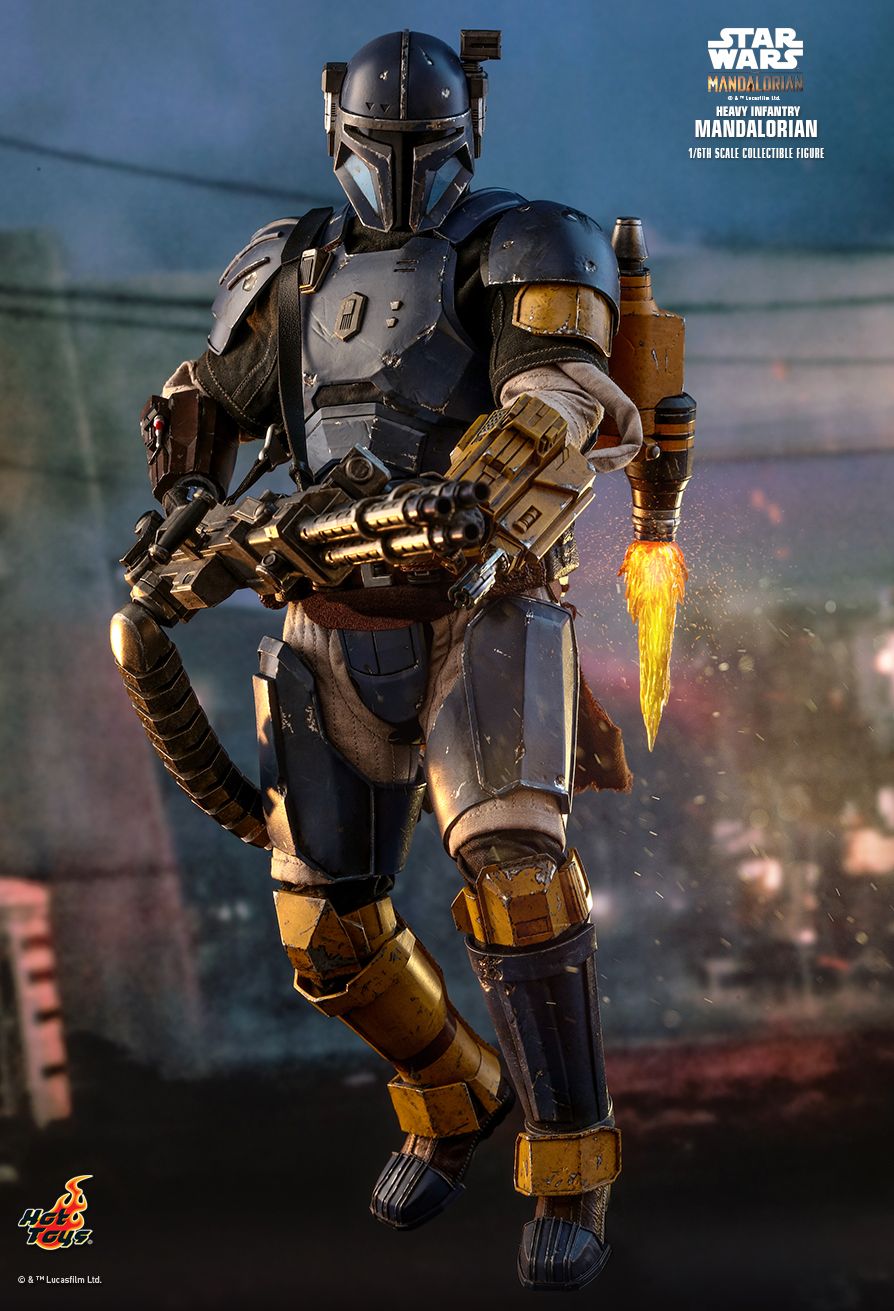 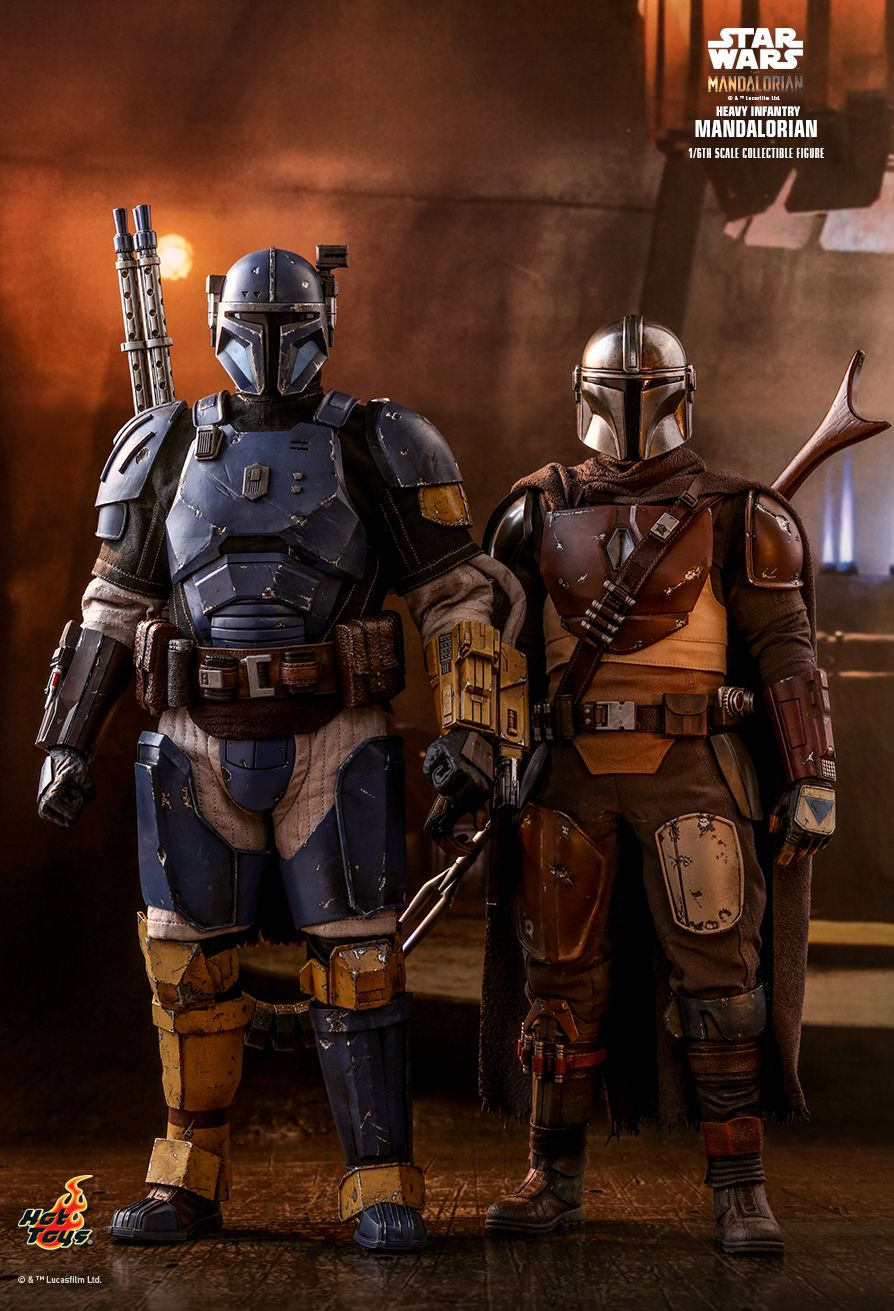 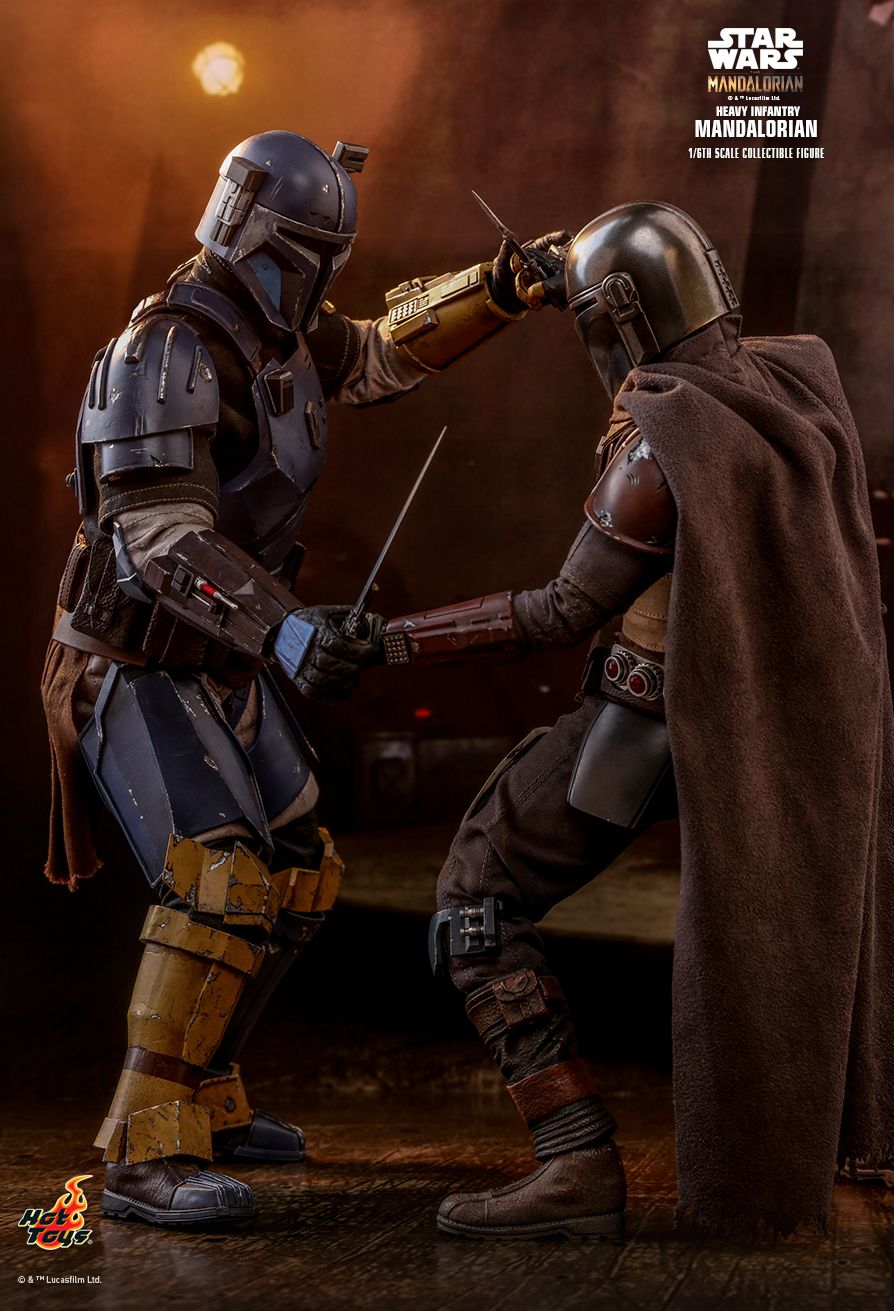 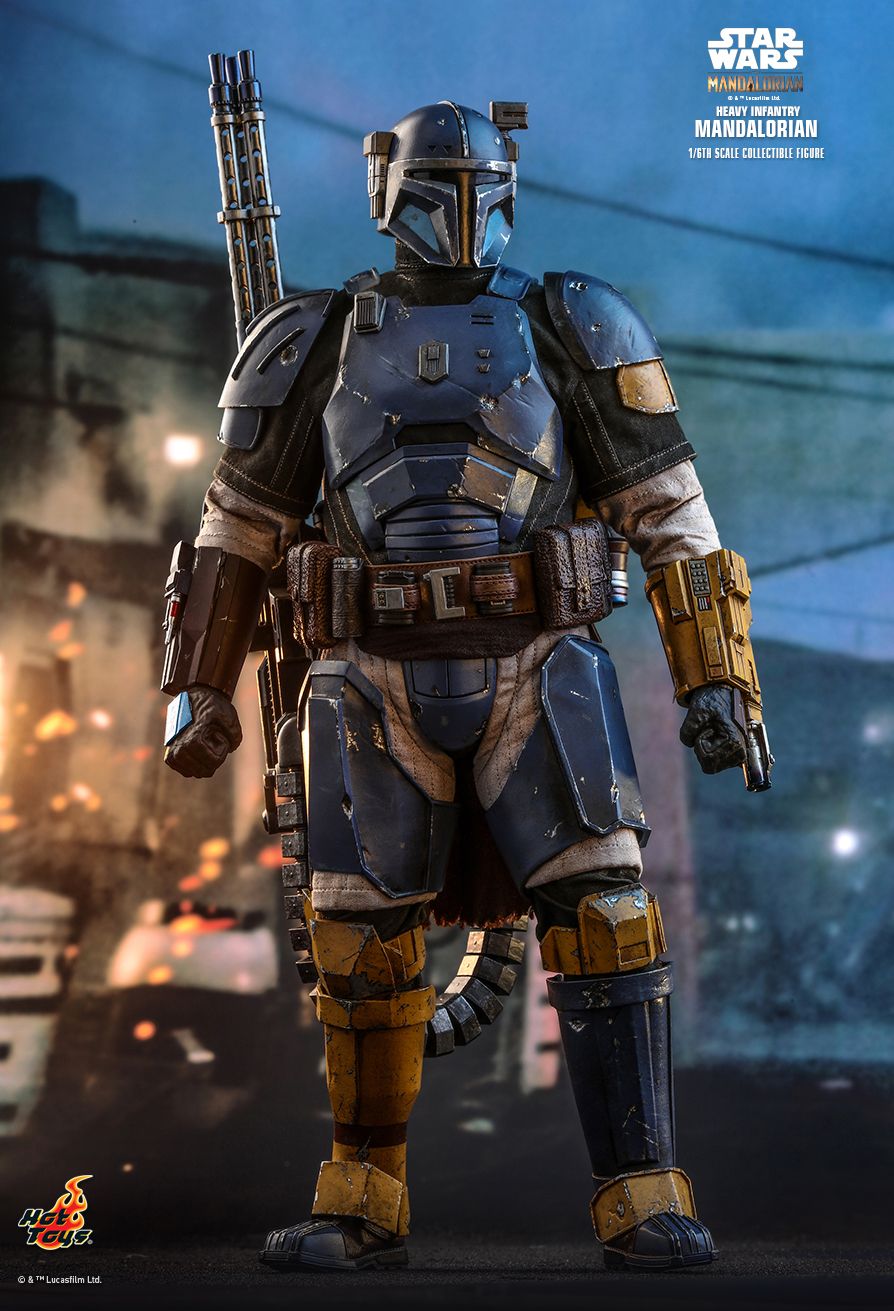 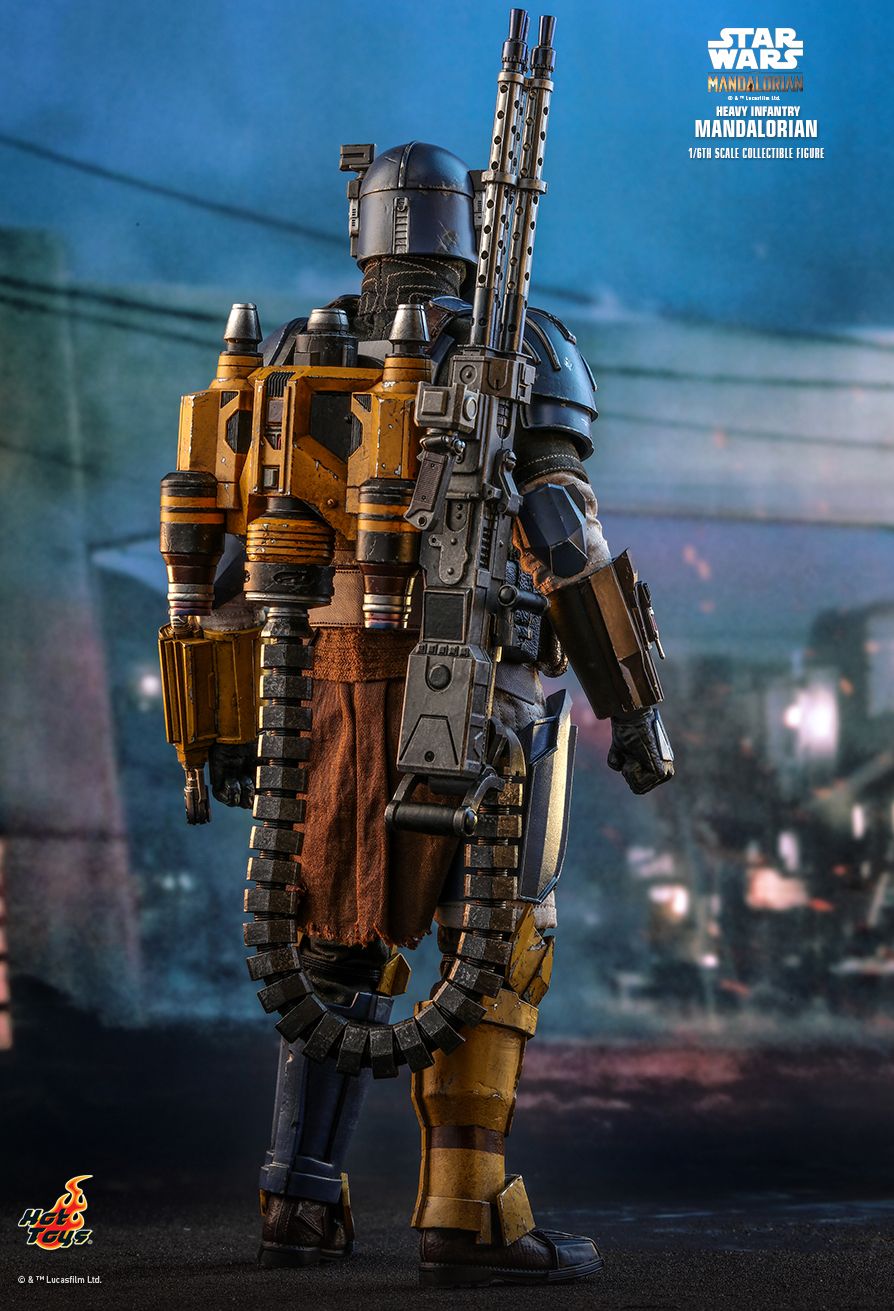 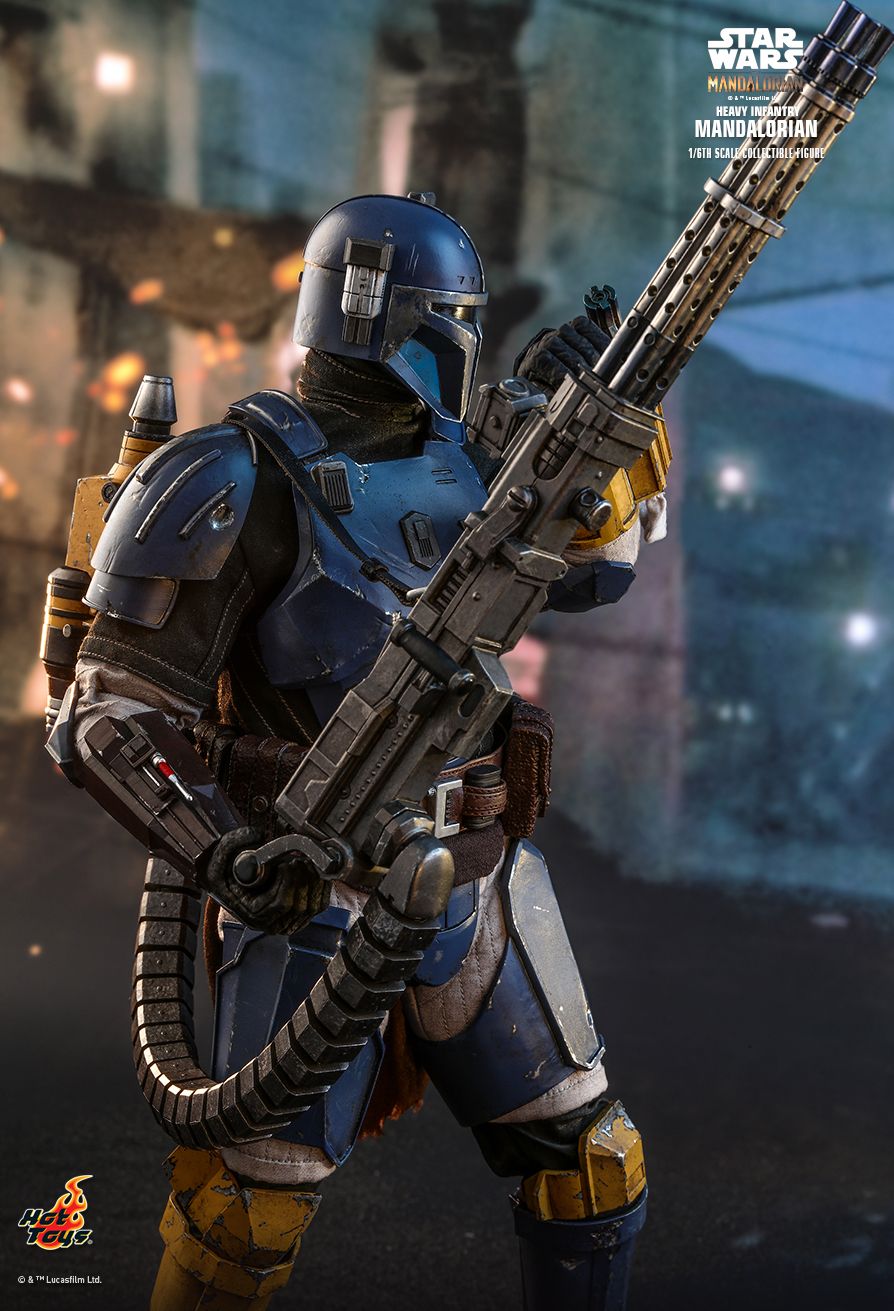 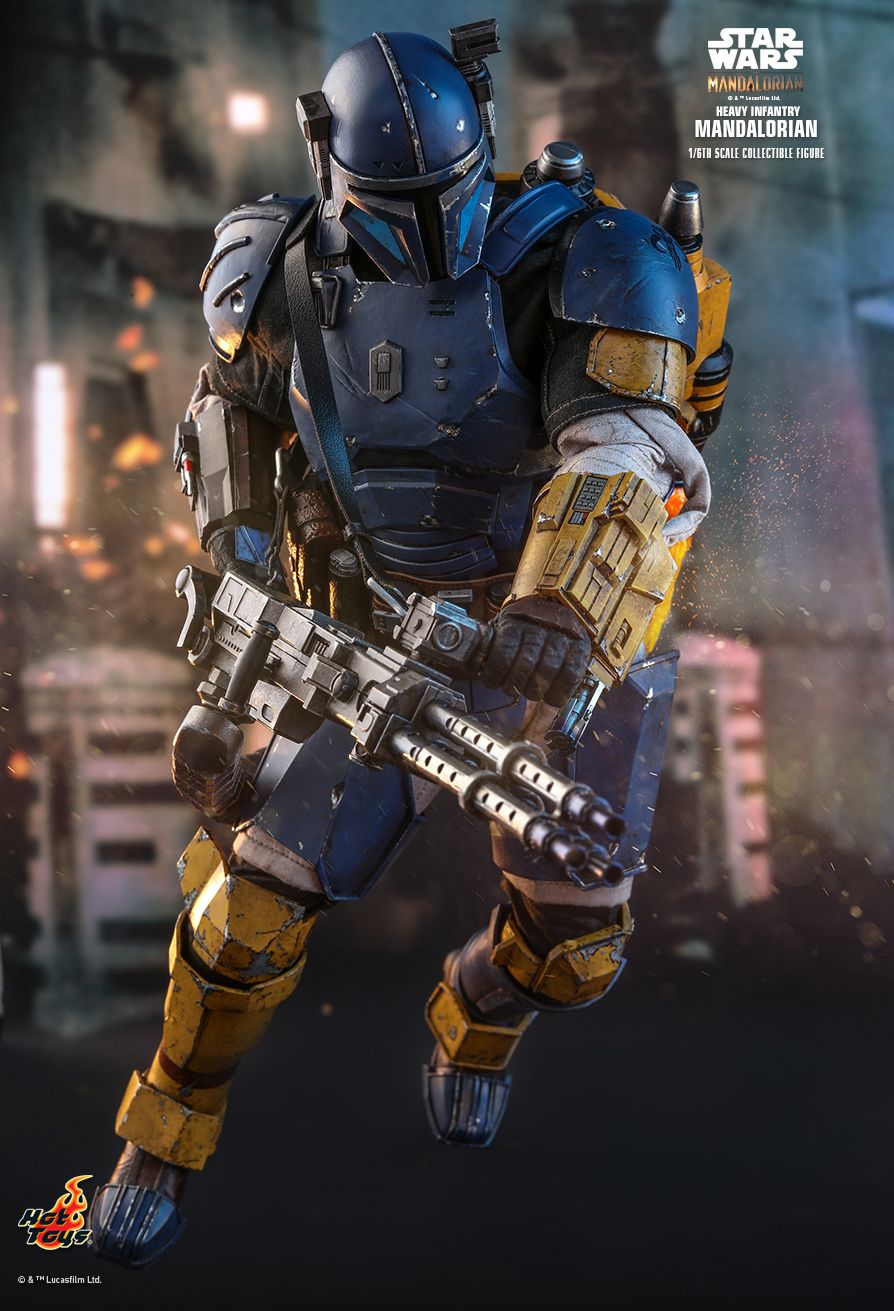 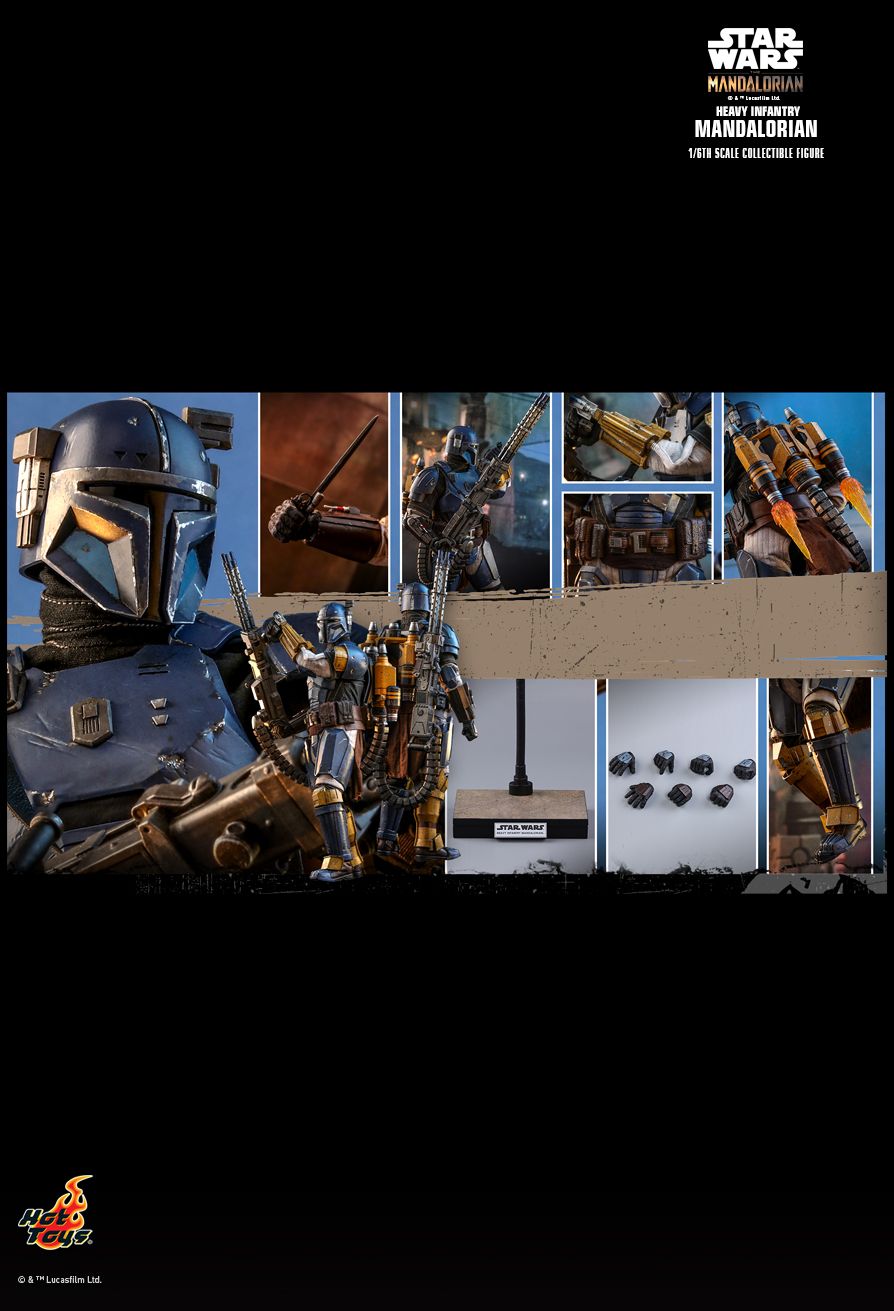 What do you think of this Mandalorian figure?