FiGPiN has announced a brand new Star Wars The Mandalorian Deluxe Box Set, which will be released on FiGPiN.com on Friday, June 19th at 10am PT! 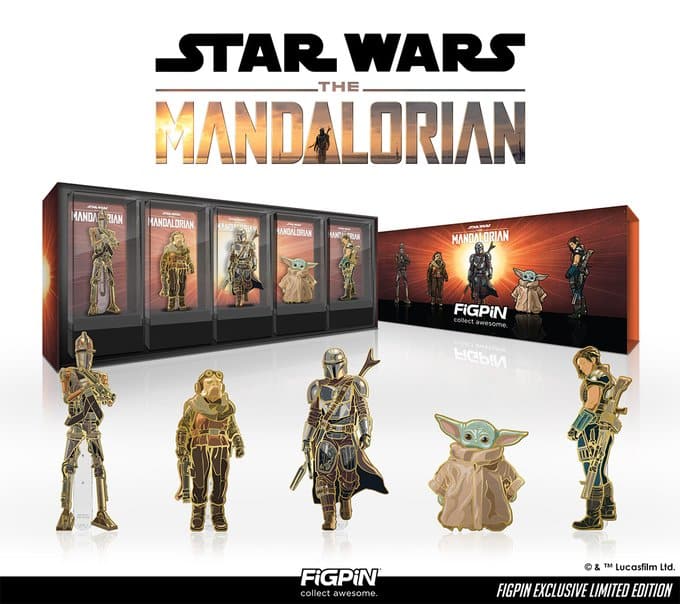 This Deluxe Box Set includes 5 gold plated characters from Season 1 of The Mandalorian and is a limited edition set that includes a special logo pin!    They will be limited to two boxes per person and will be making as many sets as they can, up until their deadline on Monday, June 22nd at 5pm PT.  This is only available for a limited period and won’t produced again.  The box sets will be shipped in September and can be ordered directly from FiGPiN.com
Will you be picking up a set?

Roger has been a Disney fan since he was a kid and this interest has grown over the years. He has visited Disney Parks around the globe and has a vast collection of Disney movies and collectibles. He is the owner of What's On Disney Plus & DisKingdom. Email: Roger@WhatsOnDisneyPlus.com Twitter: Twitter.com/RogPalmerUK Facebook: Facebook.com/rogpalmeruk
View all posts
Tags: collectibles, Mandalorian, star wars