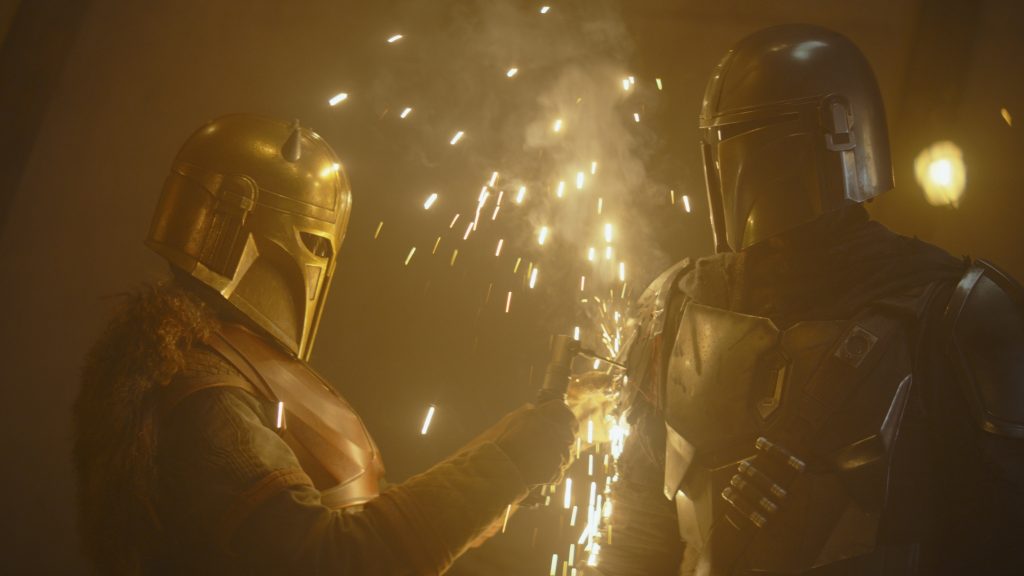 The first ever live action Star Wars series, The Mandalorian, comes to a close in the eighth episode, which picks up on the action from the previous show, with Mando, Cara and Greef being held down under a platoon of Stormtroopers, who are being controlled by the show’s main villain, Moff Gideon.  And this is a new character that is also explored in this episode and is allowed to shine, since we get to see that he is ruthless, smart, cunning and a real threat to Mando, he isn’t just a monster of the week villain that we’ve seen in other episodes.

Once again this episode delivers plenty of action, with loads of big shoot out scenes, explosions and a much more, including a fantastic scene with a Tie Fighter.  During this episode we also get to learn a little bit more about who is the Mandalorian, his background and what does he looks like under the mask!

As you would expect, the series does end with a fantastic cliffhanger leading into the second season (which is currently being filmed) and fans of the animated series, The Clone Wars and Rebels, will instantly get excited for.   For die-hard Star Wars fans, who have seen those animated shows, the ending is going to make much more sense, but for those who haven’t seen them, it might be a little confusing or completely overlooked of its importance within the greater Star Wars universe.  This is one of the great things about this series, the shows creators, which include Dave Filoni, who was behind those animated series, as it just keeps building out the larger Star Wars universe, away from the Skywalkers, with characters having very little knowledge about “The Force”. 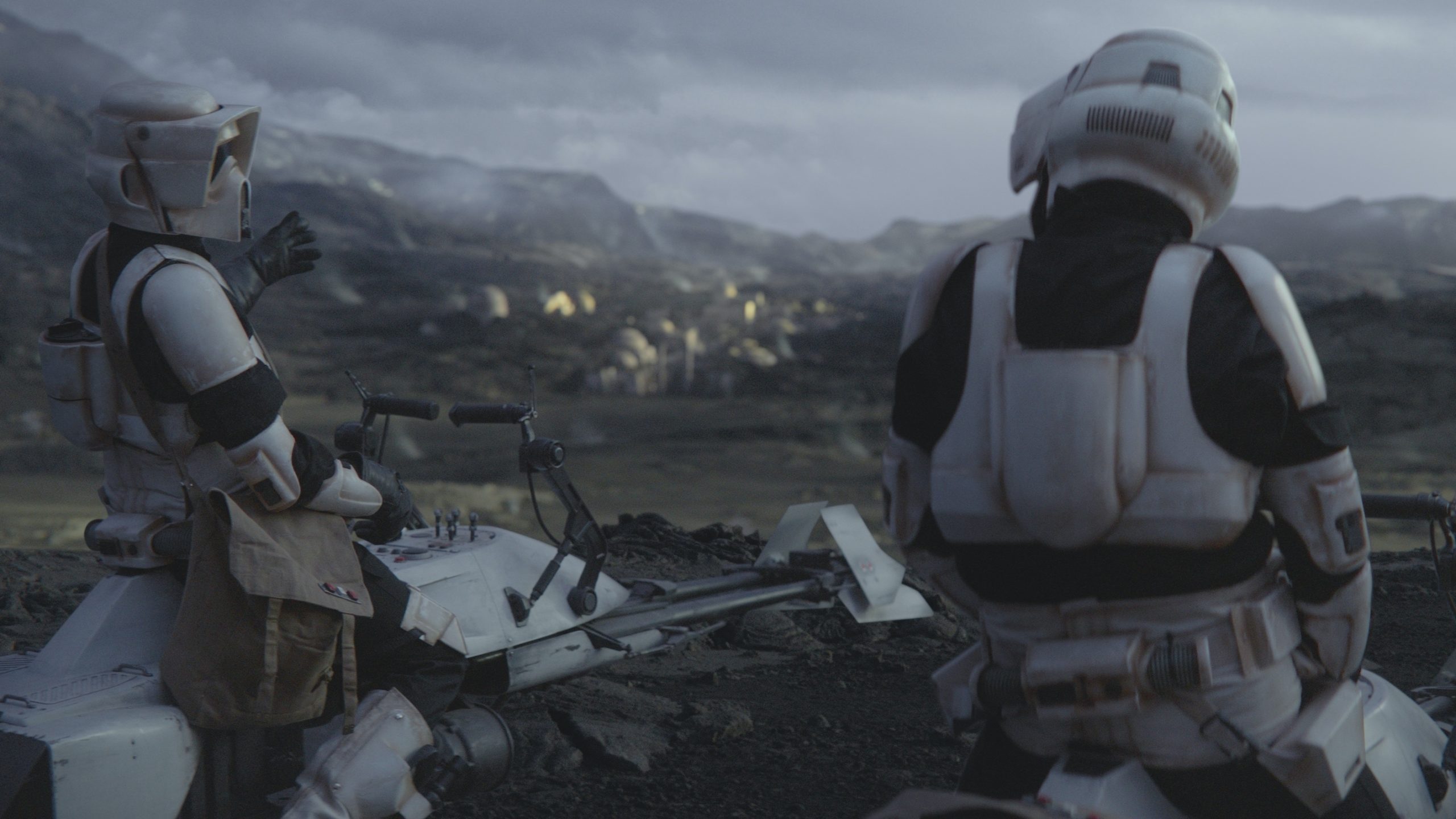 “Baby Yoda” continues to be a delight and has many fantastic scenes, especially one with the Imperial Scout Troopers, which delivered some laughs but also showed the Imperial troops in a more realistic light, which we don’t get to see in the movies.  Though the way they treated “Baby Yoda” and their shooting skills won’t endear them to anyone.  There are many little nods to different types of troopers and equipment, as someone who plays Star Wars miniature games, I noticed lots of different well known weapons being used, that once again shows the love and attention to detail that this series has.  IG-11 is also given much more time to shine, with some loving moments with Mando and the Child, plus an explosive ending that delivers a heartfelt moment.  Though with Taika Waititi voicing IG-11 and directing the episode, its clear he had a lot of love for this character.

The Mandalorian has been the perfect series to kick off Disney+ and is going to be a hard act for anything to follow.  Breaking down the episodes one by one, releasing week to week, has allowed the series time to grow, given fans time to think about the characters and story.  Had this been a movie or released in all one go, like Netflix does, I don’t think this series would have had as much impact.   But for anyone thinking about jumping into Disney+, with the entire series now being available, its a great starting point.

This final episode of the series delivered everything I would have wanted, big action, more character development, some answers, a conclusion and a big cliffhanger to lead into the next season.  I’ve totally loved this series and this episode was one of the strongest.  While this episode answered some of those long running questions, we’ve now been left with a whole new set of questions, which will keep fans guessing until the next season.

Episode 8 was simply a fantastic episode and I can’t wait for more!   Now there is only thing left to do, watch the entire season again!

Roger has been a Disney fan since he was a kid and this interest has grown over the years. He has visited Disney Parks around the globe and has a vast collection of Disney movies and collectibles. He is the owner of What's On Disney Plus & DisKingdom. Email: Roger@WhatsOnDisneyPlus.com Twitter: Twitter.com/RogPalmerUK Facebook: Facebook.com/rogpalmeruk
View all posts
Tags: front, review, star wars, the mandalorian