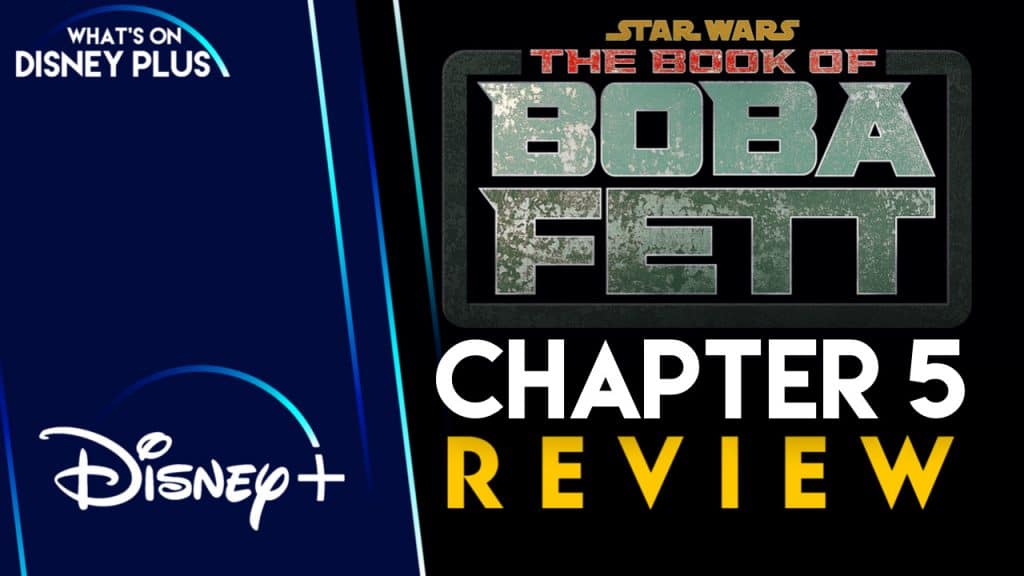 The fifth chapter of “The Book Of Boba Fett” has just arrived on Disney+ and sees Fennec Shand reaching out to a known ally to help in Boba Fett’s upcoming fight with the Pyke Syndicate. 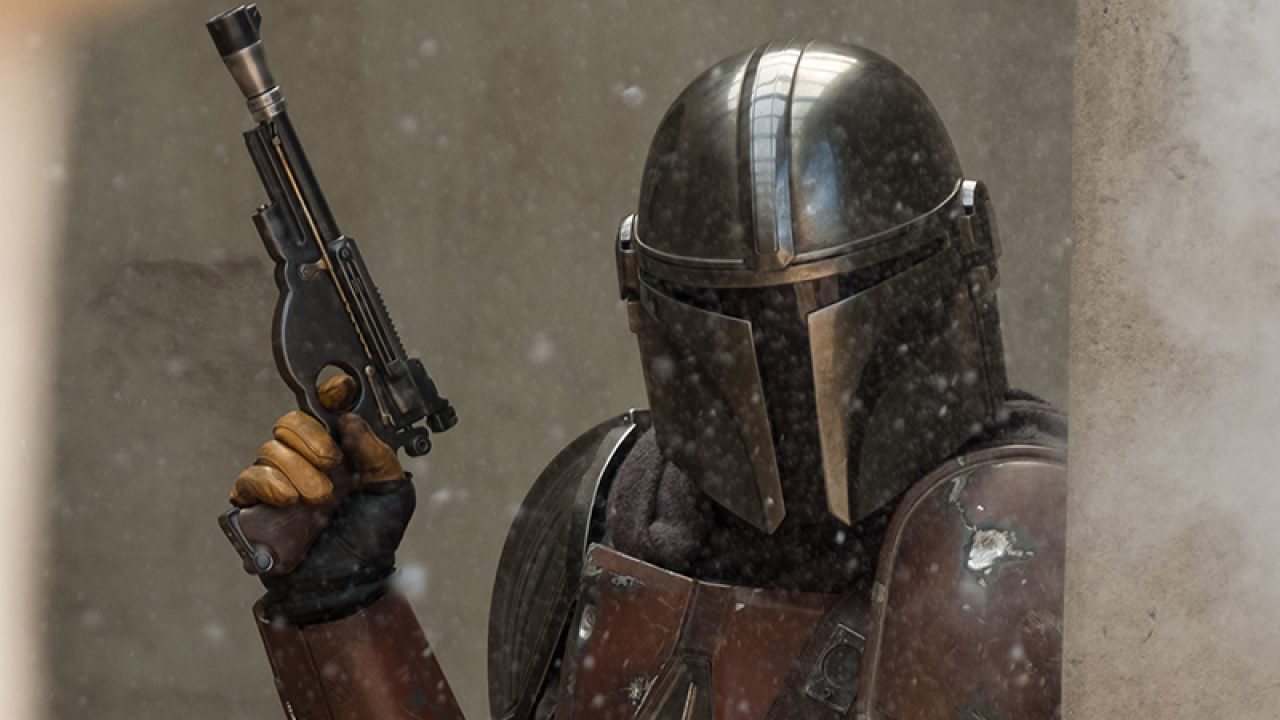 This episode of “The Book Of Boba Fett” gave me that feeling of sliding into your spot on the couch after a day at work, as we leave Boba Fett on Tatooine and head off to a Halo ring in space to catch up with “The Mandalorian”, where he is tracking down a bounty in a meat factory, leading to a quick battle with some locals, that ends up with him injuring himself with the Darksaber.

We are soon reintroduced to some Armourer and a Heavy Mandalorian, who are hiding out on the Halo to regroup after the events of the last season. This also provides us with some history lessons, involving a Terminator-style flashback scene involving some K-2SO droids and Imperial Bombers attacking the home planet of Mandalore. And more importantly, sees Mando get some lessons in how to use the Darksaber, as it’s unlike anything he’s seen before.

Mando then takes a commercial ship back to Tatooine to meet up with everyone’s favourite space mechanic,  Peli Motto, who has a replacement for the Razor Crest, which was destroyed in the last season.  Leading to a montage, where Peli and Mando put together an old Naboo N-1 Starfighter and give it some modifications.  Providing Hasbro, LEGO and every other toy manufacturer a brand new toy ship to sell in the next holiday season, which will no doubt then end up on my bookshelf!

I also really enjoyed watching Mando flying around Tatooine, bringing back those “Phantom Menace” podracing vibes.  I’ve always like how Disney tries connecting the events of the prequel and classic trilogies together more.  Since it would make complete sense that technology or equipment from the Clone Wars would still be around after the Empire has fallen.

As you’d expect, we finally see Fennec show up and ask Mando for some help, which he agrees to, setting up the rest of the season.

One of the interesting things about this episode is that Bryce Dallas-Howard has returned to direct this episode. She makes it feel like a Mandalorian episode, rather than a Boba Fett episode. The style is completely different and certainly lives up to that Mandalorian season 2.5 feel, that had been spoken about, but we hadn’t seen yet. With Mando being involved in the next two episodes of this series, I know I’m much more excited for the rest of this show.

This episode is more about filling in the blanks, fixing a few plot holes that need to be reorganised before the third season of “The Mandalorian”, and setting up why Mando is back on Tatooine with Boba Fett.

Overall:  I really enjoyed this episode.  It’s got a few good action scenes and takes advantage of it being a series, where it can take a little longer setting things up and exploring the more minor details.  In a film, Mando would have just acquired a fully working ship and moved on, but in this series, we see him building and testing it, connecting the viewer more to his new ship.

I didn’t go into this episode expecting basically a brand new Mandalorian episode, but that’s what we got, and I loved it.

Chapter 5, along with previous episodes of “The Book Of Boba Fett”, is available now on Disney+.