This May, Hasbro is celebrating the 40th Anniversary of Star Wars: The Empire Strikes Back, with the release of a new Boba Fett prop replicas helmet from the Black Series.   It’s priced at $119/£119 and available to pre-order from retailers including Entertainment Earth.

Long before The Mandalorian Disney+ series, there was that renowned and feared bounty hunter, Boba Fett and this full sized helmet  features an articulated rangefinder and amazing weathering based on the Star Wars movies. The authentic battered green bucket has silver, red, and black highlights.  The battle damage is very impressive, recreating that special unique look of the character, the one thing that stood out was a bullet dent in the top, which I loved.

It also comes with a visor, which you can see out from while wearing it.  If you put some batteries into the side compartment, the visor has a couple of lights that flash red.  The “electronic” part of the helmet, seems a little bit of a stretch, since its a very basic function and I’m not entirely convinced it was necessary.

You can also wear this helmet, either for cosplay or for a party.  While it’s advertised as “one size, fits many”, if you do have a large head, like myself, its a bit of a squeeze, however I was able to remove the head adjustment piece that is inside, which would usually allow you to adjust it to fit.

Check out my video review below:

I wasn’t too sure about this prop replica Boba Fett helmet when I first saw it announced, but having it in my hands and about to be displayed in my new studio, I’m completely sold on it and am looking for some others from this range for display.   It just looks fantastic and I’m really happy with it.  If Hasbro announced a version for the Mandalorian, it’s going straight onto pre-order for me to go along side this one.

Here is a closer look at this Boba Fett Helmet: 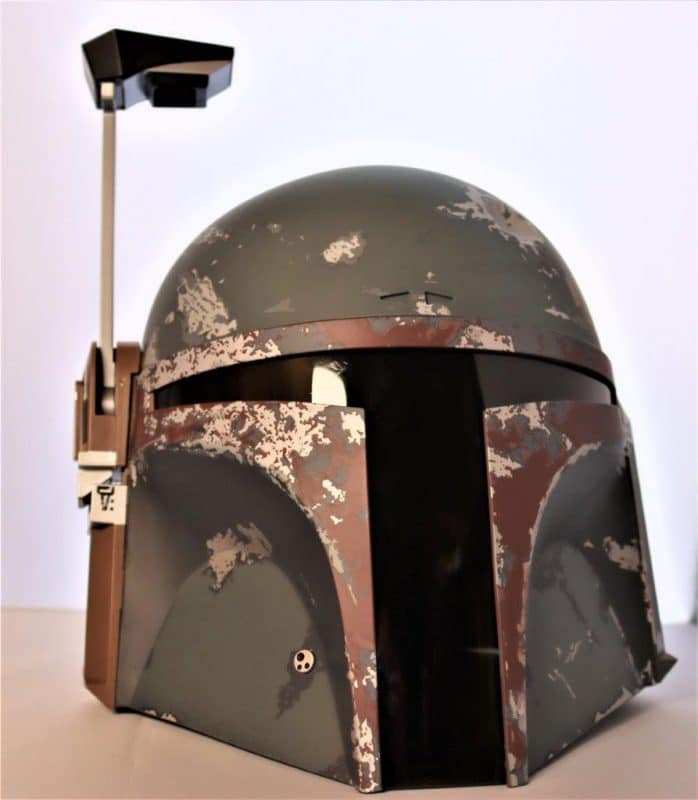 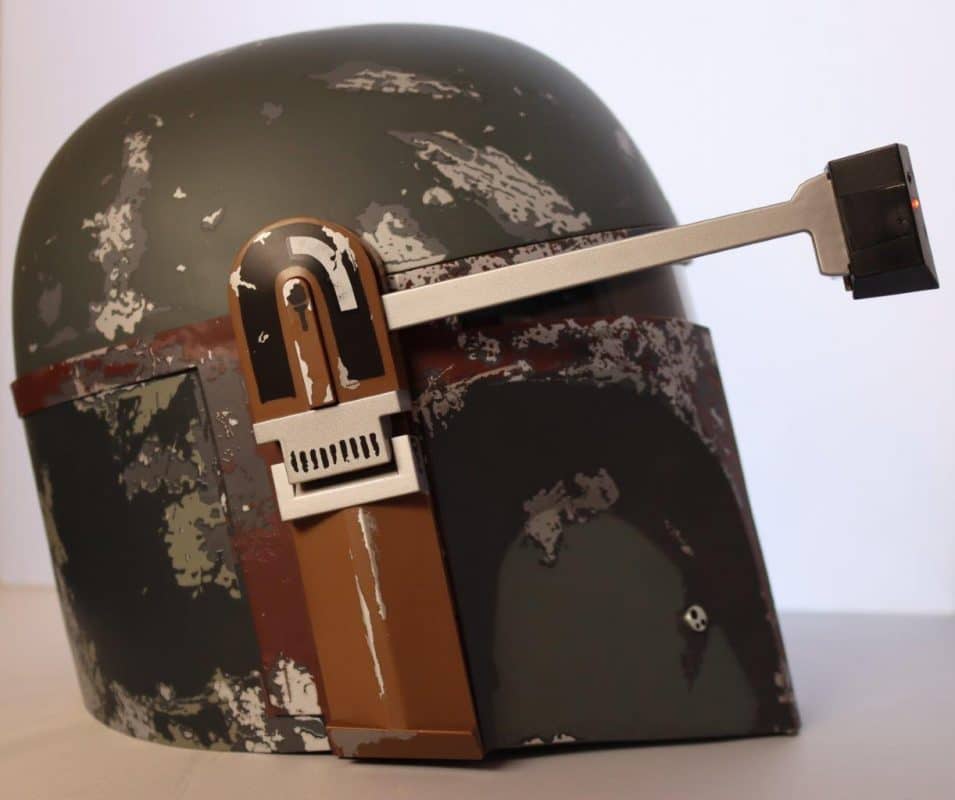 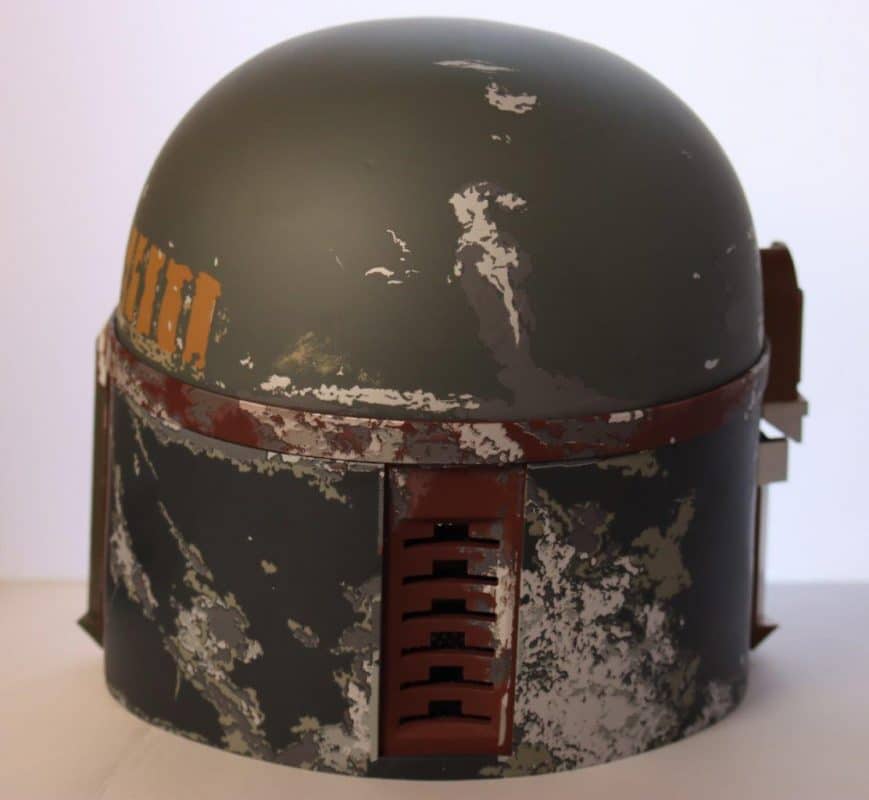 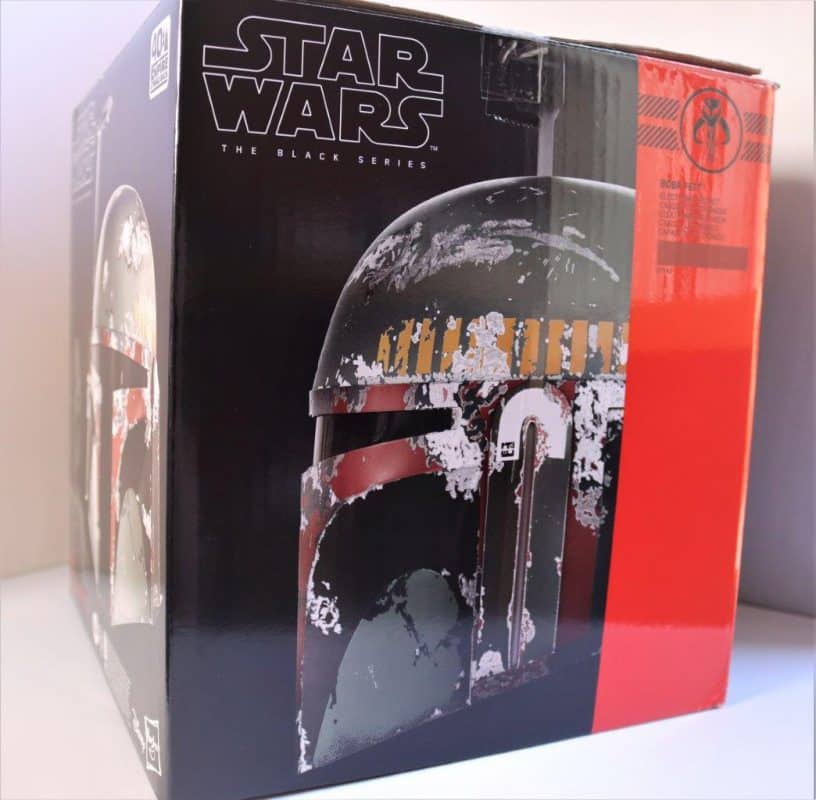 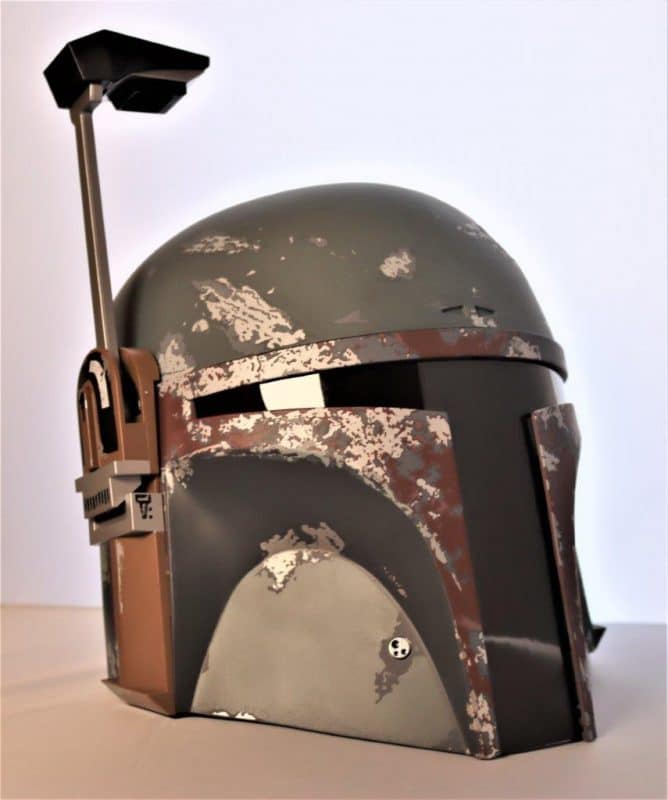 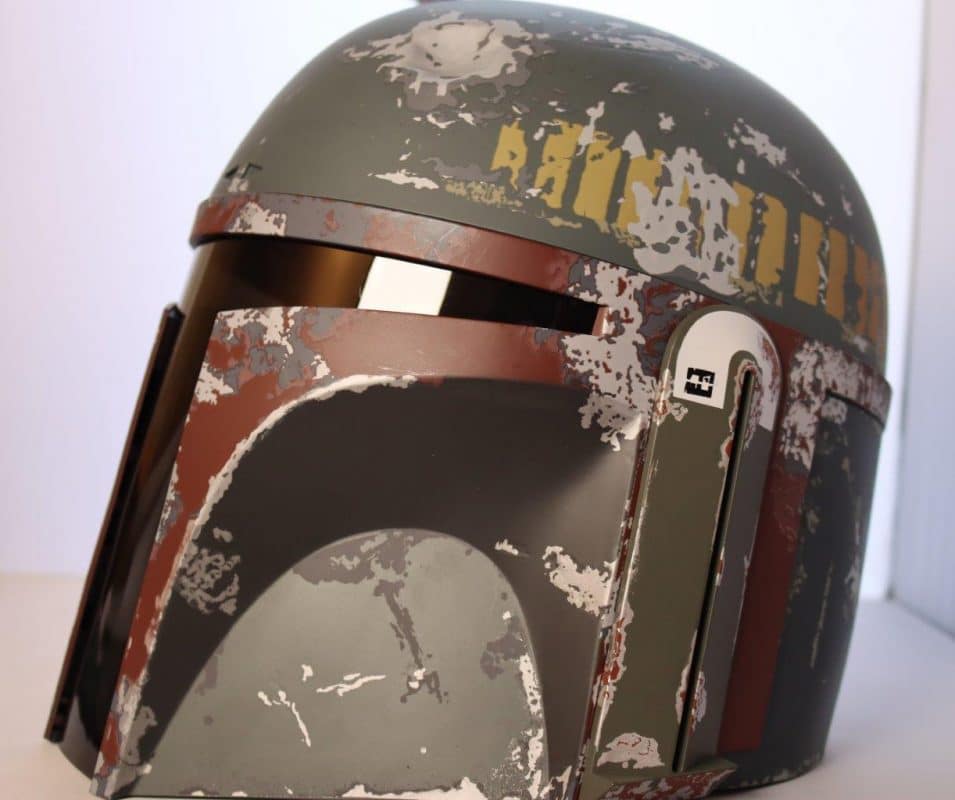 This Boba Fett Black Series Helmet was provided for review purposes by Hasbro.

Roger has been a Disney fan since he was a kid and this interest has grown over the years. He has visited Disney Parks around the globe and has a vast collection of Disney movies and collectibles. He is the owner of What's On Disney Plus & DisKingdom. Email: Roger@WhatsOnDisneyPlus.com Twitter: Twitter.com/RogPalmerUK Facebook: Facebook.com/rogpalmeruk
View all posts
Tags: Hasbro, review, star wars